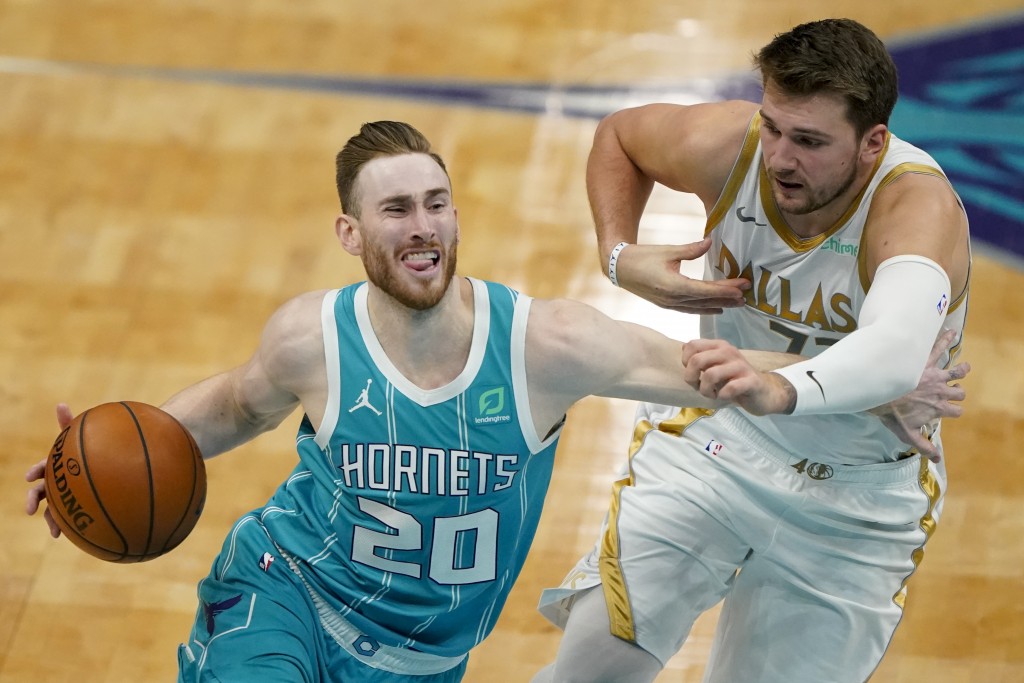 Porzingis played for the first time since having knee surgery in October. The 7-foot-3 Latvian played 21 minutes, finishing 6 of 16 from the floor and 4 of 9 from beyond the 3-point arc. He had four rebounds.

Terry Rozier had 18 points to lead the Hornets. They shot 38% from the field and had their four-game winning streak snapped.

DETROIT (AP) — Giannis Antetokounmpo had 22 points, 10 rebounds and 10 assists for his 20th triple-double and Milwaukee beat Detroit for the third time this month.

The Bucks built a big early lead with a flurry of 3-pointers. Brook Lopez connected three times from beyond the arc in the first quarter, when the Bucks were 7 of 11 from long distance. Detroit was 4 of 20 overall in the period and trailed 27-13 after one.

Jrue Holiday added 21 points for the Bucks. Jerami Grant had 22 for Detroit.