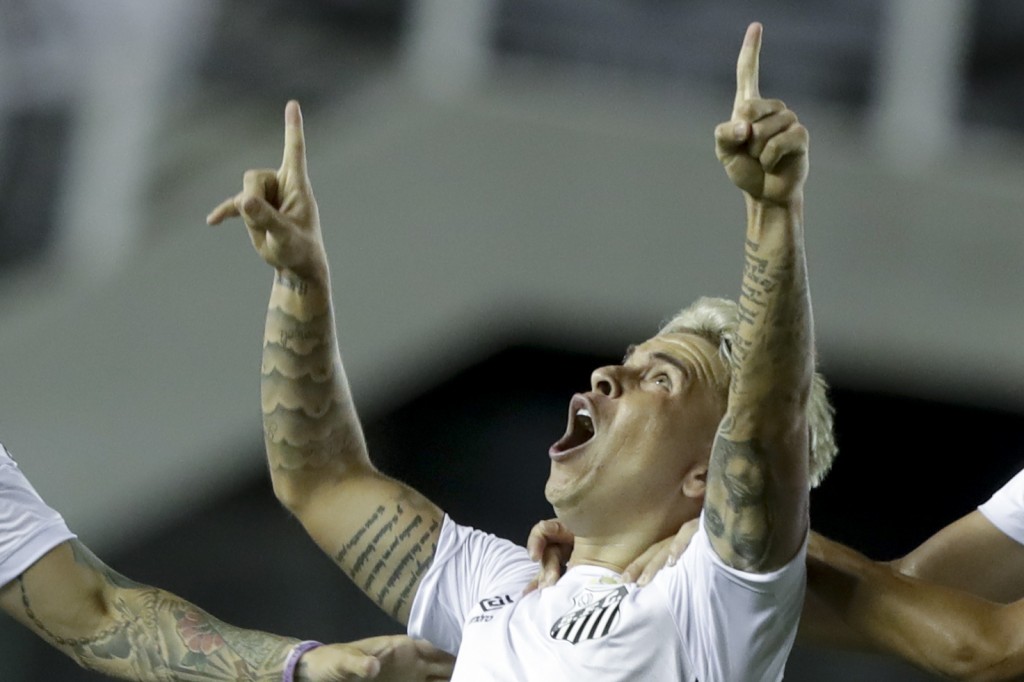 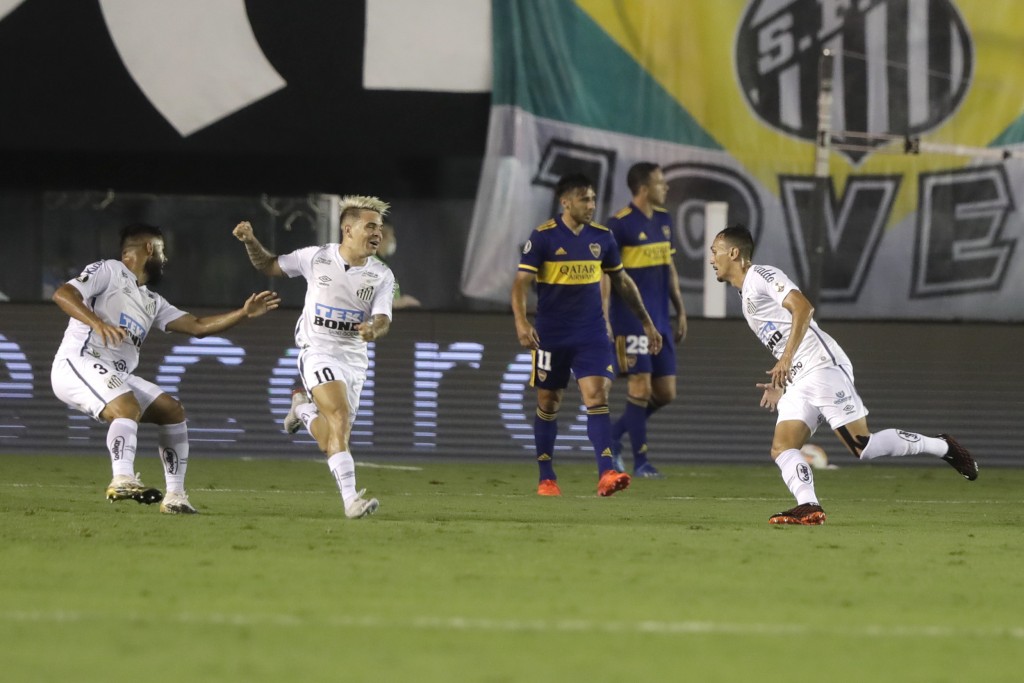 SAO PAULO (AP) — Santos defeated Boca Juniors 3-0 on Wednesday to advance to the Copa Libertadores final against Palmeiras. The first leg of the tie last week ended in a goalless draw in Buenos Aires.

The decider will be played on Jan.30 at the Maracanã stadium in Rio de Janeiro. There will be no fans because of the COVID-19 pandemic.

Santos opened the scoring in the 16th minute. Venezuela's Jeferson Soteldo took a crossed that touched the hand of Boca defender Lisandro López.

Santos' second goal came in the 49th minute when Soteldo entered the penalty area and scored with a shot to right of goalkeeper Esteban Andrada.

Only two minutes later, Lucas Braga scored the third after a run from Santos' Marinho.

Any chance for Boca vanished after defender Frank Fabra got a straight red card after intentionally stepping on Marinho when the Santos player was on the ground. Veteran striker Carlos Tevez had no opportunities to score during the entire match.

Both Santos and Palmeiras will play their fifth Copa Libertadores final, but the club where Pelé first appeared will seek its fourth title, the first since 2011 when Neymar was the leader. Palmerias will try for its second. It also won in 1999.

On Tuesday, Palmeiras lost 2-0 at home to River Plate, but reached the final due to their 3-0 victory in Buenos Aires in the first leg. The team is coached by Portugal's Abel Ferreira, who was signed by the club less than three months ago.

Santos' coach Alex Stival, known as Cuca, seeks his second title after winning the Copa Libertadores in 2013 with Atletico Mineiro. Before the impressive campaign with a group of little known players, Cuca was hospitalized with COVID-19 for several weeks.

It will be the third time that the Copa Libertadores final will be an all-Brazilian affair. In 2005, Sao Paulo FC beat Athletico Paranaense. The following year, the club failed to defend its title in a decider against Internacional.