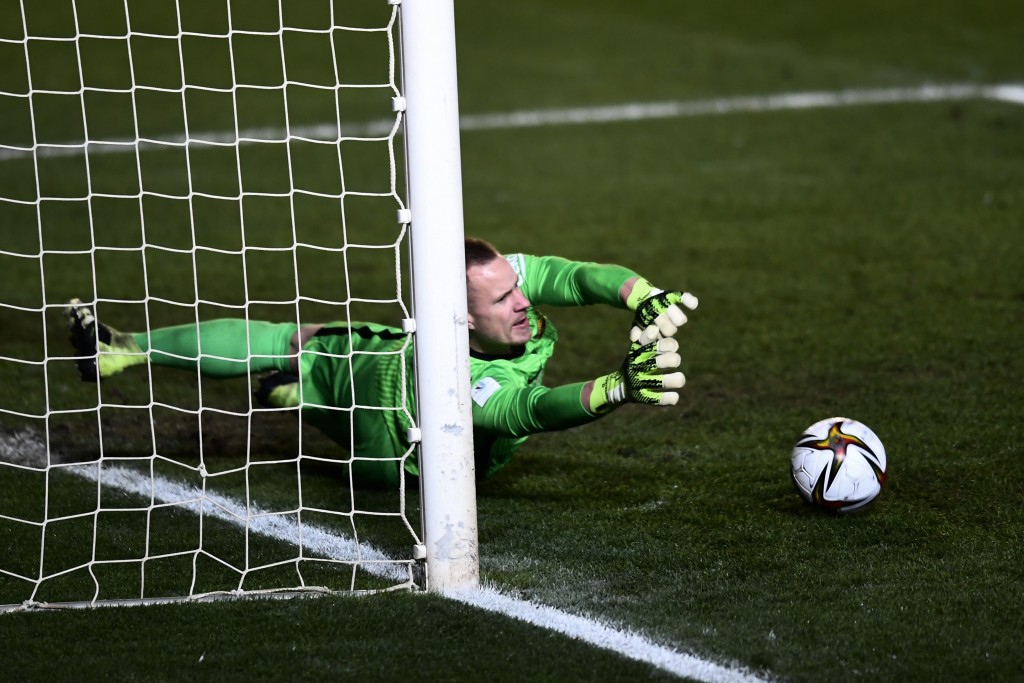 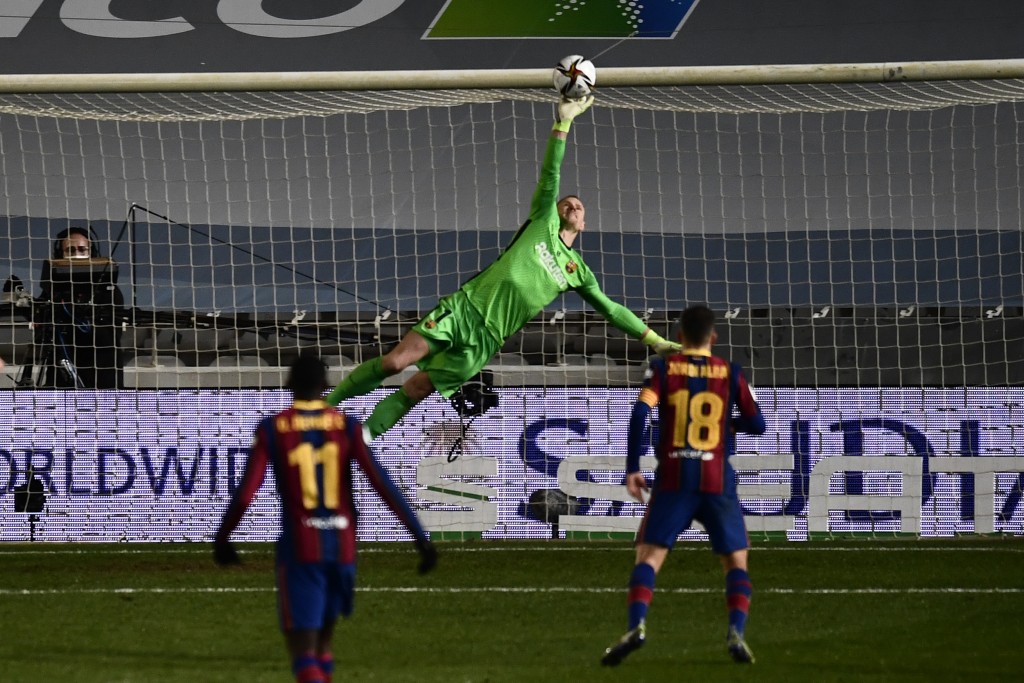 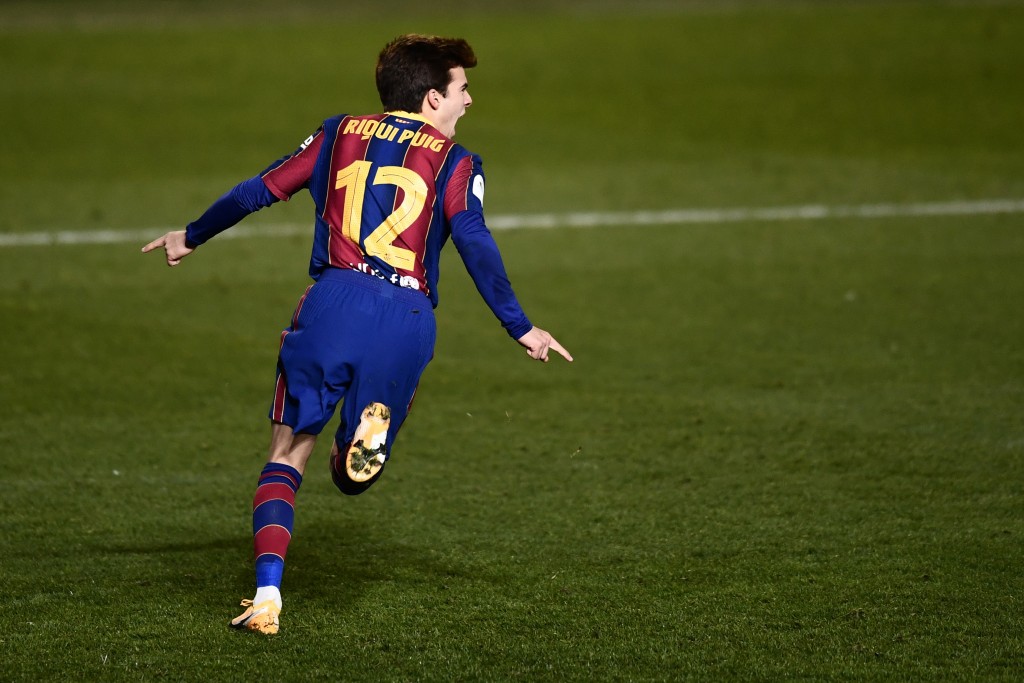 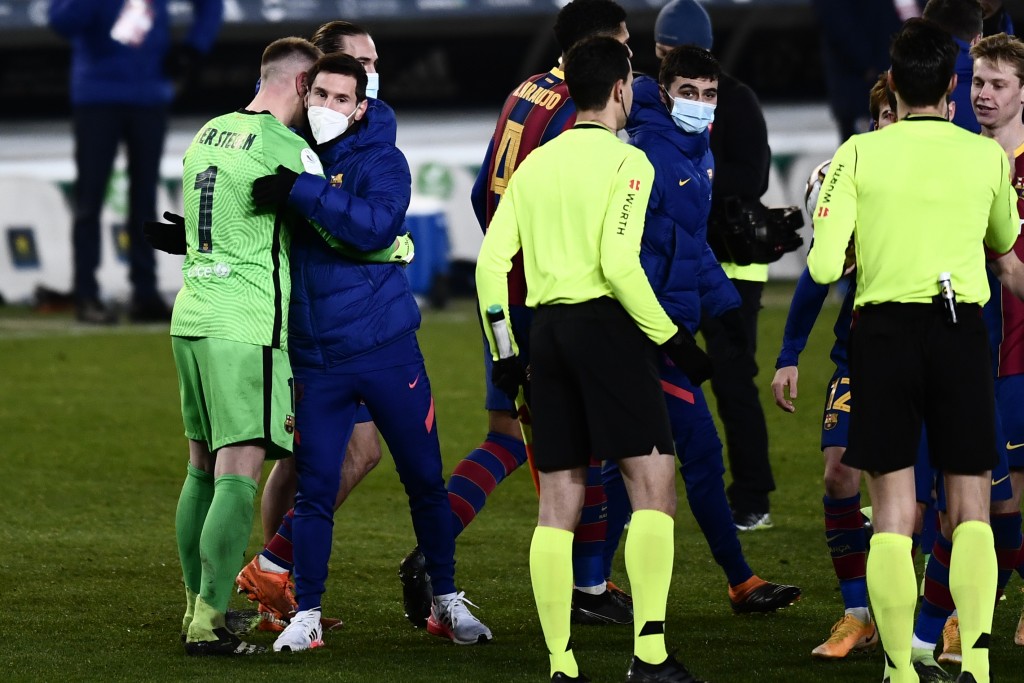 CÓRDOBA, Spain (AP) — Marc-Andre ter Stegen made two crucial saves in extra time and then stopped two penalties in the shootout Wednesday to help a Barcelona side without Lionel Messi beat Real Sociedad and reach the final of the Spanish Super Cup.

Ter Stegen blocked penalties by Jon Bautista and Mikel Oyarzabal in the shootout before Barcelona substitute Riqui Puig converted the winning spot kick after the game had ended 1-1.

Frenkie de Jong and Antoine Griezmann missed their penalties for Barcelona, forcing Ter Stegen to keep his team in the shootout before Puig's decisive effort. Ousmane Dembele and Miralem Pjanic also converted theirs for the Catalan club.

De Jong put Barcelona ahead with a skillful header in the 39th. Oyarzabal equalized from the spot after De Jong used his arm to cut off a pass in the area in the 51st.

Messi watched the match from the stands in the intense cold at Córdoba’s Nuevo Arcángel Stadium. He had been substituted early in Barcelona’s 4-0 win at Granada on Saturday. He also missed a 1-1 draw with Eibar two weeks ago due to a right ankle problem.

Barcelona will face the winner of the other semifinal between Real Madrid and Athletic Bilbao to be played in Granada on Thursday.

The Super Cup was moved to southern Spain after the coronavirus pandemic stopped it from being held in Saudi Arabia for a second straight year as planned.