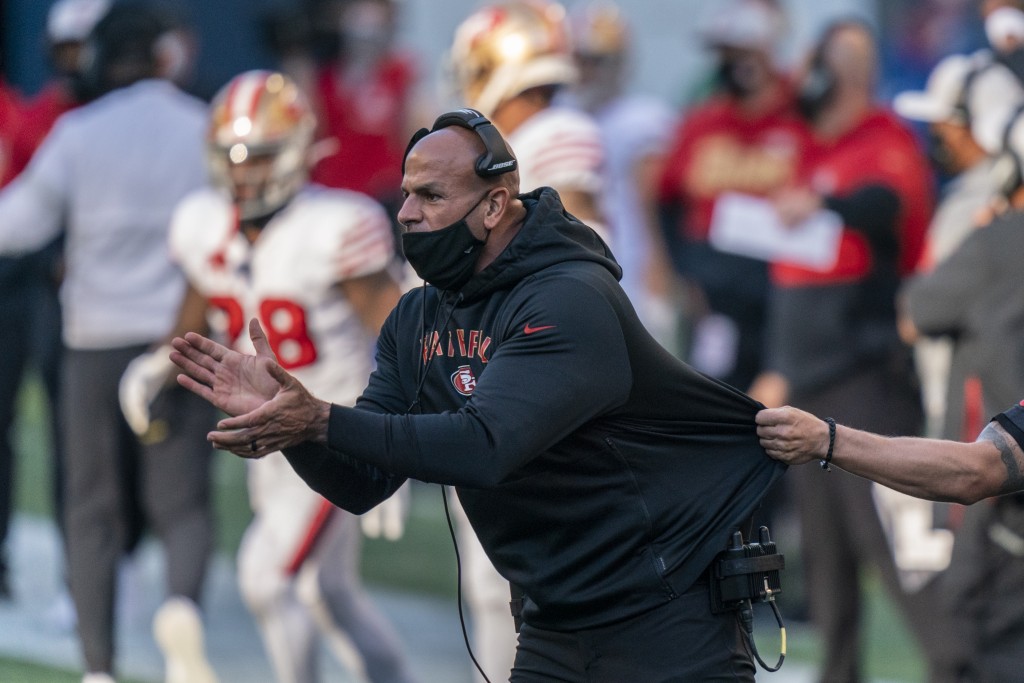 NEW YORK (AP) — The search for a new coach continues for the New York Jets after they completed an in-person interview with San Francisco 49ers defensive coordinator Robert Saleh on Wednesday without apparently reaching a deal.

Saleh was the first of the nine known candidates to speak remotely with the Jets last week to be hosted by the team at its facility in Florham Park, New Jersey.

The Jets announced on social media they had completed their second interview with Saleh, which typically has indicated that a candidate has left the facility.

Smith, who has led Tennessee's offense the last two seasons, is believed to also be very high on New York's list.

The 41-year-old Saleh emerged as the favorite for the Jets job when he was brought in for a second interview, but could end up having his pick of the job openings. Philadelphia, which fired Doug Pederson on Monday, is believed to be interested in speaking to him. Saleh previously interviewed with Detroit, Atlanta, Jacksonville and the Los Angeles Chargers before the in-person meeting with New York.

Saleh, recognized as an energetic leader who is well liked by his players, has been the 49ers’ defensive coordinator under Kyle Shanahan since 2017, overseeing San Francisco’s defense that ranked No. 2 overall on the way to the Super Bowl last season.

Even with several injuries to key players this year, the 49ers finished fifth in overall defense under Saleh.

The Jets fired Adam Gase on Jan. 3 after just two seasons, during which he went 9-23 — including a 2-14 finish this year that was marked by a franchise-worst 0-13 start.