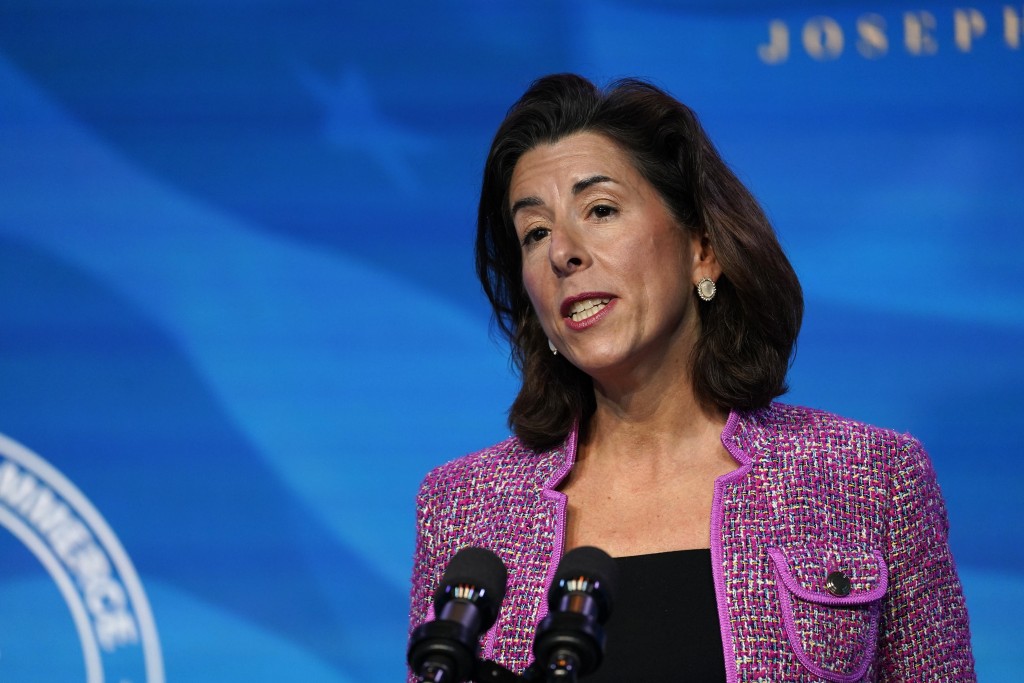 President-elect Joe Biden’s nominee to lead the Commerce Department said Wednesday if confirmed she will take much of what she has learned improving her home state of Rhode Island’s economy and apply it at the federal level.

Raimondo was elected governor in 2014 and won reelection in 2018.

Under her administration, thousands of people retrained for new jobs, access to college was improved, and the state invested in infrastructure, which created jobs, and in innovation for the changing economy, she said. Even during the pandemic, the state has retrained thousands of residents who lost their jobs for new careers.

“In this unprecedented moment for our country, I believe that these initiatives that we have worked on here in Rhode Island together will provide a blueprint for how to rebuild America in a way that lifts up those who have been left behind,” she said.

Raimondo said she never pictured herself in Washington but was “deeply honored" by her nomination, which was announced last week.

The country is facing a dual health and economic crisis, a situation that no one could have ever imagined, she said.

“So when the President-elect called and asked me to serve and really lean in to this work of job creation and building back better at this moment of unprecedented economic crisis and asked me to help lead through this pivotal moment in our nation's history, I felt that I had to say yes.”

Raimondo, 49, is a former venture capitalist who before becoming governor served as state treasurer. As commerce secretary, Raimondo's job would be to help set the Biden administration’s trade policy and promote U.S. opportunities for growth domestically and overseas.

The nomination is subject to confirmation by the U.S. Senate.