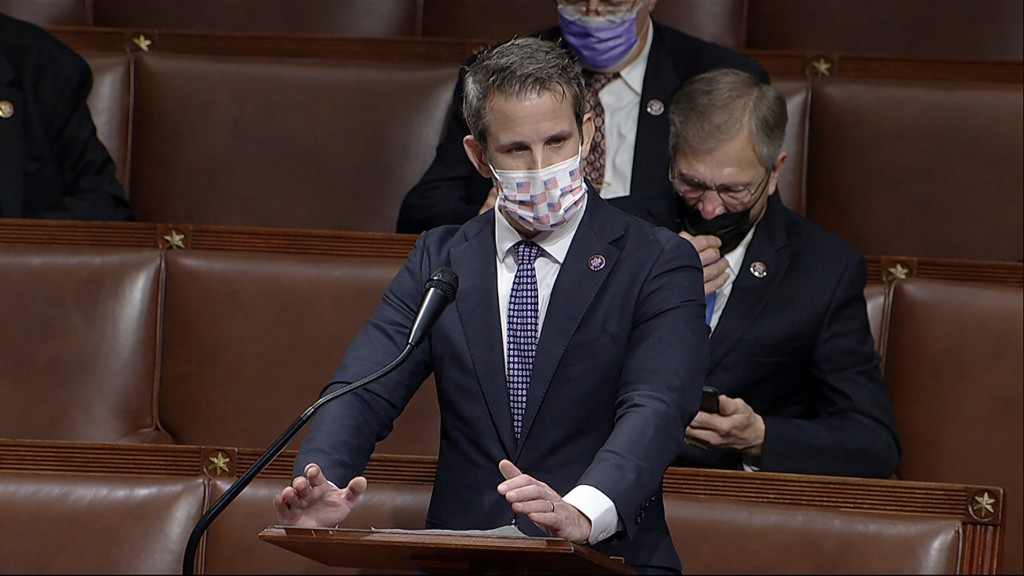 WASHINGTON (AP) — The Latest on the fallout from the attack of the U.S. Capitol by pro-Trump loyalists (all times local):

The House is set to vote Wednesday afternoon on impeaching Trump for a second time, accusing him of rallying a violent mob of supporters to attack the U.S. Capitol last week. If that isn't an impeachable offense, Kinzinger said, “I don't know what is.”

Several other Republicans are backing impeachment, including No. 3 GOP leader Liz Cheney.

“This is one of these moments that transcends politics,” the Illinois lawmaker told “CBS This Morning” in an interview ahead of the vote.

Besides Kinzinger and Cheney, other Republicans backing impeachment are John Katko of New York, Fred Upton of Michigan and Jaime Herrera Beutler of Washington.

Kinzinger wouldn’t say how many more GOP lawmakers might vote to impeach, but said, “there’ll be more than the five you’ve seen so far.”

HERE’S WHAT YOU NEED TO KNOW ABOUT THE FALLOUT FROM THE RIOTING AT THE CAPITOL:

The U.S. House plans the unprecedented vote Wednesday to impeach President Donald Trump for a second time. The move comes one week after he encouraged a mob of loyalists to “fight like hell” against election results and the U.S. Capitol became the target of a deadly siege.

— House on verge of 2nd impeachment of Trump

—FBI says it warned of prospect of violence ahead of riots

—Safest place in Washington no more: A reporter's disbelief