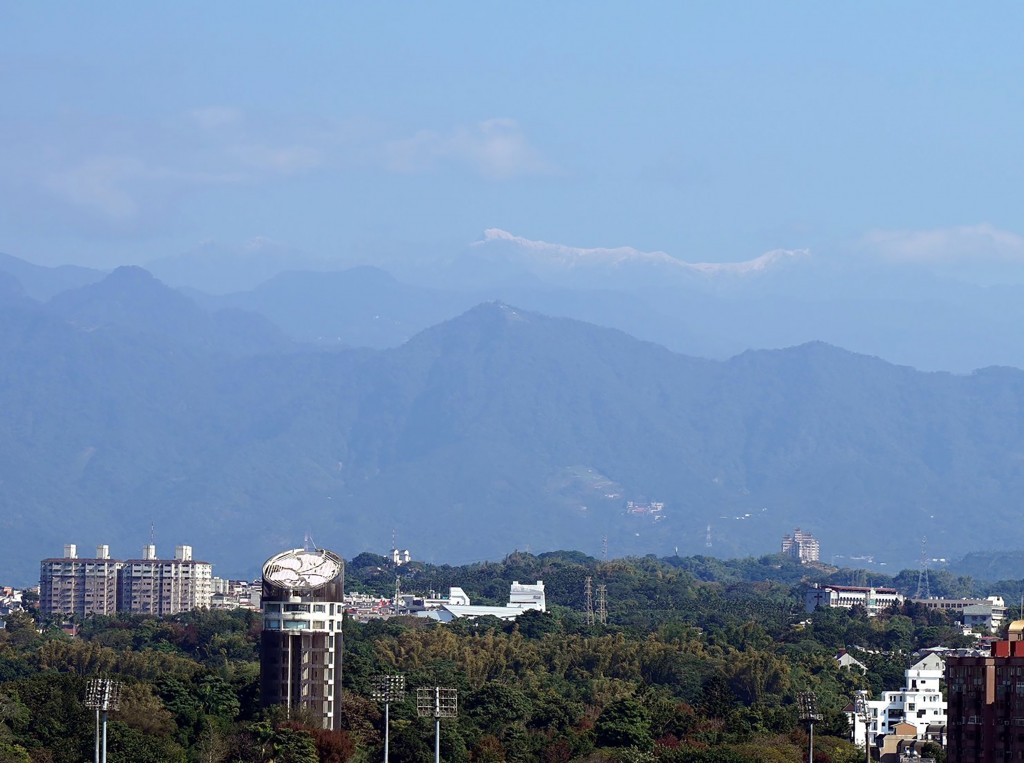 TAIPEI (Taiwan News) — Just days after residents of Taiwan’s cities rushed to the mountains to witness snowfall, clear and sunny skies on Wednesday (Jan. 13) allowed people in Chiayi City to admire a snow-capped Yushan from a distance.

The country’s tallest peak, also known as Jade Mountain, is 3,952 meters high but is often difficult to spot from the southern Taiwanese city due to clouds or poor air quality.

However, on Wednesday, skies across most of Taiwan cleared up, with abundant sunshine and temperatures rising above 20 degrees, CNA reported.

The view of Yushan from Chiayi reminded residents of a famous Taiwanese painting, “Snow on Jade Mountain” (玉山積雪) by the late master Chen Cheng-po (陳澄波). It was reportedly his last painting before being executed by the Kuomintang government during the White Terror period in 1947.

Photographers hurried to capture the scene and posted their work on social media, as the combination of blue skies and the snow-capped mountain were too rare to miss.