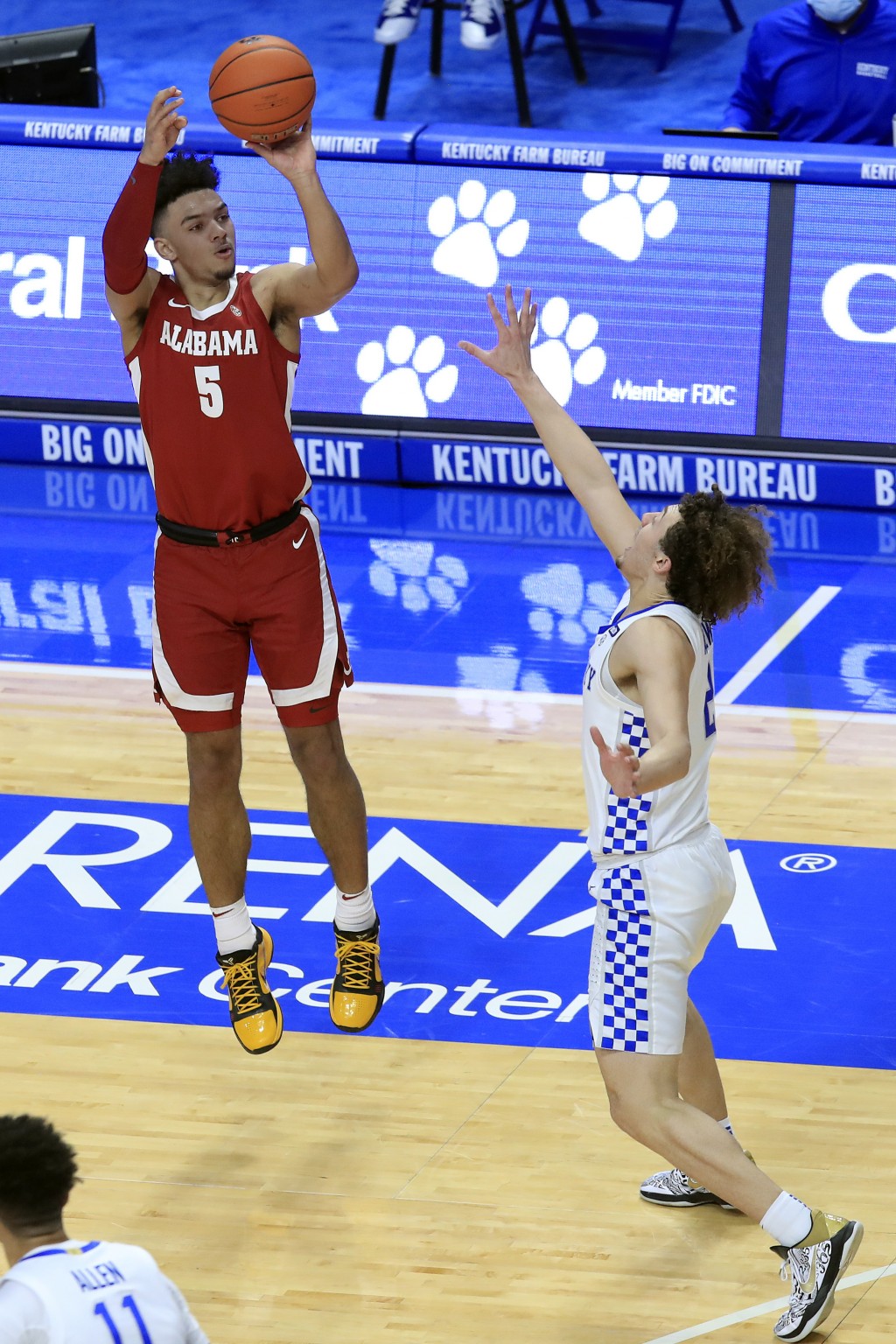 The Crimson Tide (10-3, 5-0 SEC) won their fifth consecutive game to remain atop the conference. They never trailed, and after the second-place Wildcats tied the game at 17-all, soon answered with consecutive 3s by Shackleford, Petty and Alex Reese (eight points) to regain the lead for good. The Tide led 67-47 with 6:49 remaining.

Petty was 4 of 7 from behind the arc and 9 of 15 overall as Alabama snapped an eight-game losing streak at Rupp Arena with its first win since Jan. 14, 2006 (68-64). Shackleford was 6-of-15 shooting including two 3s, among seven players to hit at least one from deep as the Tide finished 14 of 30. It marked their second-highest total this season and the eighth time they've reached double digits.

Alabama's 3-point shooting was slightly better than their overall percentage (31 of 68, 46%). Joshua Primo had 12 points with a 3 for the Tide.

Isaiah Jackson had 14 points off the bench, Devin Askew 12 points and Keion Brooks Jr. 10 for Kentucky (4-7, 3-1), which had won its previous three contests.

The Wildcats controlled the boards 44-36 and recorded nine blocks but played catchup throughout against Alabama's outside shooting and fast pace. They finished 21 of 61 from the field, including 4 of 18 from long range.