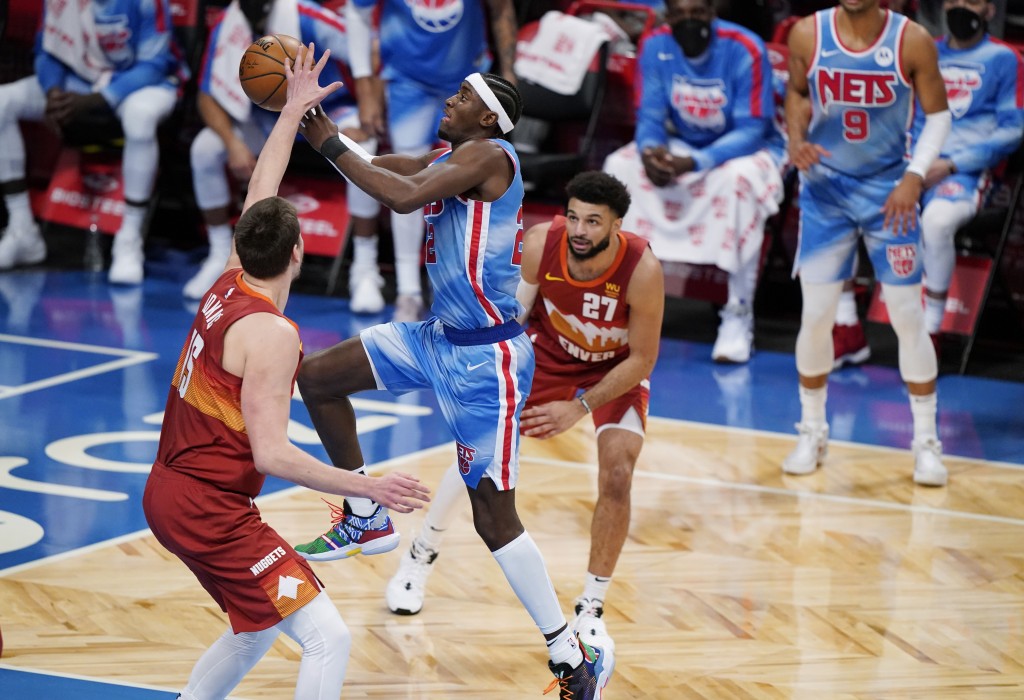 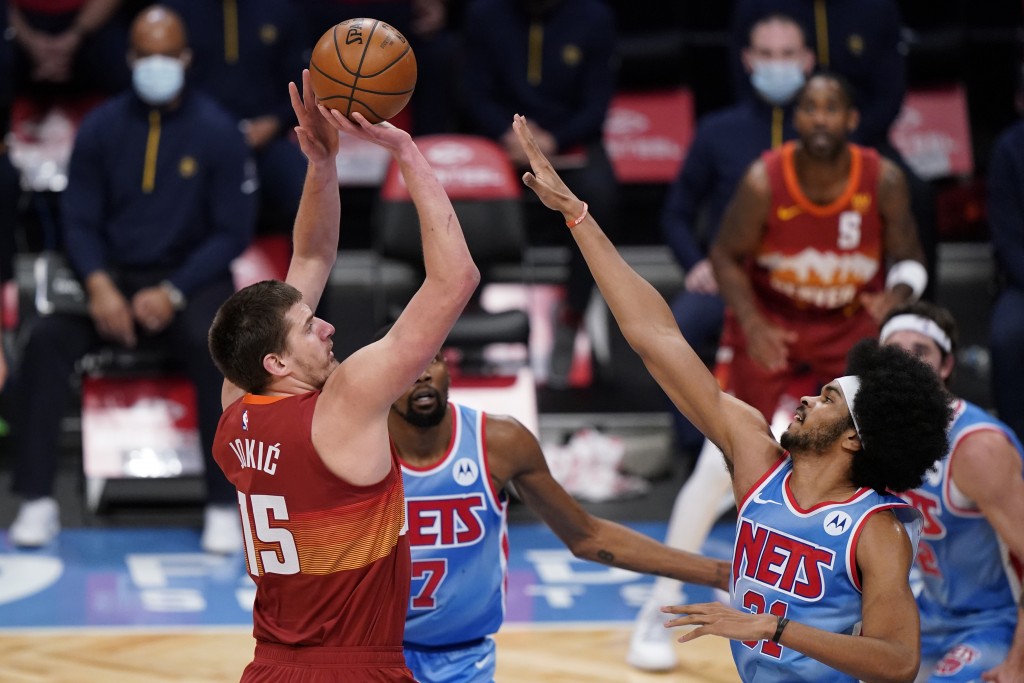 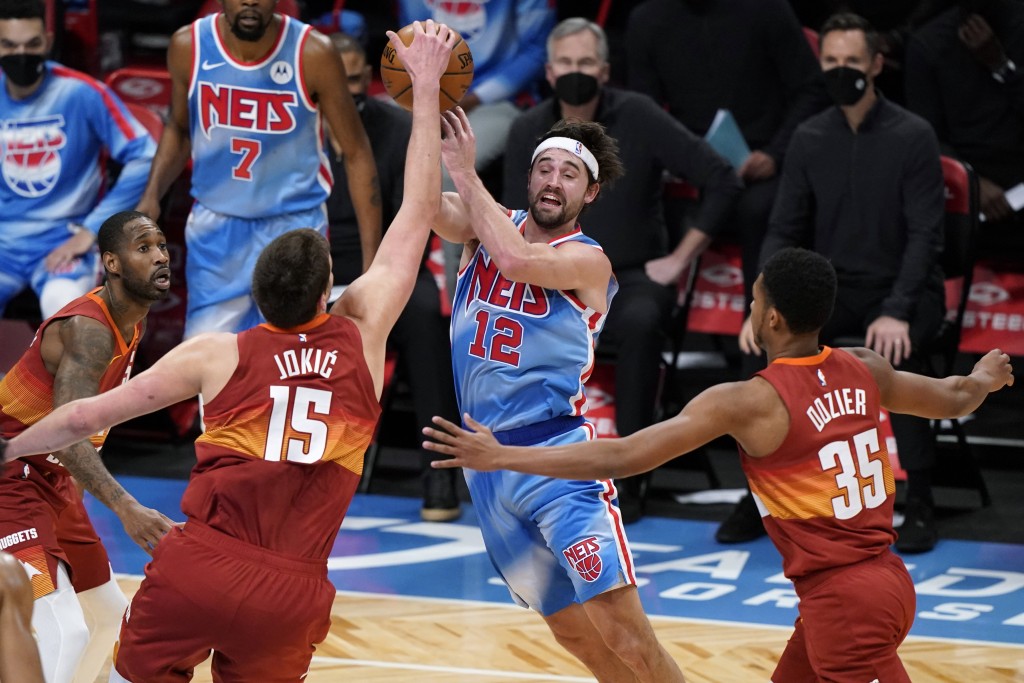 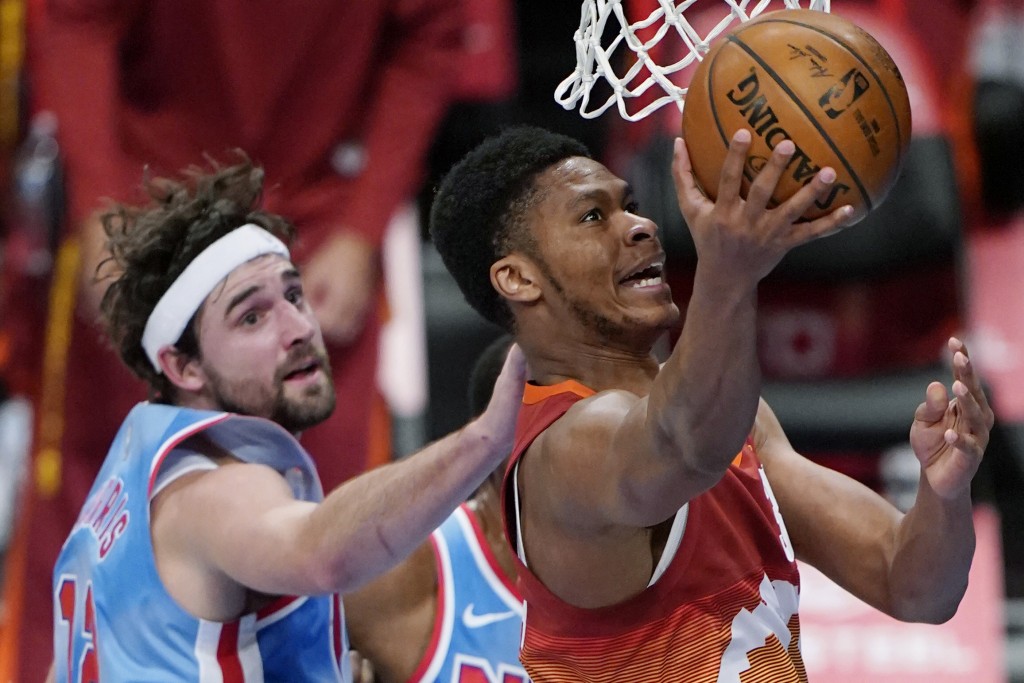 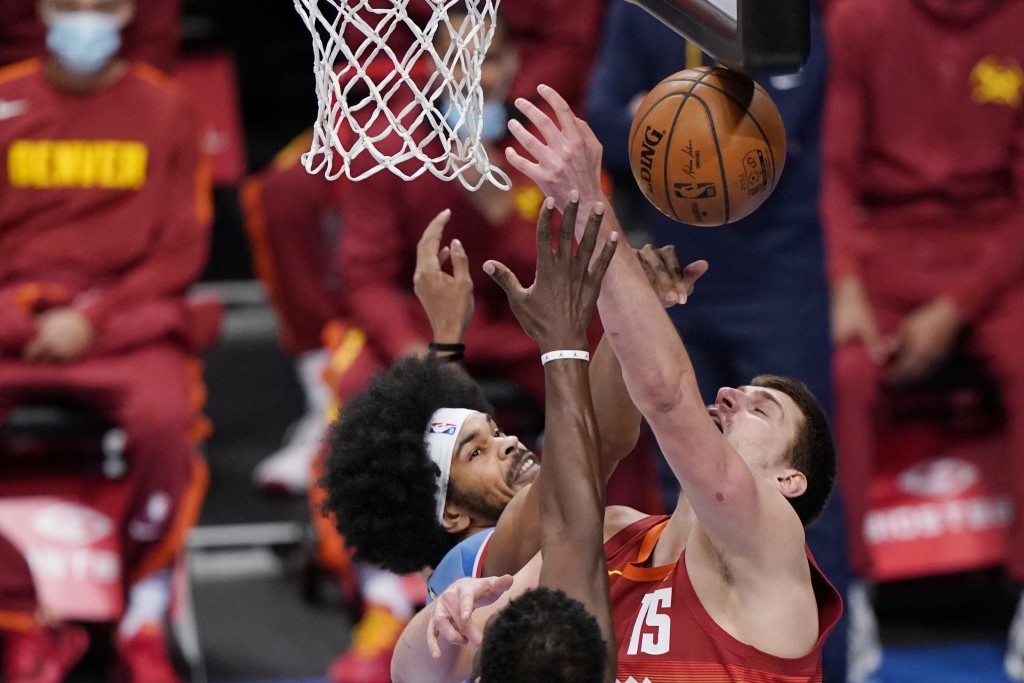 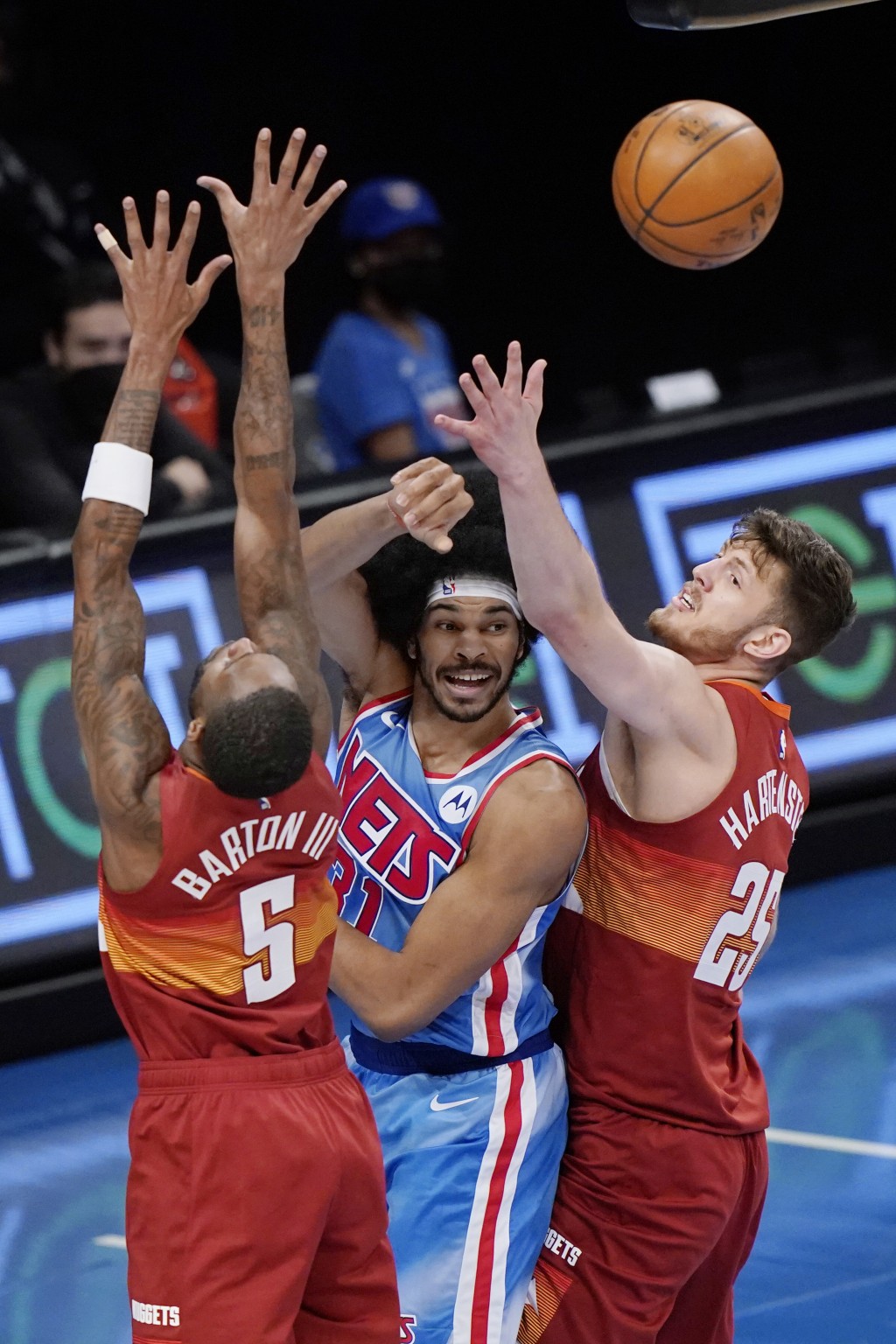 NEW YORK (AP) — Kevin Durant had 34 points, 13 assists and nine rebounds, Bruce Brown made a huge contribution while starting for the absent Kyrie Irving, and the Brooklyn Nets rallied from 18 down to beat the Denver Nuggets 122-116 on Tuesday night.

Brown scored 16 points, including the tying and go-ahead baskets down the stretch. Durant followed with Brooklyn's next six points, including a 3-pointer that essentially put it away at 120-113 with 27 seconds to play.

Nikola Jokic had 23 points, 11 assists and eight rebounds for the Nuggets, who were trying to sweep a three-game road trip. But they were outscored 68-46 in the second half and squandered their chance to climb above .500 for the first time this season.

Caris LeVert added 20 points for the Nets, who had dropped two in a row during Irving's four-game absence for personal reasons and seemed well on their way to a third when they trailed 79-61 early in the third quarter. But they got hot from 3-point range and Durant from just about everywhere.

They blew past the Nuggets with a 29-4 run that gave them a 90-83 lead, and when Jokic checked out after the next possession he kicked over a chair in the last row of Denver’s bench in frustration.

Jokic scored 13 points in the first quarter and Denver already led by double digits barely a minute into the second. The lead was eight with about four minutes left before Murray finally got going with three baskets, including a 3-pointer that made it 70-54 at the break.

Nets: Coach Steve Nash wasn't sure if Durant would play Wednesday at New York. Durant, who missed last season recovering from surgery to repair a ruptured Achilles tendon, sat out the second half of the Nets' first back-to-back of the season. “I really hope Kevin plays tomorrow, but we’ll see,” Nash said before the game. “We have to judge these things day to day and moment to moment. Like, I could come in here with a template, but who knows what happens tonight.” ... DeAndre Jordan, the starting center to begin the season, didn't play.

The Nets and the NBA are looking into Irving’s actions after a video showed the point guard at an indoor family gathering while not wearing a mask. General manager Sean Marks said a date for Irving's return hadn't been determined, and the All-Star could face a fine if the NBA determines he violated the health and safety rules in place during the coronavirus pandemic.