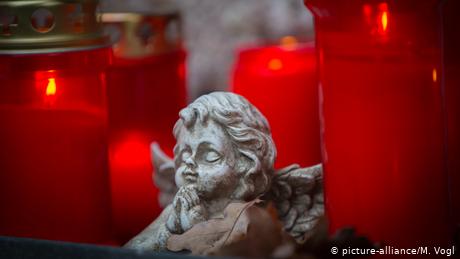 Thousands of children have died in church-run homes for unmarried women and their babies during the 20th century in Ireland, a report published by an independent commission on Tuesday said.

The report is part of an investigation into abuses in church-run institutions, including the shunning and shaming of unwed mothers, many of whom were pressured into giving up babies for adoption.

It looked at 14 mother-and-baby homes and four county homes between the years 1922 and 1998, according to Irish broadcaster RTE.

The "the very high mortality rates were known to local and national authorities at the time and were recorded in official publications," the report said, adding that "there is no evidence of public concern being expressed about conditions in mother-and-baby homes or about the appalling mortality among the children born in these homes, even though many of the facts were in the public domain."

The report called the mortality rate "the most disquieting feature of these institutions" and said that, before 1960, the homes did not save children's lives, but rather reduced their chances of survival.

Following the publication of the inquiry, Archbishop Eamon Martin, the head of the Irish Catholic Church, apologized to survivors of church-run homes on Tuesday.

"I accept that the Church was clearly part of that culture in which people were frequently stigmatized, judged and rejected," he said in a statement.

"For that, and for the long-lasting hurt and emotional distress that has resulted, I unreservedly apologize to the survivors and to all those who are personally impacted by the realities it uncovers."

The premier urged the nation must "face up to the full truth of our past," adding that young women and their children had paid a heavy price for Ireland's "perverse religious morality."

"We had a completely warped attitude to sexuality and intimacy. Young mothers and their sons and daughters paid a terrible price for that dysfunction," Martin said.

The prime minister said he would make a formal apology on behalf of the state in parliament on Wednesday.

Highest rate in the world

The inquiry commission said about 56,000 unmarried mothers and about 57,000 children had lived in the institutions it investigated, with the greatest number of admissions in the 1960s and early 1970s. The last of the homes remained open until 1998.

"While mother-and-baby homes were not a peculiarly Irish phenomenon, the proportion of Irish unmarried mothers who were admitted to mother and baby homes or (state-run) county homes in the 20th century was probably the highest in the world,'' the report said.

The commission said the women's lives "were blighted by pregnancy outside marriage, and the responses of the father of their child, their immediate families and the wider community."

"The vast majority of children in the institutions were 'illegitimate' and, because of this, suffered discrimination for most of their lives," the report added.