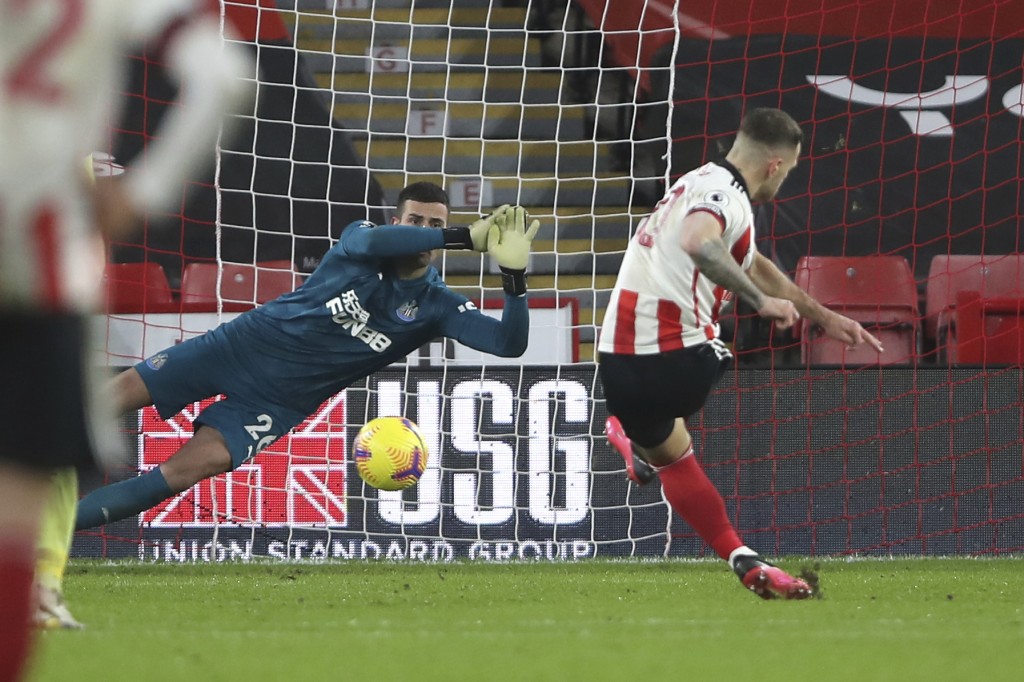 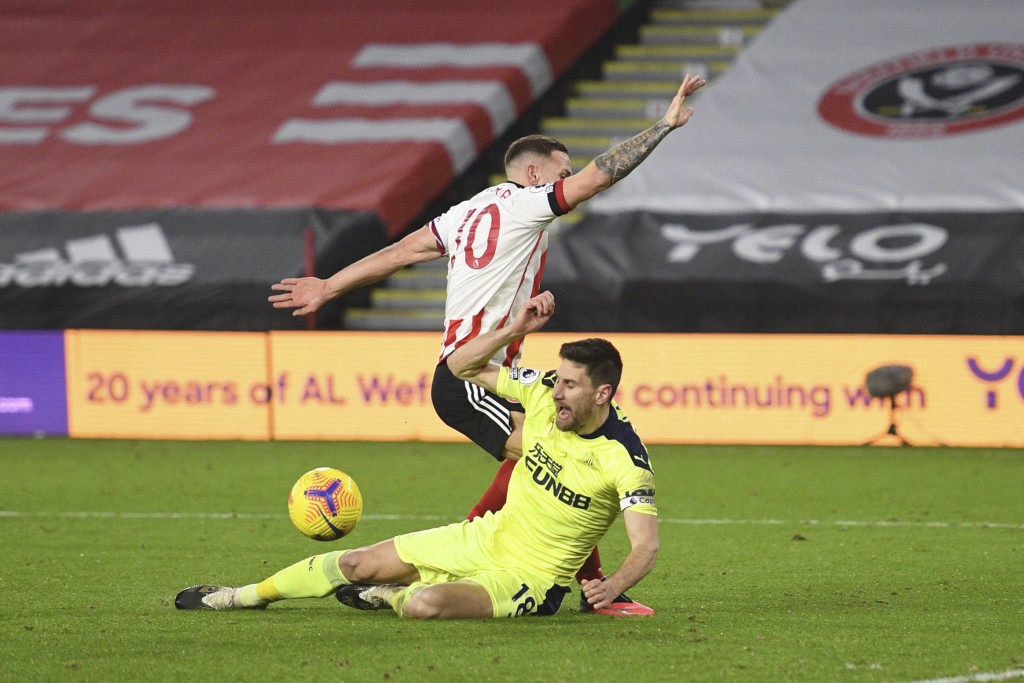 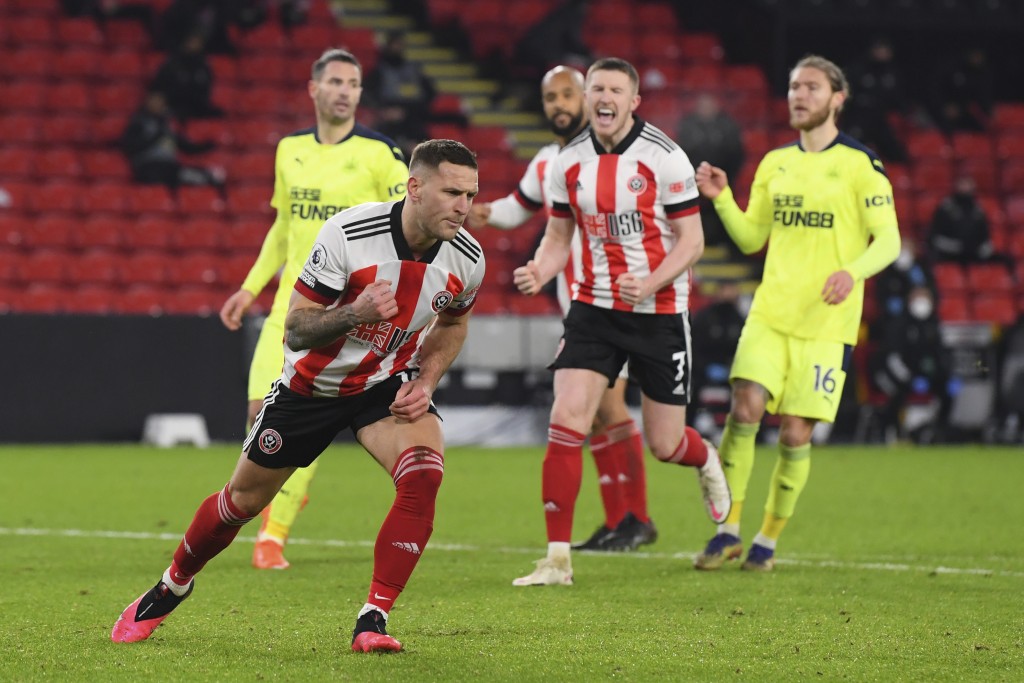 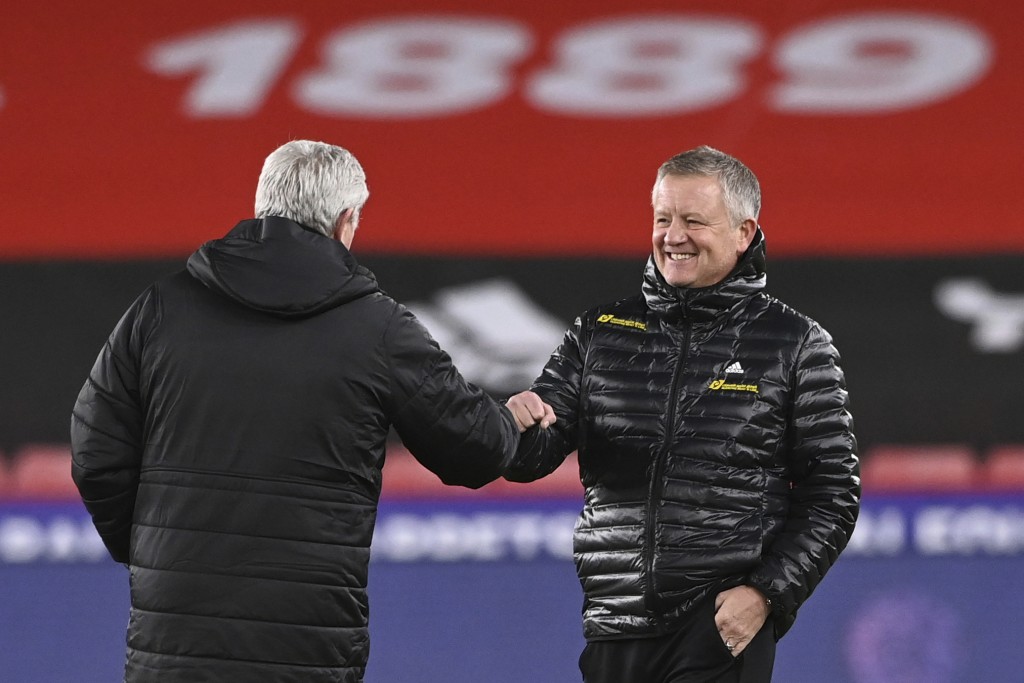 The hosts finally collected a victory — in their 18th game of the campaign — after a mental lapse from Newcastle captain Federico Fernandez, who swotted the ball away with his hand as he battled for the ball with Sharp in the area.

Sharp, who had entered as a 59th-minute substitute, sent goalkeeper Karl Darlow the wrong way from the spot for only his team’s ninth goal of the season.

With Newcastle already a man down following the 45th-minute sending-off of winger Ryan Fraser, Sheffield United had no problems seeing out the win.

No team in the history of the Premier League, whose inaugural season was in 1992, had failed to win any of its first 17 games. Sheffield United's last victory in the league was over six months ago, a 3-0 win against Chelsea on July 11, though it did win in the FA Cup on Saturday against third-tier Bristol Rovers.

Newcastle was an obliging opponent for Sheffield United to end its winless streak, with the visitors over-run even before Fraser was sent off for collecting a second yellow card — three minutes after his first — for a late tackle on David McGoldrick.

The only nervous moment for the home side came in the sixth and final minute of second-half stoppage time, when wing back Jayden Bogle headed a back-pass past his goalkeeper, Aaron Ramsdale, and only narrowly past the post.