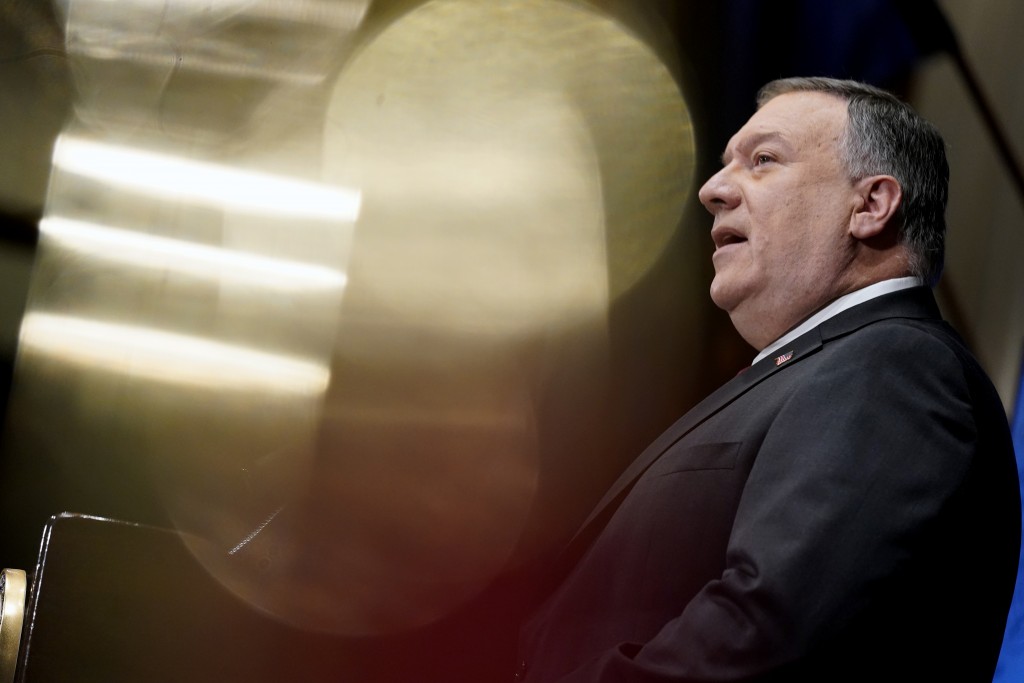 WASHINGTON (AP) — Secretary of State Mike Pompeo has canceled what would have been his final official trip abroad as concerns grow over potential violence at next week’s presidential inauguration, the State Department said Tuesday.

Less than 18 hours after announcing that Pompeo would be traveling to Brussels this week to close out his tenure as America’s top diplomat, the department said it had pulled down all senior-level overseas travel, including the secretary’s.

Spokeswoman Morgan Ortagus said the decision had been made to assist in the transition to the incoming Biden administration, which will assume office on Jan. 20. Since last week’s deadly assault on the U.S. Capitol by rioters encouraged by President Donald Trump, concerns have been raised about the security of Biden’s inauguration. Officials said the cancellation of Pompeo’s trip was intended to support the transition and was not related to fears of violence.

“The Department of State is well along in its transition efforts with President-elect Biden’s team," Ortagus said in a statement. “We are fully committed to the completion of a smooth and orderly transition process to be finalized over the next 8 days. Both the department and the President-elect’s team have been fully engaged for several weeks toward this end, and we are pleased with the level of cooperation and professionalism that has been displayed.”

Pompeo, who was criticized for not immediately recognizing Biden's victory over Trump in November's election, met last week with his designated successor, Antony Blinken, in what a State Department official described as a cordial meeting.

“We are expecting shortly a plan from the incoming administration identifying the career officials who will remain in positions of responsibility on an acting basis until the Senate confirmation process is complete for incoming officials,” Ortagus said in the statement. “As a result, we are cancelling all planned travel this week, including the secretary’s trip to Europe.”

The department's most senior career diplomat, Under Secretary of State for Political Affairs David Hale, who is No. 3 in the hierarchy, is expected to serve as acting secretary of state from noon on Jan. 20 until Blinken is confirmed by the Senate.

The department had announced late Monday that Pompeo would visit Brussels on Wednesday and Thursday on his final trip abroad as America's top diplomat. While there, Pompeo intended to meet NATO chief Jens Stoltenberg and Belgium’s foreign minister before returning to Washington.