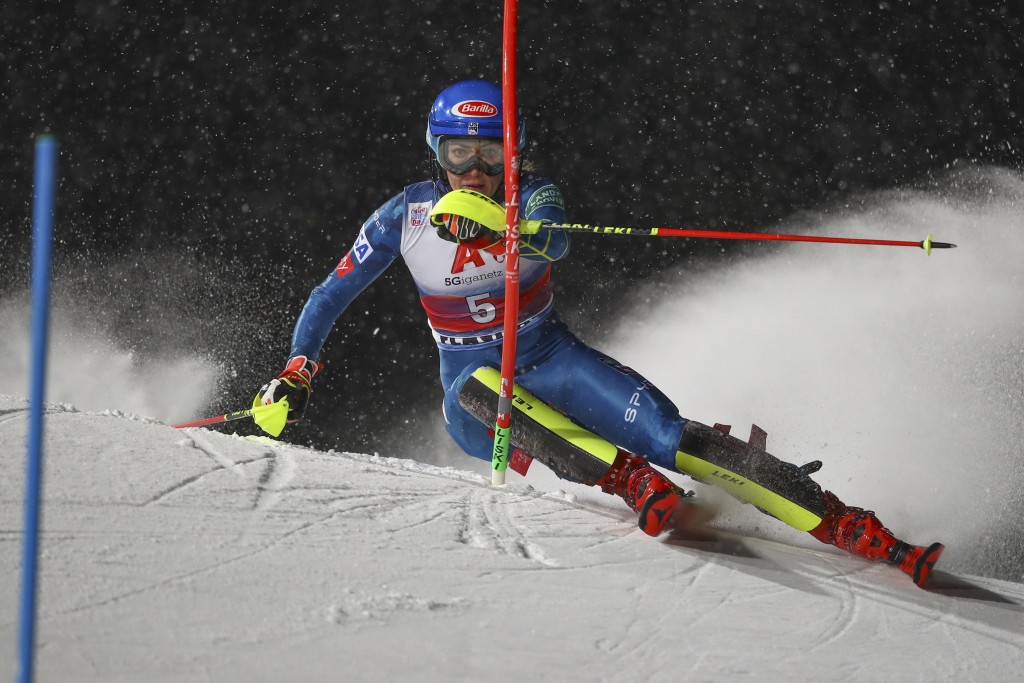 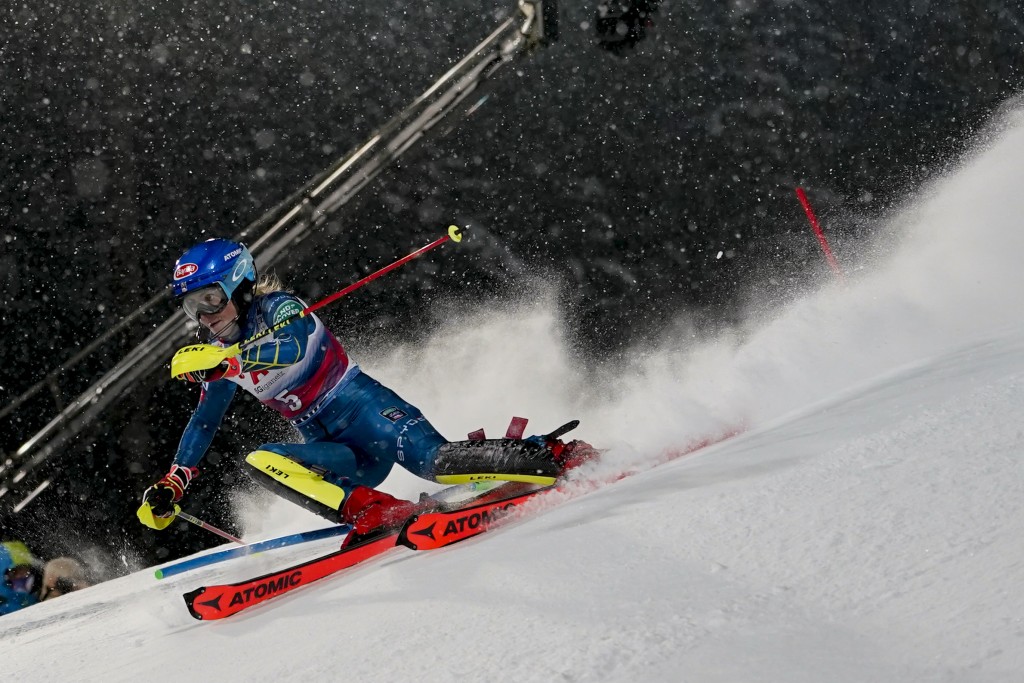 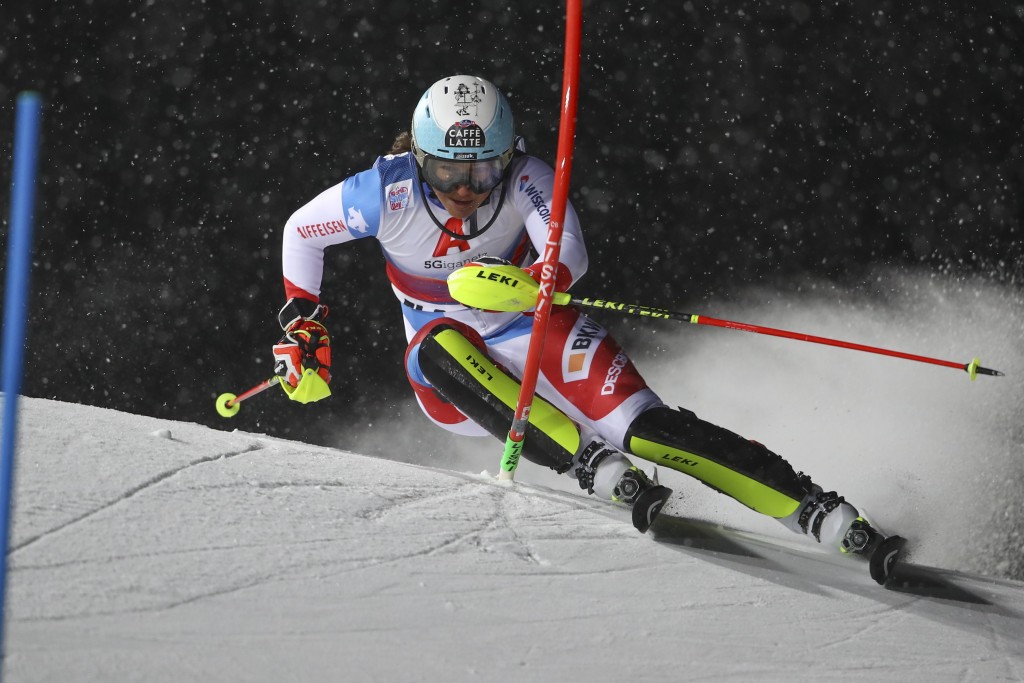 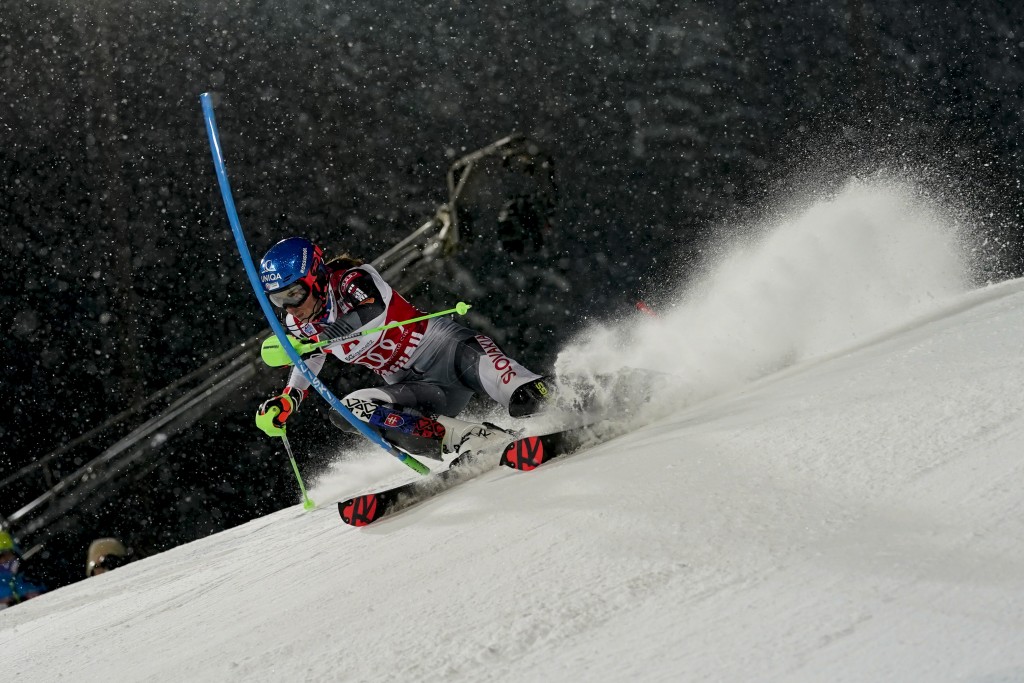 FLACHAU, Austria (AP) — Mikaela Shiffrin led a women’s World Cup night slalom after the first run Tuesday as the top four skiers opened up a gap to the rest of the field.

Racing in light snowfall, the American three-time overall champion started fast and had a strong finish to lead Wendy Holdener by 0.08 seconds. Shiffrin had been 0.17 behind the Swiss skier’s time midway through her run.

“There are some spots where it wasn’t totally the right feeling. I think it’s that way for everyone,” Shiffrin said. “It’s pretty aggressive snow, that can be very difficult to be fluent and clean.”

Petra Vlhova, the World Cup slalom champion from Slovakia, was 0.14 behind in third.

Katharina Liensberger was 0.33 off the lead in fourth. The Austrian is the only skier who finished in the top three of all four slaloms so far this season.

The rest of the field, led by Michelle Gisin in fifth, had more than a second to make up in the final run. Two weeks ago, Gisin won in another Austrian resort, Semmering, to become the first skier other the Shiffrin or Vlhova to win a World Cup slalom in 29 races since January 2017.

Shiffrin positioned herself for another strong result in the annual race on the course named after Austrian great Hermann Maier.

The American finished on the podium here all seven times the floodlit race was held since 2013, including a record three wins.

Shiffrin can earn her 100th career World Cup podium and would become the eighth skier in the 54-year-long history of the World Cup to reach the milestone.

On the women’s side, only Lindsey Vonn (137), Annemarie Moser-Proell (114), Renate Goetschl (110) and Vreni Schneider (101) have more top-three finishes than Shiffrin.

Shiffrin has won a record 43 World Cup slaloms, but none since December 2019. She also led the slalom in Semmering after the first run before dropping to third.

The race is the last slalom before the world championships in Italy in February.