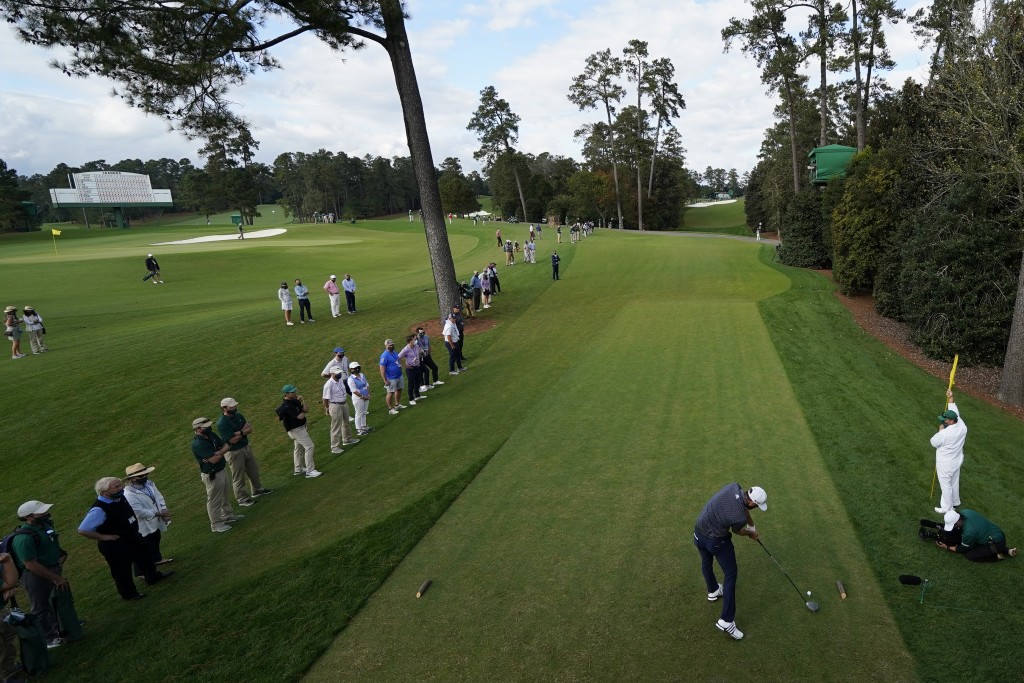 Some volume is returning to the Masters, just maybe not the head-turning roars.

Augusta National Chairman Fred Ridley said Tuesday the club intends to allow a limited number of spectators for the Masters on April 8-11, provided it can be done safely, given the coronavirus pandemic.

In other areas, the Masters in April will be a lot like the last one in November. Ridley said it will be conducted with similar health and safety standards. Those standards last fall included mandatory COVID-19 testing and masks being worn.

Ridley said holding the Masters with only essential personnel made the club confident in its ability to stage a major championship with limited fans.

“Nothing is, or will be, more important than the well-being of all involved,” Ridley said. “While we are disappointed that we will be unable to accommodate a full complement of patrons this year, we will continue our efforts to ensure that all who purchased tickets from Augusta National will have access in 2022, provided conditions improve.”

The Masters was played Nov. 12-15 — the first time in the autumn since it began in 1934 — because of the pandemic that forced golf to reconfigure its major championship season and led to the cancellation of the British Open.

Ridley did not indicate how many spectators will be allowed. The Masters does not publicize how many tickets it sells or how many people typically are on the grounds. It has been estimated at roughly 40,000, though it's far easier to judge the attendance in volume decibels.

The roars are a big part of what makes the Masters, and they were missing in November when Dustin Johnson set the scoring record at 20-under 268 to win by five shots for his first green jacket.

The club is so confident that Ridley also said the Augusta National Women's Amateur, which was canceled last year after its debut in 2019, and the Drive, Chip and Putt National Finals, will be held with a small number of spectators.