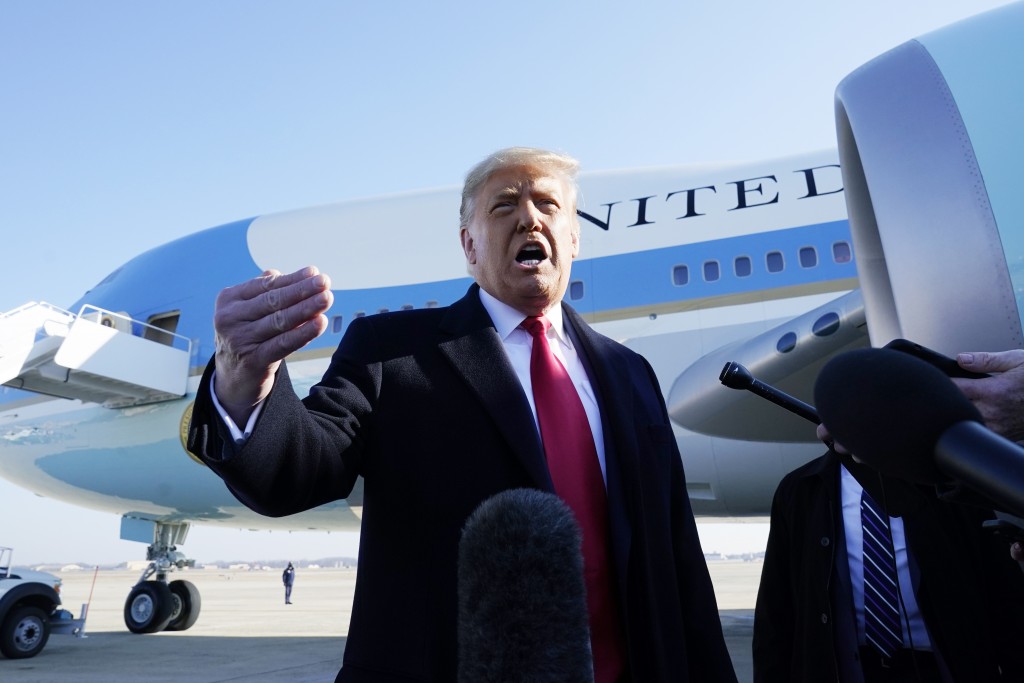 The Latest on the fallout of the attack of the U.S. Capitol by a mob of pro-Trump loyalists (all times local):

President Donald Trump told reporters Tuesday at the White House that the prospect of impeachment is causing “tremendous anger” in the nation. But he said he wants “no violence.”

The president spoke as he left for Texas to survey the border wall with Mexico. His remarks were his first to reporters since the Capitol attack.

On impeachment, Trump said it’s “a really terrible thing that they’re doing.” But he said, “We want no violence. Never violence.”

HERE’S WHAT YOU NEED TO KNOW ABOUT THE FALLOUT FROM THE RIOTING AT THE CAPITOL:

Ahead of impeachment, the House is speeding ahead to oust President Donald Trump from office, warning he is a threat to democracy and pushing the vice president and Cabinet to act first in an extraordinary effort to remove Trump in the final days of his presidency.

—Analysis: Trump abdicating in the job he fought to keep

— FBI warns of plans for nationwide armed protests next week