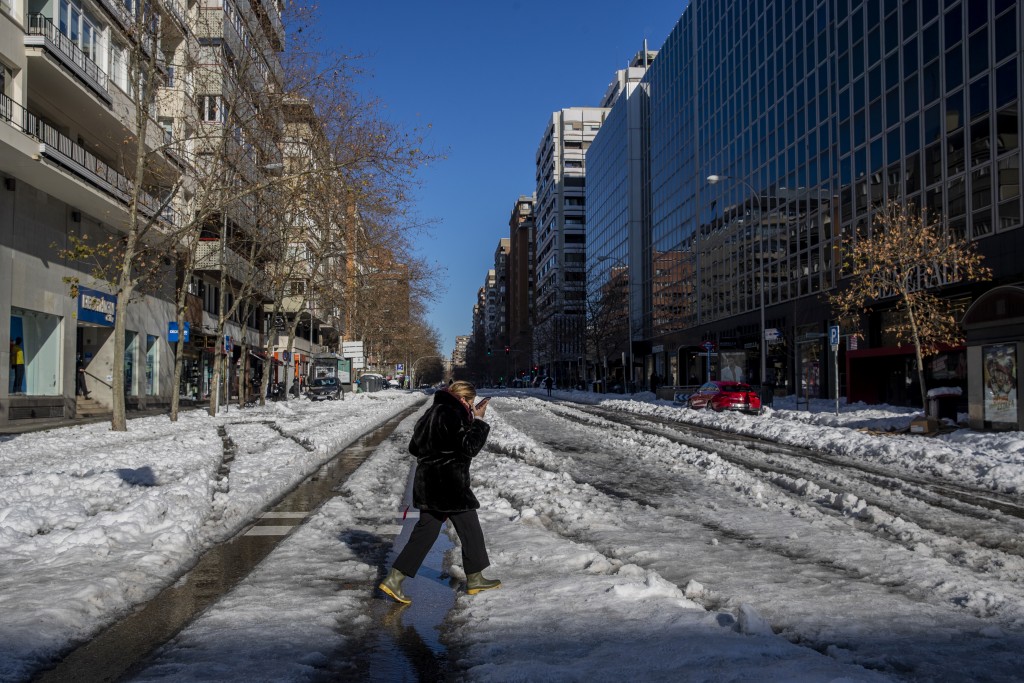 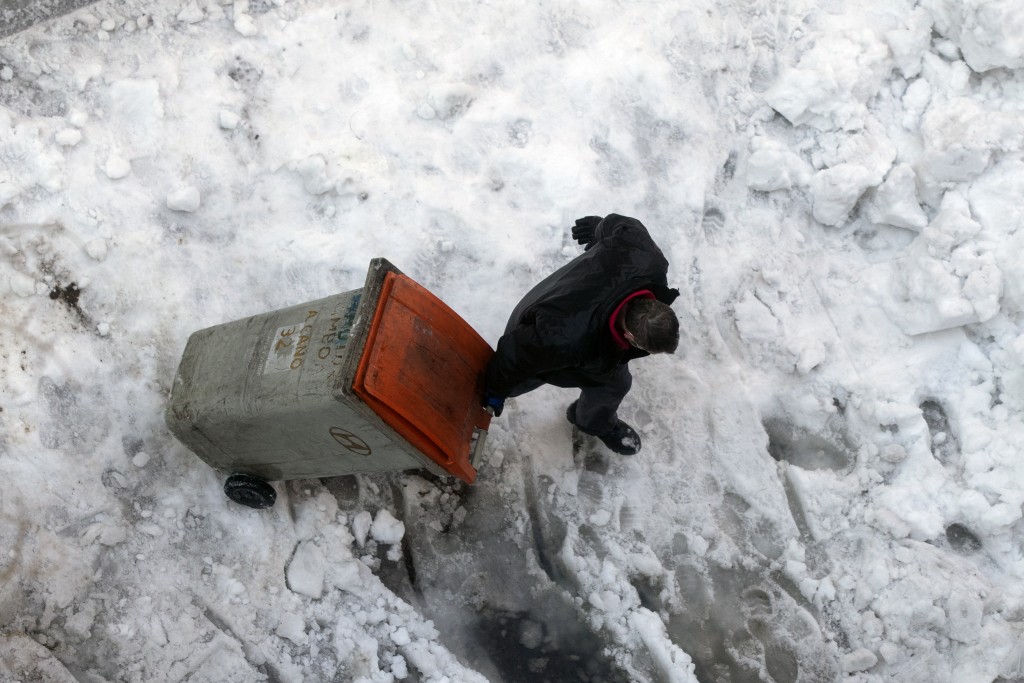 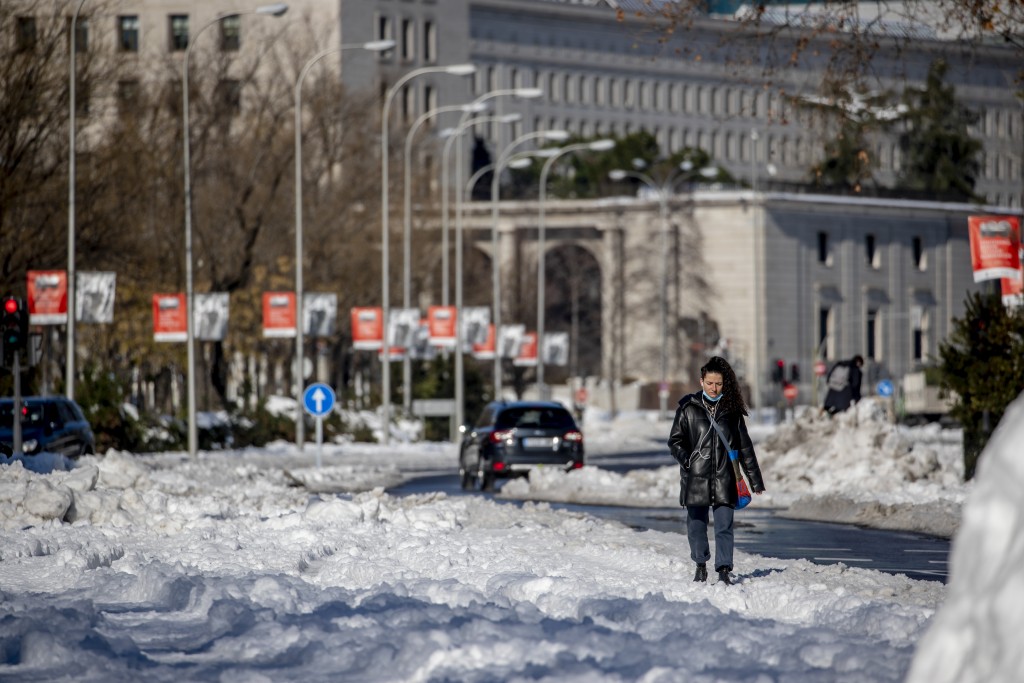 MADRID (AP) — Much of Spain is struggling to return to normality three days after a 30-hour-long record snowfall that was then hardened by record-low temperatures, turning streets and roads into dangerous ice sheets in areas not used to extreme winters.

Rubén del Campo, spokesman for the Spanish weather agency AEMET, said Tuesday that the previous night had been the coldest since at least 2001. Eleven of Spain's 51 provinces and autonomous regions were in the highest level of alert.

Schools remained closed in Madrid and much of central Spain, with emergency and military crews still working to reopen roads, remove fallen trees, re-establish power lines, as well as ensuring the distribution of food and coronavirus vaccine.

Authorities are urging people to stay at home unless they really need to go out, to avoid accidents that could further strain emergency rooms. A military hospital in the capital had already seen a worrying uptick in trauma cases, Defense Minister Margarita Robles said late on Monday.

The town of Bello, in the northeastern Teruel province, registered a temperature of minus 25.4 degrees Celsius (minus 13.7 F), while Molina de Aragón, in the central Guadalajara province, was only a tenth of a degree less cold. Some temperatures were the lowest since 1982.

In Madrid and the badly hit surrounding region, home to 6.6 million people, thermometers plummeted up to minus 16 degrees Celsius overnight, although a sunny day gave respite to people trying to get to work and crews cleaning up ice and debris from streets.

In a preliminary assessment, the city hall estimated that at least 150,000 of Madrid's 800,000 trees have fallen due to the weight of snow.

The capital's airport, the busiest in the country, was expected to get back to full operation on Tuesday, and railway operations were steadily increasing in frequency, although Madrid's subway and commuter trains were dangerously overcrowded.

Madrid's main retail market also re-opened Tuesday for the first time since Friday, leading to a frantic activity of trucks and vans coming in and out to stock up the aisles of supermarkets that had seen shortages of fresh produce.

Storm Filomena left up to half a meter (20 inches) of snow across large swaths of Spain starting Friday morning.

The Madrid regional government said Tuesday it was still waiting for a new batch of Pfizer-BioNTech vaccines against the coronavirus that had been due to arrive the day before by plane but had to be diverted to a northern Spanish airport. Vaccination, meanwhile, continued in nursing homes and among health personnel with existing doses.