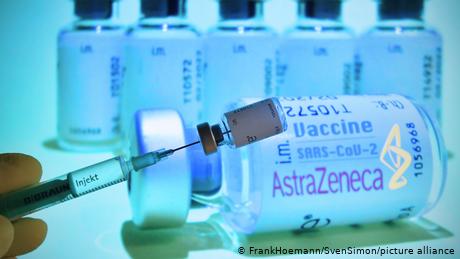 The European Medicines Agency (EMA) announced on Tuesday thatBritish-Swedish producer AstraZenecahad applied for authorization to distribute its vaccine in the EU.

The Amsterdam-based regulator said that its assessment of the vaccine would "proceed under an accelerated timeline."

"Once the vaccine receives a positive scientific opinion, we will work full speed to authorize its use in Europe," she wrote.

The EMA could issue an opinion on a conditional marketing authorization by January 29 at a meeting of its human medicines committee (CHMP).

It would be possible to give authorization "provided that the data submitted on the quality, safety and efficacy of the vaccine are sufficiently robust and complete."

If endorsed by the EMA and formally approved by the European Commission, the AstraZeneca vaccine would become the third coronavirus inoculation available in the bloc after BioNTech-Pfizer's shot and Moderna's jab.

Both the EU and the EMA have been under pressure to accelerate approval of new vaccines, with the COVID-19 virus having claimed the lives of more than 620,000 people across the continent.

The AstraZeneca vaccine has the major advantages of being both easier to store than others and relatively inexpensive, costing about 2.75 euros ($3.40) per dose. It does, however, appear to show lower effectiveness in providing immunity.

An 82-year-old man became the first person in the world to receive the Oxford-AstraZeneca jab as the UK rolled out the vaccine as part of its inoculation program earlier this month.