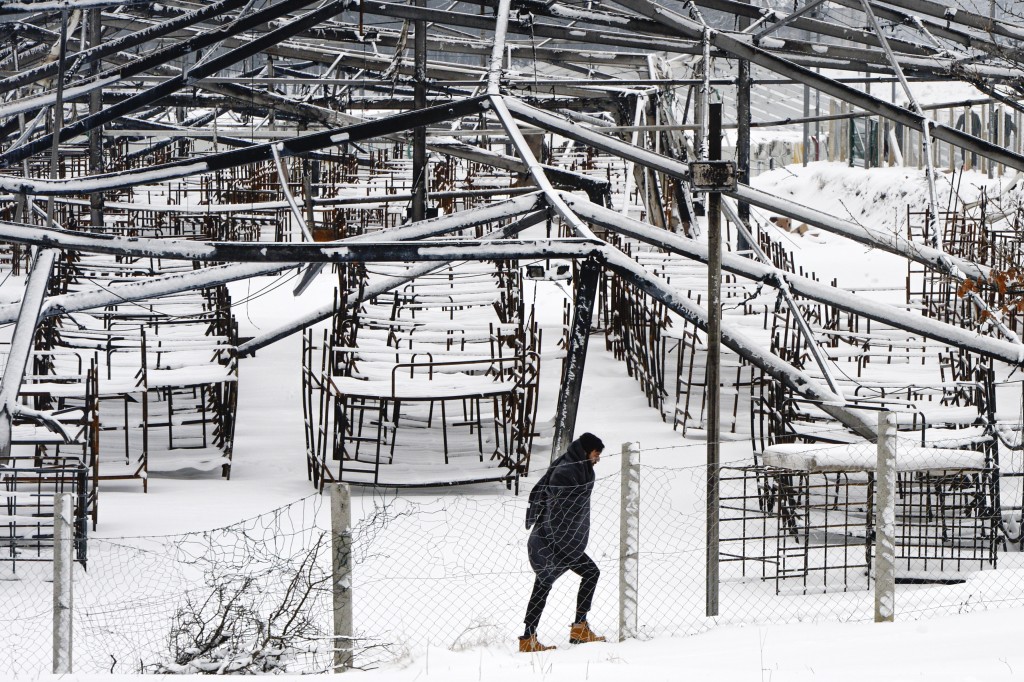 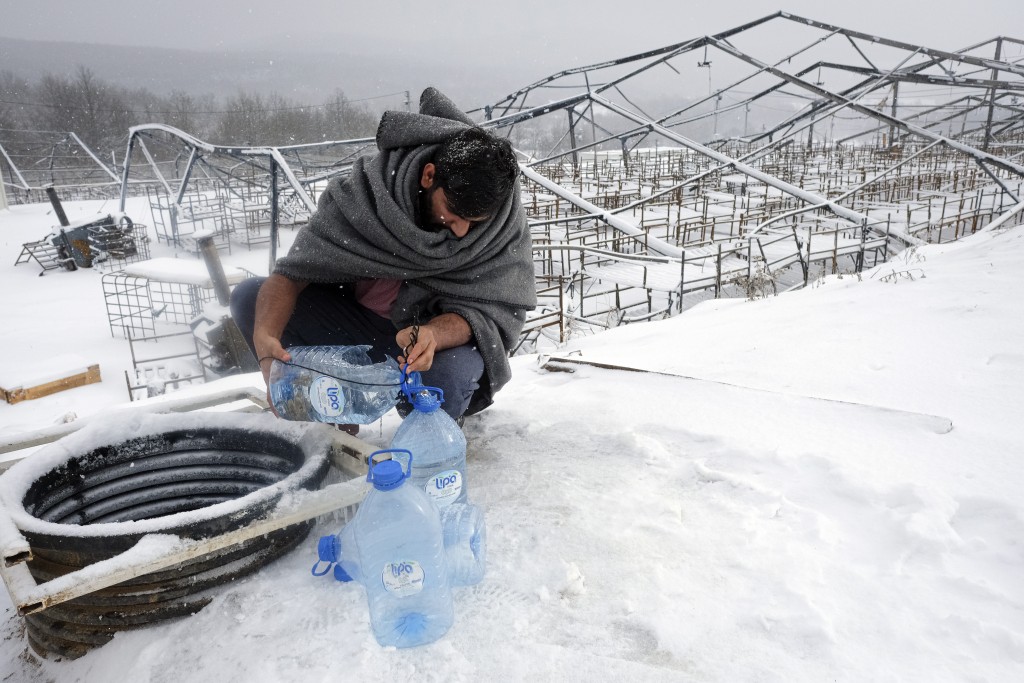 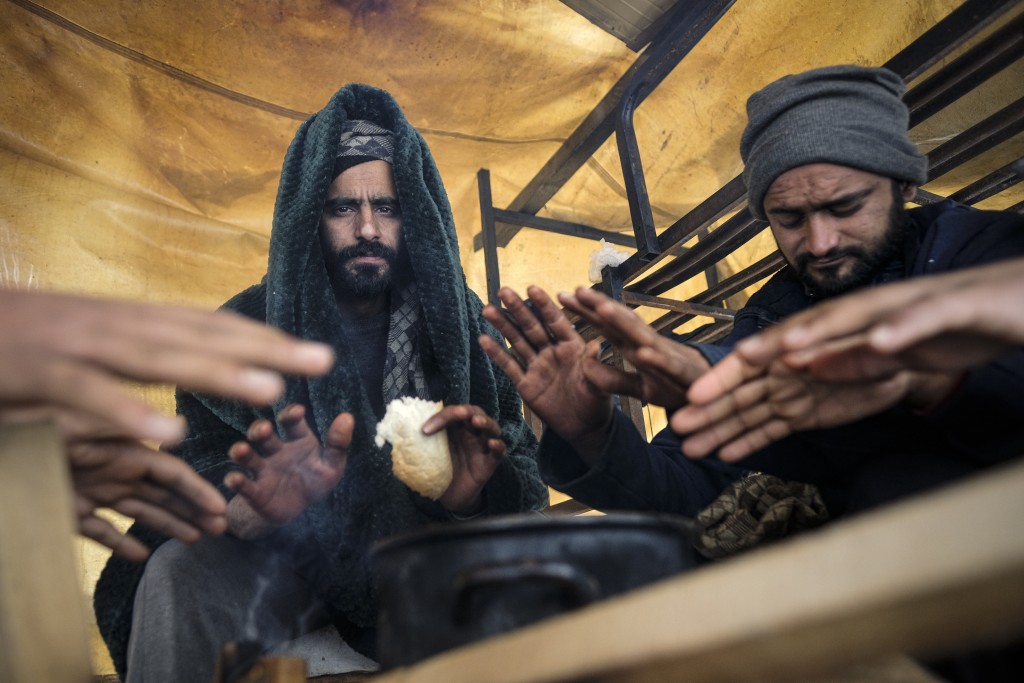 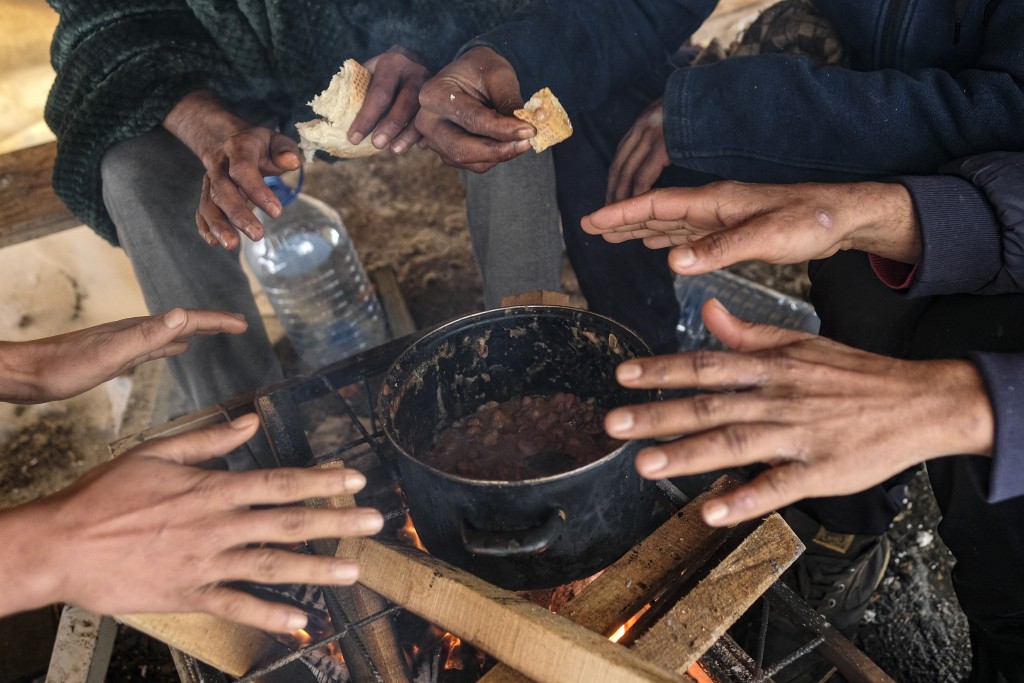 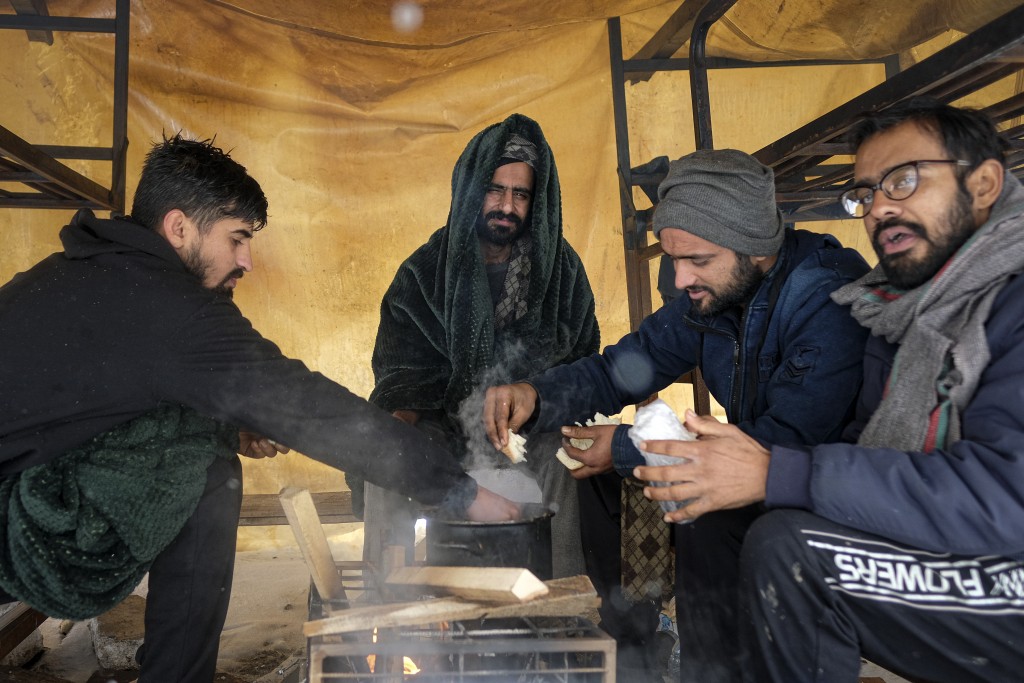 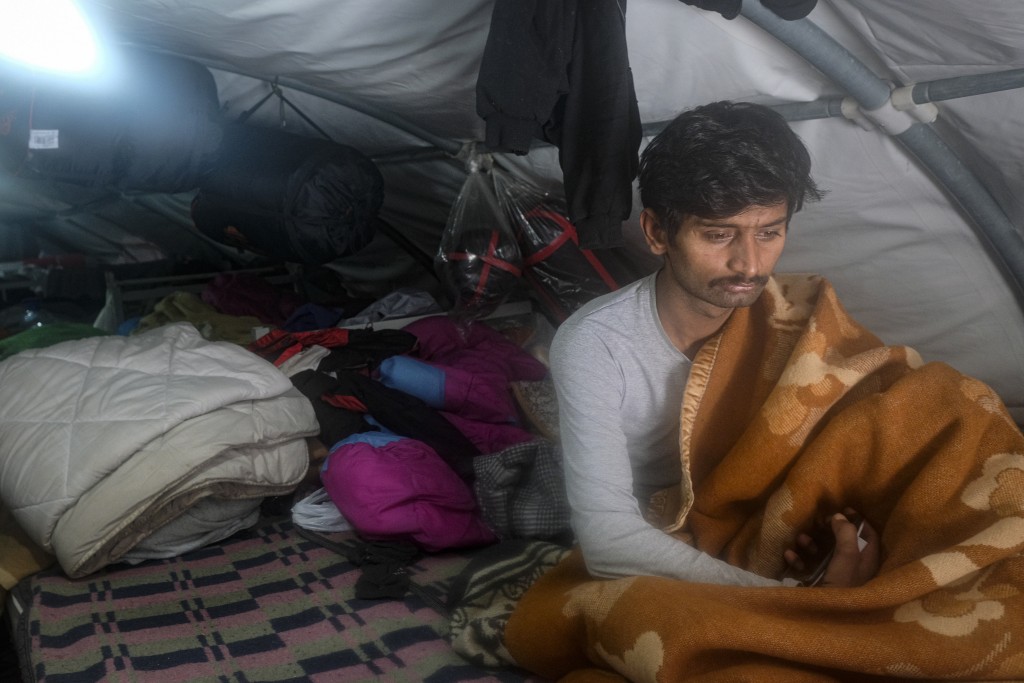 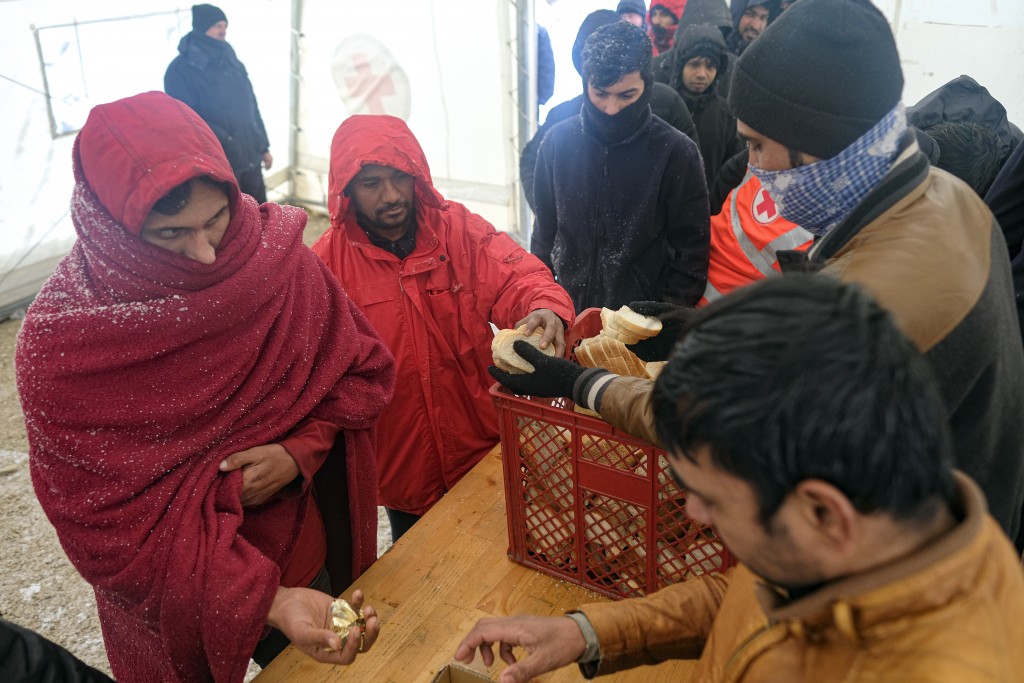 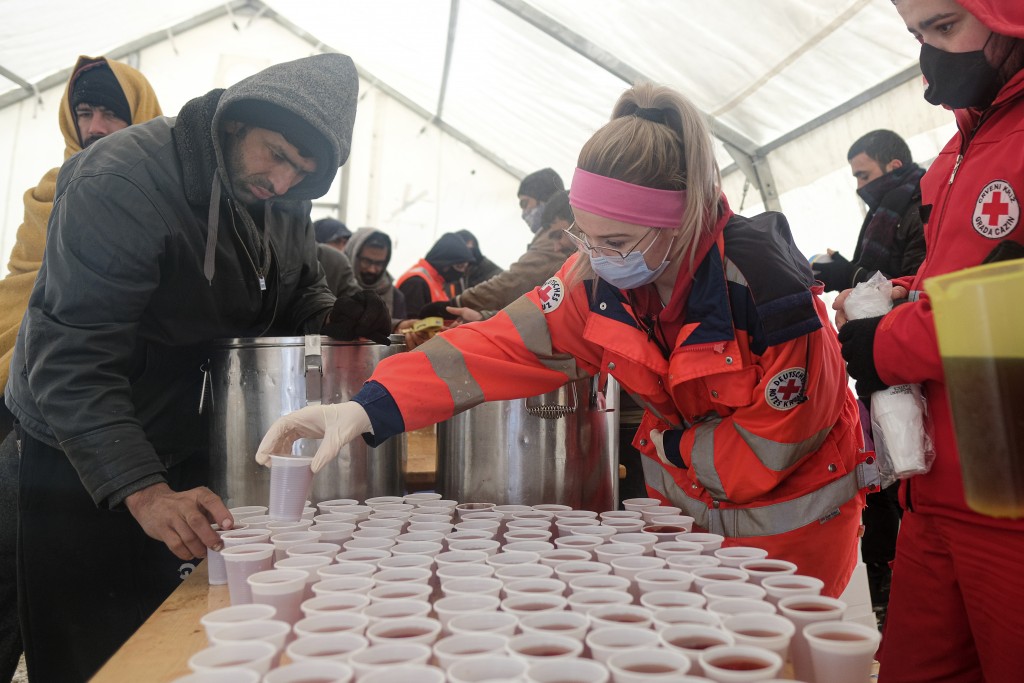 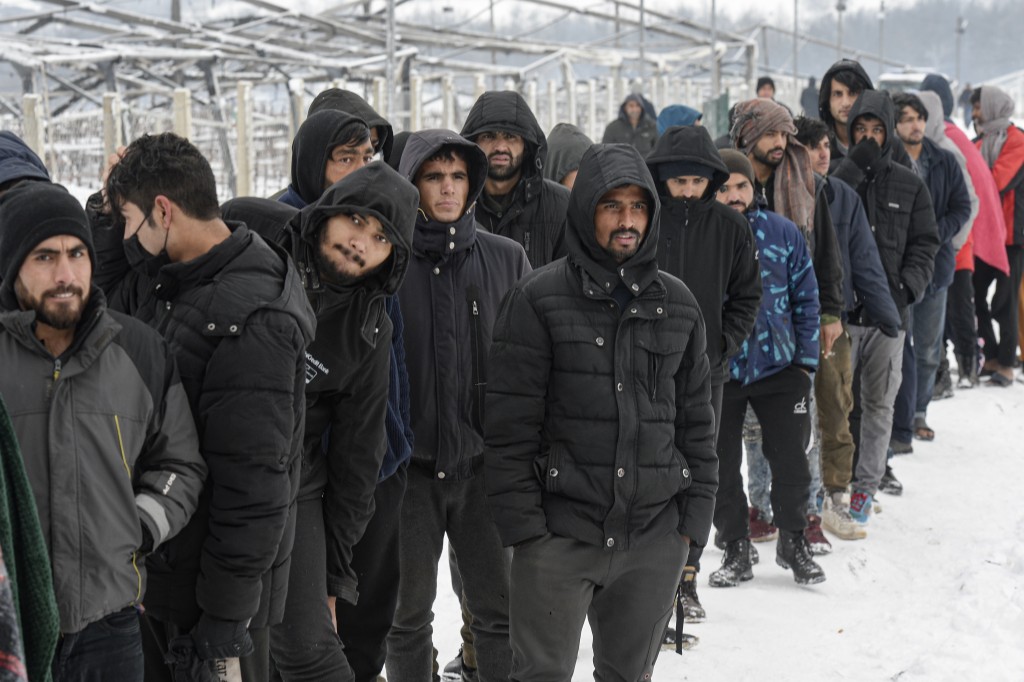 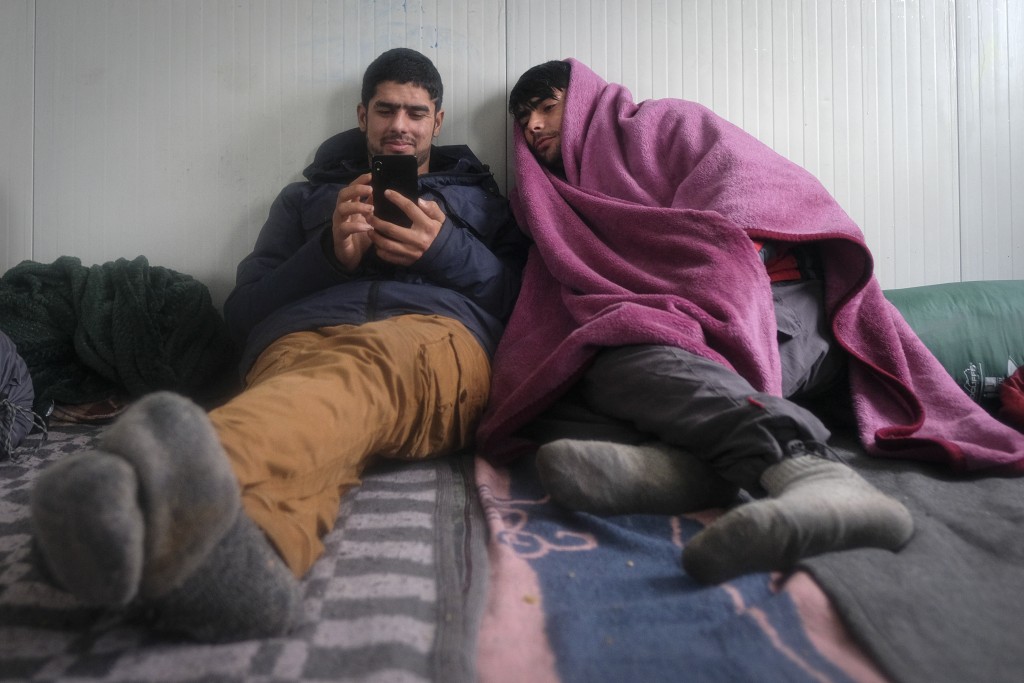 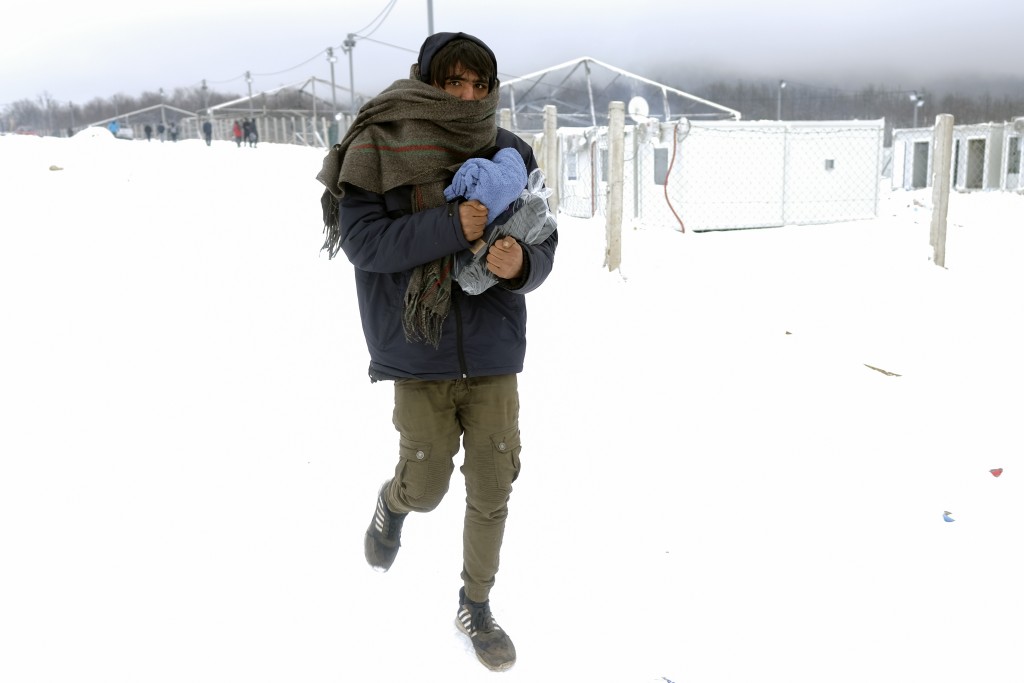 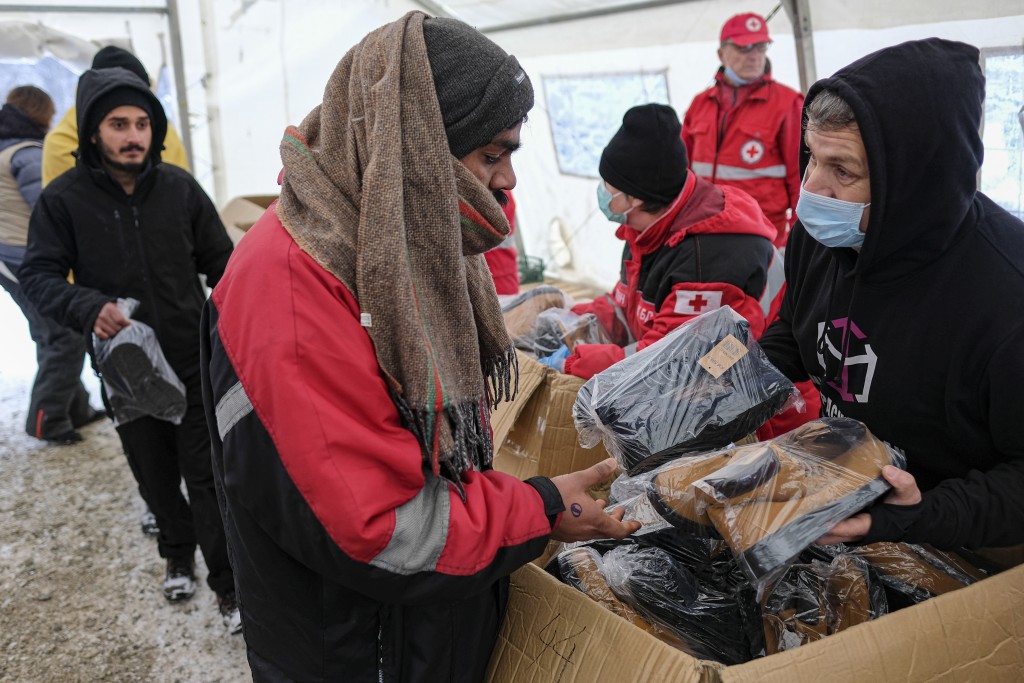 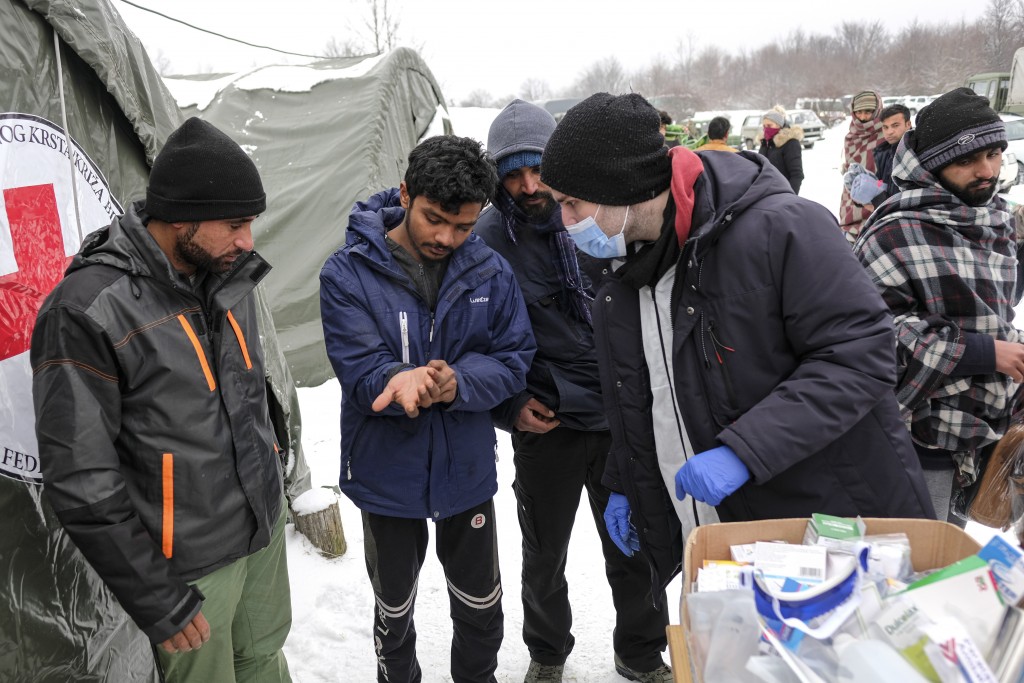 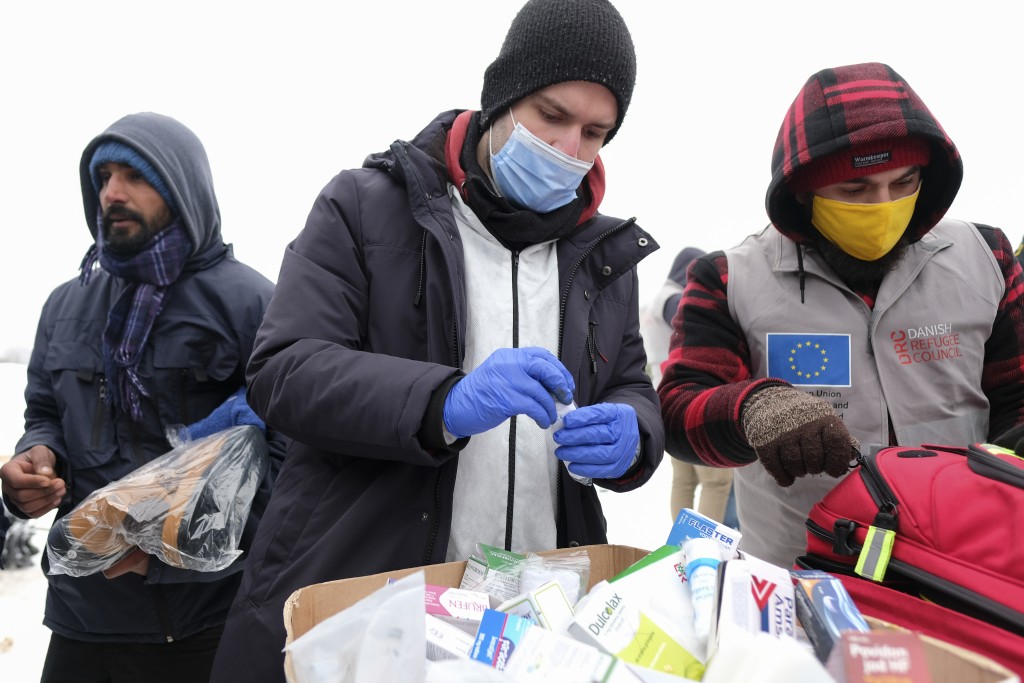 BIHAC, Bosnia-Herzegovina (AP) — Many migrants and refugees staying at a camp in northwestern Bosnia have complained of respiratory and skin infections after spending days in makeshift tents and containers amid freezing weather and snowstorms, aid workers warned.

Most of the hundreds of migrants stuck at the Lipa facility near Bosnia’s border with Croatia have been accommodated in heated military tents following days of uncertainty after a fire gutted most of the camp on Dec. 23.

Bosnia has faced sharp criticism for leaving around 1,000 people without shelter after the blaze. The authorities first said they would move the migrants to another location, but they ended up setting up military tents at the site instead.

“Accommodation is available to house most of the people currently sleeping rough in bitterly cold temperatures in Bosnia and Herzegovina," Amnesty International rights group said in a statement Tuesday. “What is lacking is the political will to make that happen.”

The group added that the current crisis is also “a consequence of EU’s policy of fortifying its borders that has left thousands of people stranded on its periphery or in the neighboring countries.”

The Lipa site also has lacked basic facilities such as electricity or running water and migrants lit fires for days to protect themselves from the biting cold. Many migrants at the camp said they haven't showered in a long time, while some have washed outside despite the cold.

On Monday, doctors were screening migrants’ health at the Lipa camp and handing out medicines. It wasn't immediately clear whether any of the migrants might have COVID-19, said Verica Racevic from the Danish Refugee Council humanitarian group.

“Some are under the system of febrile status, which means they have a temperature,” she said. “It’s not really easy to differentiate in those circumstances whether this is COVID-19 or this is any other kind of respiratory infection.”

Impoverished and ethnically divided Bosnia has struggled with the influx of thousands of people who are trying to reach Western Europe through the Balkans. Aid groups estimate that hundreds of people have been sleeping rough in abandoned houses or improvised forest camps.

Migrants at Lipa appeared to be pleased to finally have some shelter, warm food and medical help. Holding an umbrella in the snow, Suleiman Shahid from Pakistan said the new tents are warm and “suitable for living.”

From Bosnia, migrants first aim to reach neighboring European Union member state Croatia over illegal mountainous routes before moving on toward wealthier nations in the 27-nation bloc. They have complained of pushbacks and violence at the hands of Croatia's police.