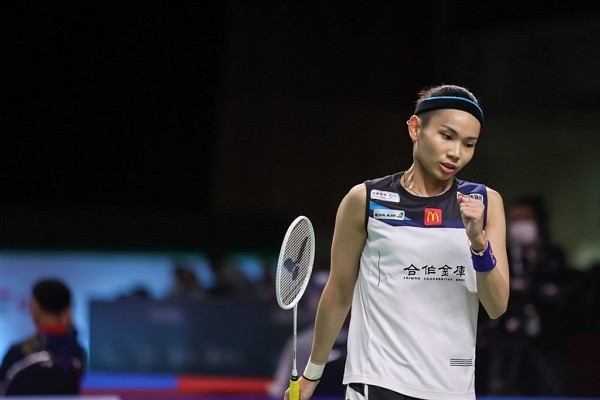 In her first international appearance in 10 months at the YONEX Thailand Open, Tai was able to defeat her Thai opponent Benyapa Aimsaard 21-18, 26-24. The two players had never faced each other before Tuesday's match.

Despite having early leads in both games, Tai faced strong resistance from Aimsaard, who forced several ties throughout the course of the competition. Fortunately, her mistakes did not cost her the games, as her timely recovery was enough to secure the victory, reported CNA.

Currently, the world's No. 1 female badminton player, Tai has been almost unbeatable winning 90 percent of her matches in 2018 and 86 percent of them in 2019. She was the winner of the 2020 Yonex All England Open in March, which was her last international appearance before the pandemic hiatus.