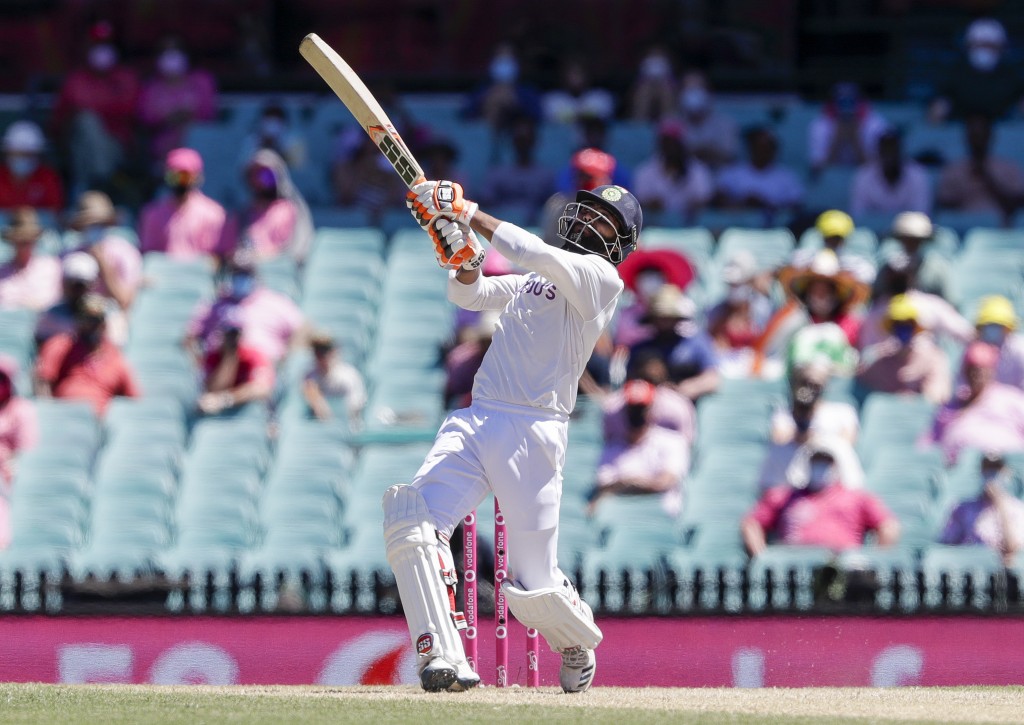 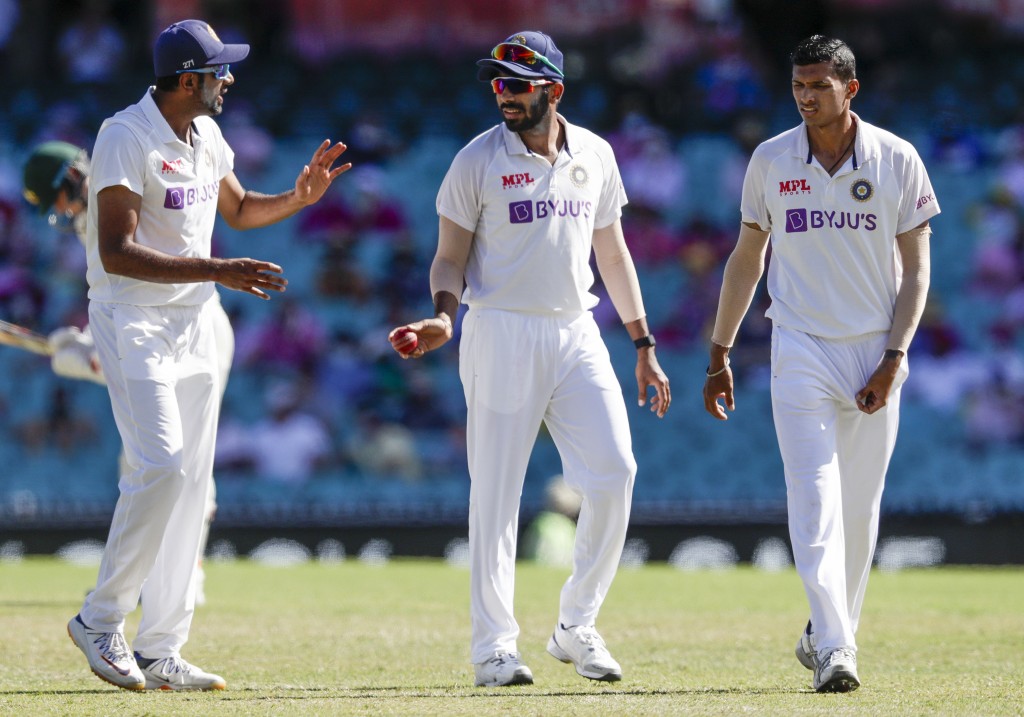 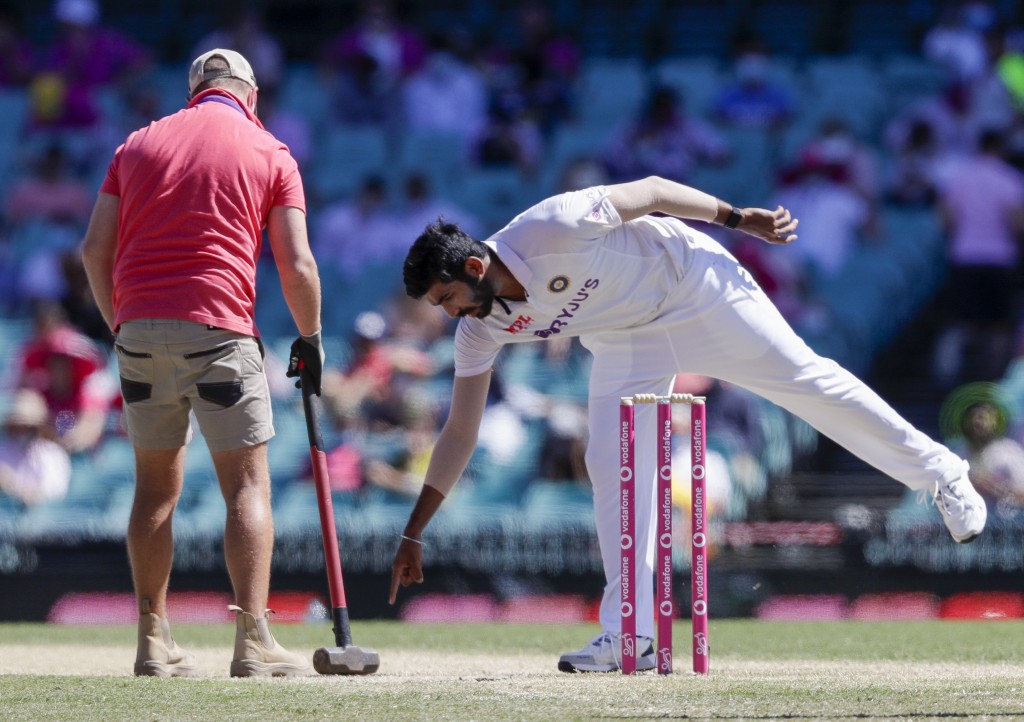 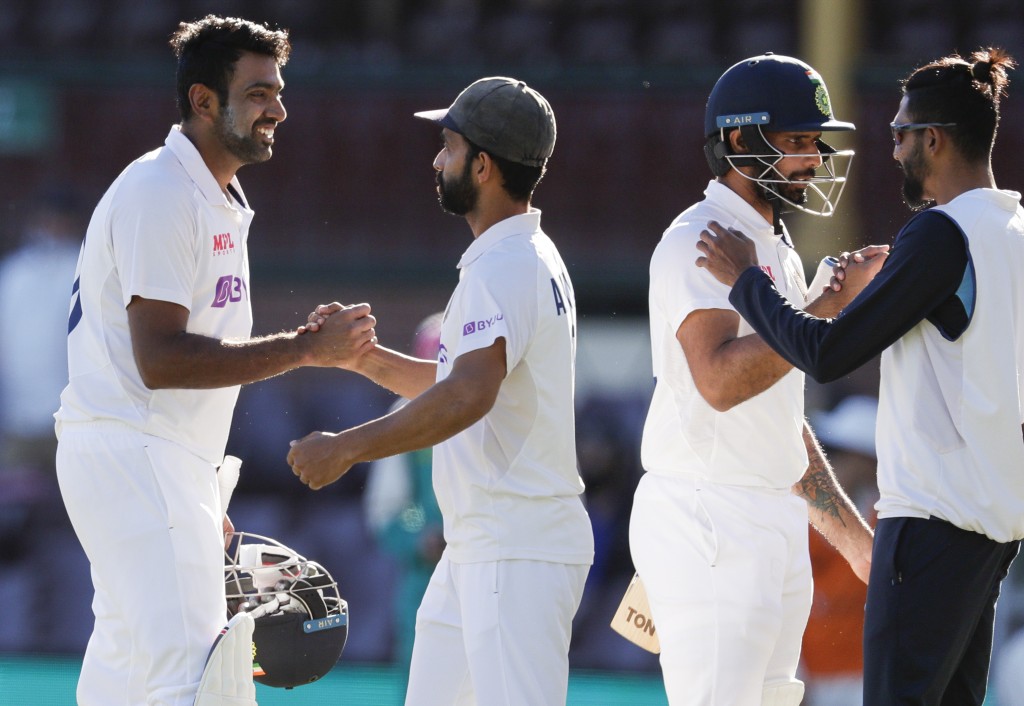 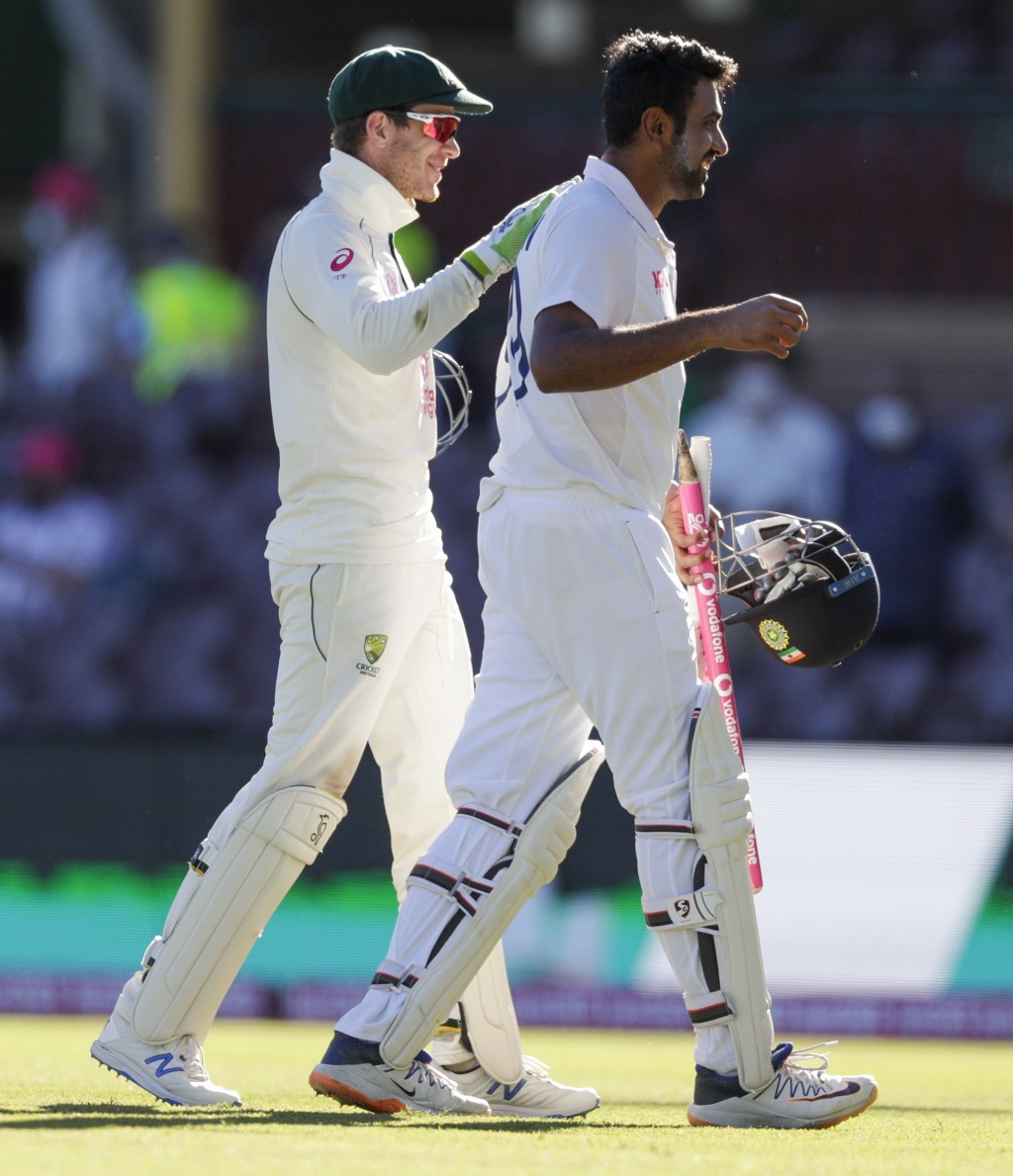 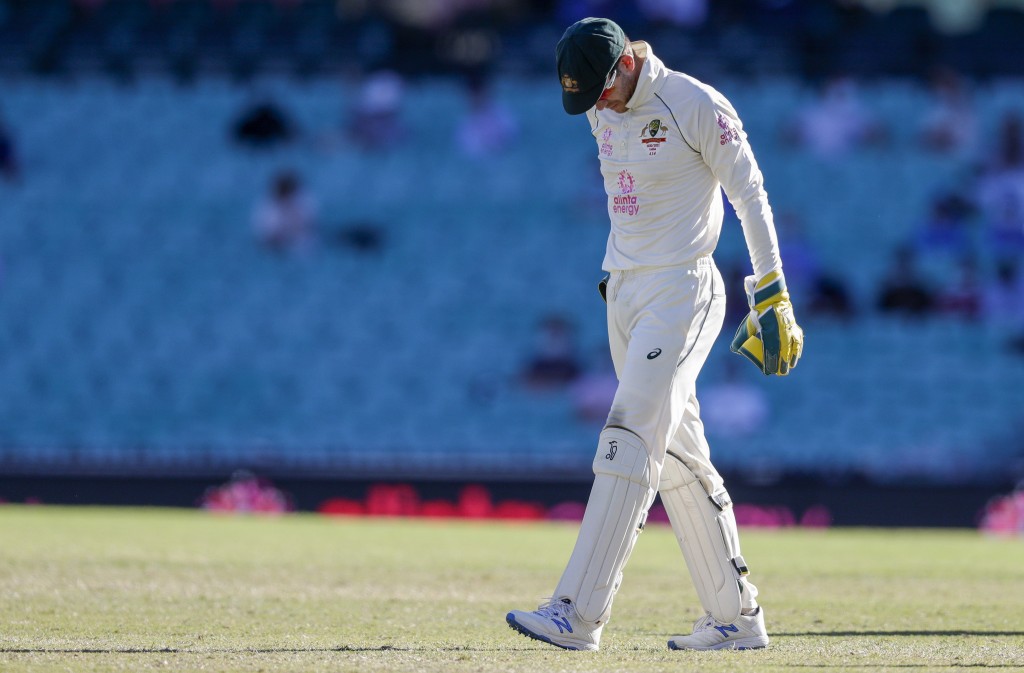 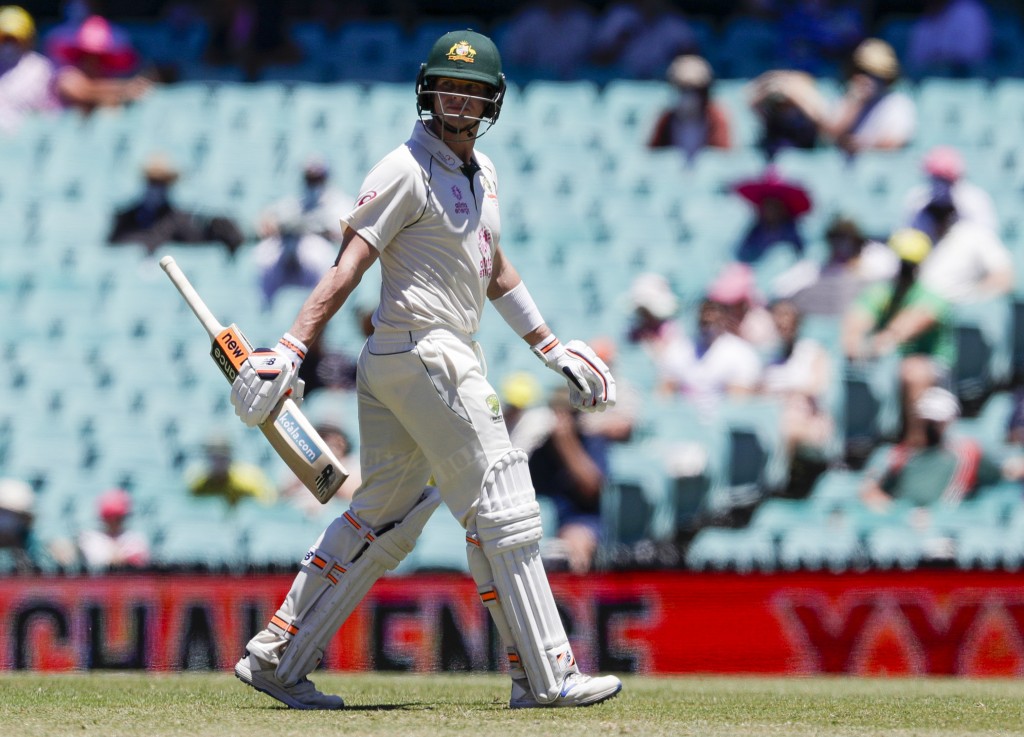 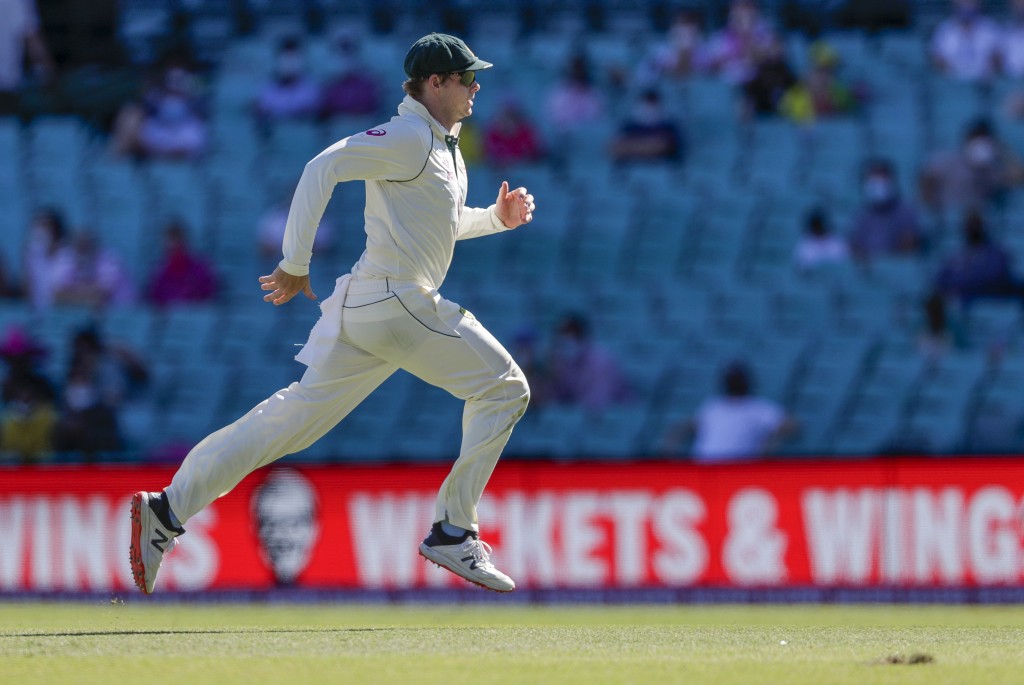 SYDNEY (AP) — India’s list of injured and absent cricketers on tour to Australia has grown again with reports emerging in the wake of a defiant draw in the third test that pace spearhead Jasprit Bumrah could miss the series-deciding match starting Friday in Brisbane.

Ravindra Jadeja had surgery on his damaged left thumb soon after India’s courageous finish Monday at the Sydney Cricket Ground, where injured Rishabh Pant (97), Ravichandran Ashwin and Hanuma Vihari helped India bat through four full sessions in the fourth innings to salvage a draw and keep the series level at 1-1.

Jadeja had been padded up ready to go in next if either Ashwin or Vihari was dismissed late on the last day in Sydney, but wasn't required.

His absence for the fourth test in Brisbane will deprive India of a key allrounder, while the absence of strike bowler Bumrah — if confirmed — would be a major setback for an already depleted attack that is missing injured fast bowlers Mohammed Shami, Umesh Yadav, Ishant Sharma and Bhuvneshwar Kumar.

Press Trust of India, citing Board of Control for Cricket in India sources, said Bumrah would be unavailable for the fourth test. He reportedly sustained an abdominal injury while fielding.

That would leave Mohammed Siraj, who has played two tests, to lead a pace attack likely containing Navdeep Saini, who made his test debut in Sydney.

Siraj had the third test stopped for eight minutes on Sunday afternoon after complaining to umpires of racial abuse from the crowd. Six men were ejected before play resumed, and police and Cricket Australia are continuing investigations.

Meanwhile, Pant (elbow), Ashwin (back) and Vihari (hamstring strain) will all be monitored before India selects its starting XI for the Gabba, where Australia hasn't lost a test match since 1988.

India's squad depth will be seriously tested, with the BCCI unable to call in any more reserves because of travel restrictions in place for the COVID-19 pandemic.

India lost the first test in Adelaide last month before skipper Virat Kohli retuned to India to be with his wife, Bollywood actress Anushka Sharma, for the birth of the couple's first child. Kohli announced late Monday that their baby girl had been born, and he took time praise India's comeback in the series in his absence.

India won the second test in Melbourne by eight wickets under stand-in captain Ajinkya Rahane, who said the draw in third test also felt like a victory.

So there was plenty of celebrations, recriminations and ice needed on Monday night.

Two of Australia's senior players were heavily criticized on social media in the wake of the game. Captain Tim Paine came under fire for his verbal exchanges with Ashwin on a tense last day, and former skipper Steve Smith was targeted after appearing to scrape the pitch with his boot — right where the batter takes guard — before going back to his fielding position after a break in play.

Paine apologized in his post-match interview for his personal performance, including three dropped catches. He returned for an unscheduled news conference early Tuesday to apologize further, saying he was bitterly disappointed with his leadership in the match. He also defended Smith, who was voted player of the match after posting scores of 131 and 81.

Paine said Smith's footwork on the pitch was one of his quirky idiosyncrasies, like shadow batting and visualizing himself at the crease, and it wasn't designed to upset the batsmen or damage the pitch — as some viewers alleged.

“Steve’s quite upset about it,” Paine said of the reaction. “I know he’s really disappointed with the way it’s come across.

“If you’ve watched Steve Smith play test cricket, that’s something he does every single game. Five or six times a day ... I have seen Steve do it many times in test matches."

“There’s no way in the world he was trying to change Rishabh Pant’s guard or anything like that," Paine said. “I’d imagine if he was, then the Indian players would have kicked up a bit of a stink at the time."