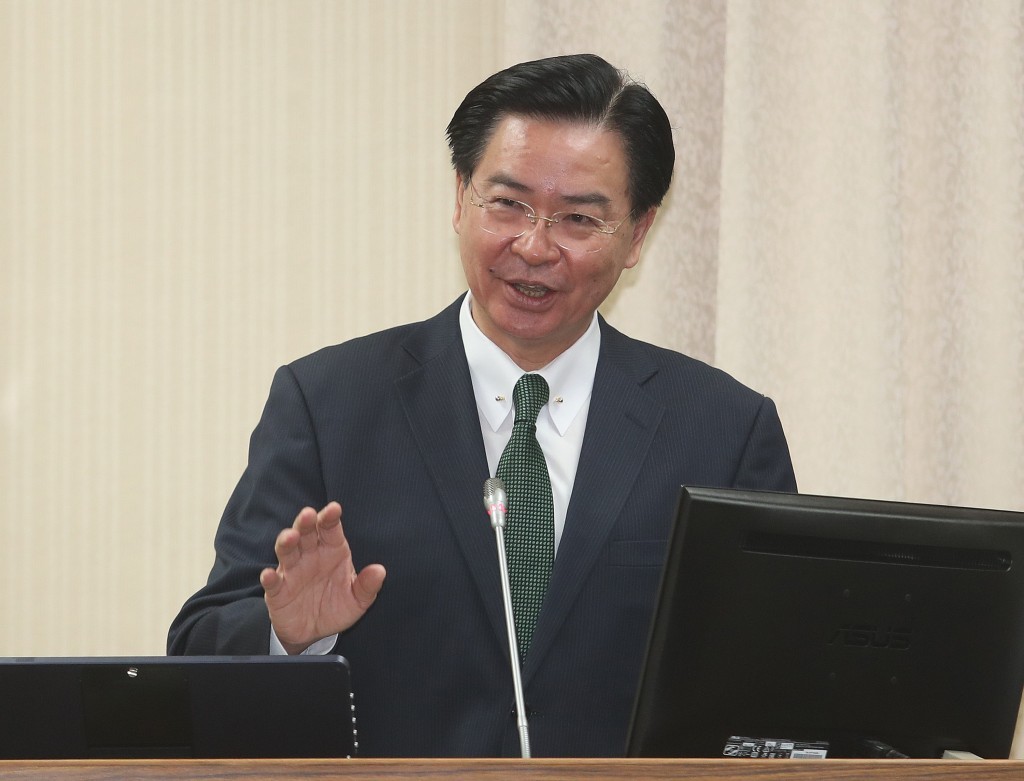 The Pacific island, which is one of Taiwan’s 15 official diplomatic allies, has invited Taiwan to send a delegation to the Jan. 21 ceremony, CNA reported. Whipps, a businessman, will succeed his brother-in-law, Tommy Remengesau, Jr., at a time when one of the island’s main sources of income, tourism, is suffering under the pandemic.

The decision to agree to Palau’s invite was based on the fact that the island had not registered any virus infections, which made it a safe destination, MOFA said. Earlier talks to launch a “travel bubble” between the two countries failed, as Palau reportedly feared imported cases.

The size of the foreign minister’s entourage would be kept to a minimum and respect coronavirus regulations in both countries, MOFA added.