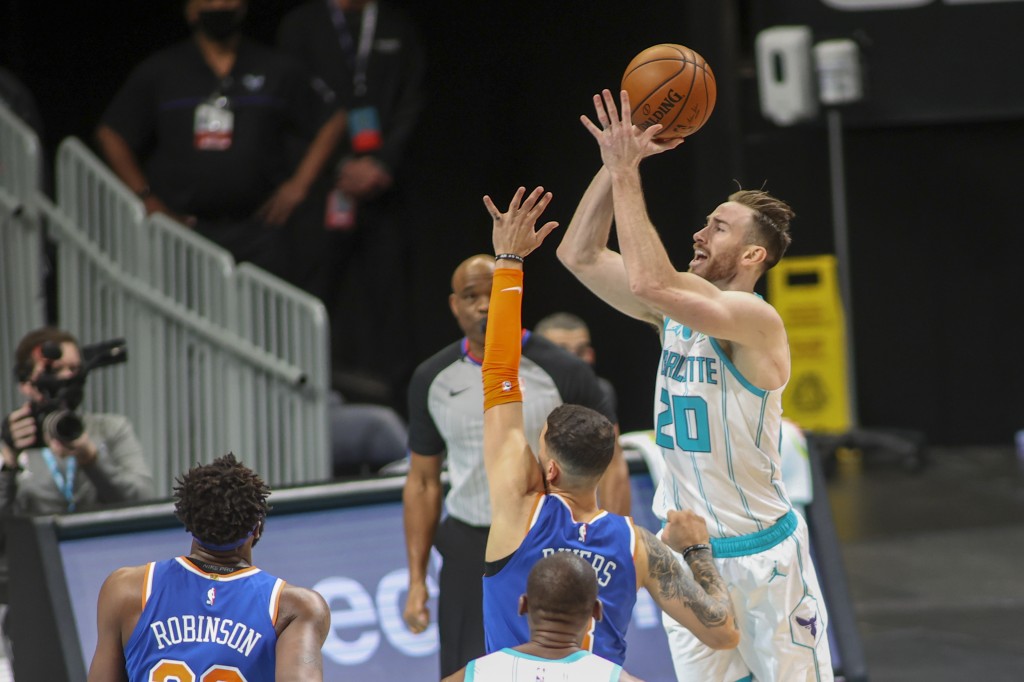 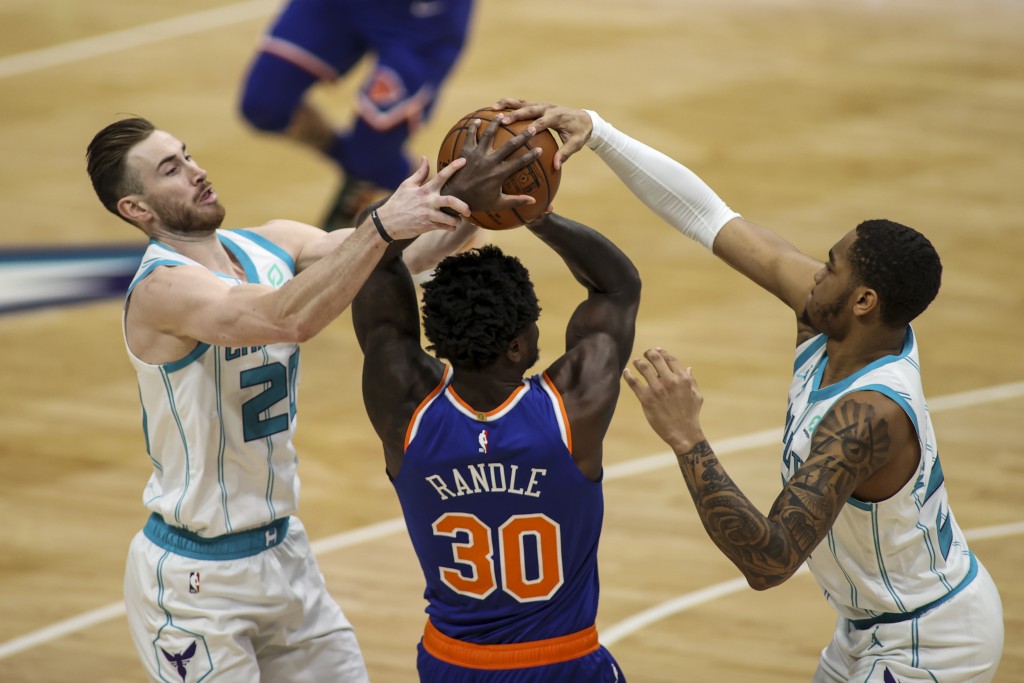 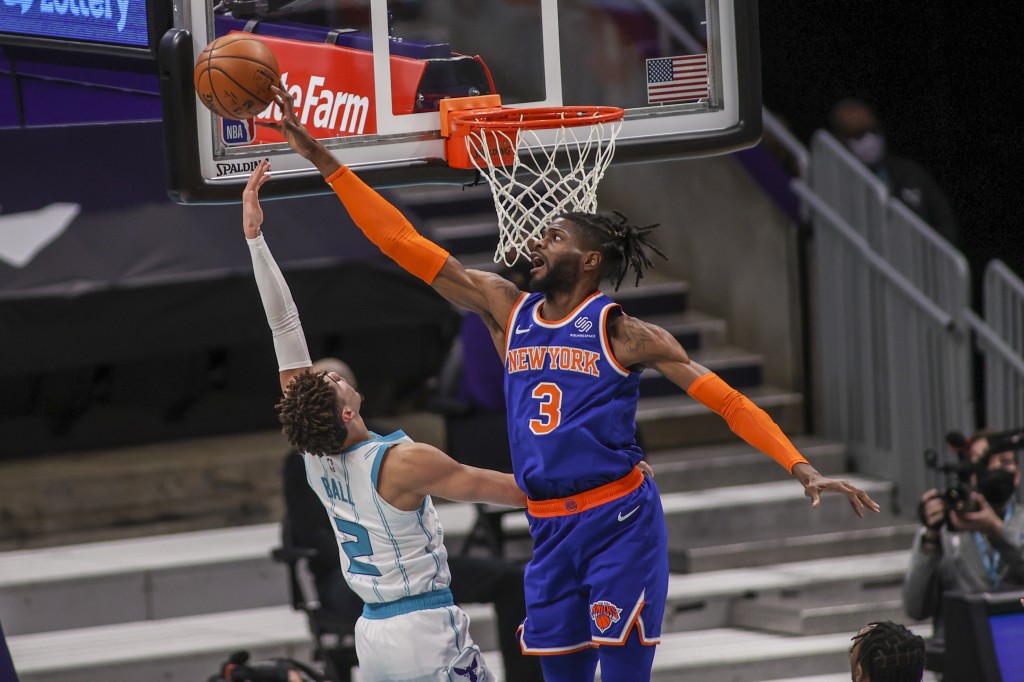 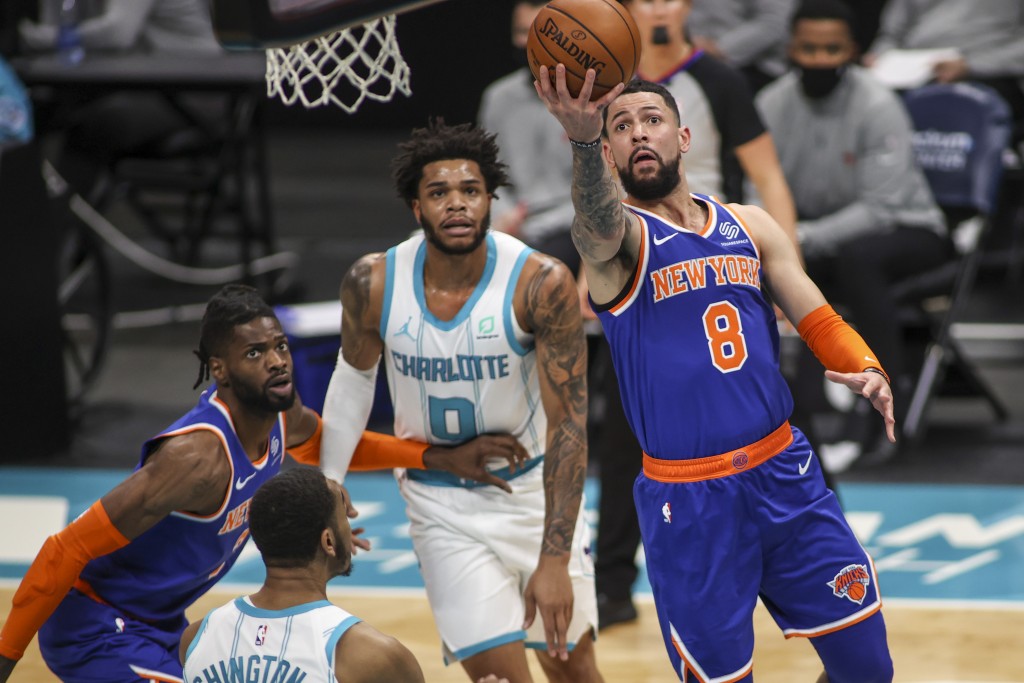 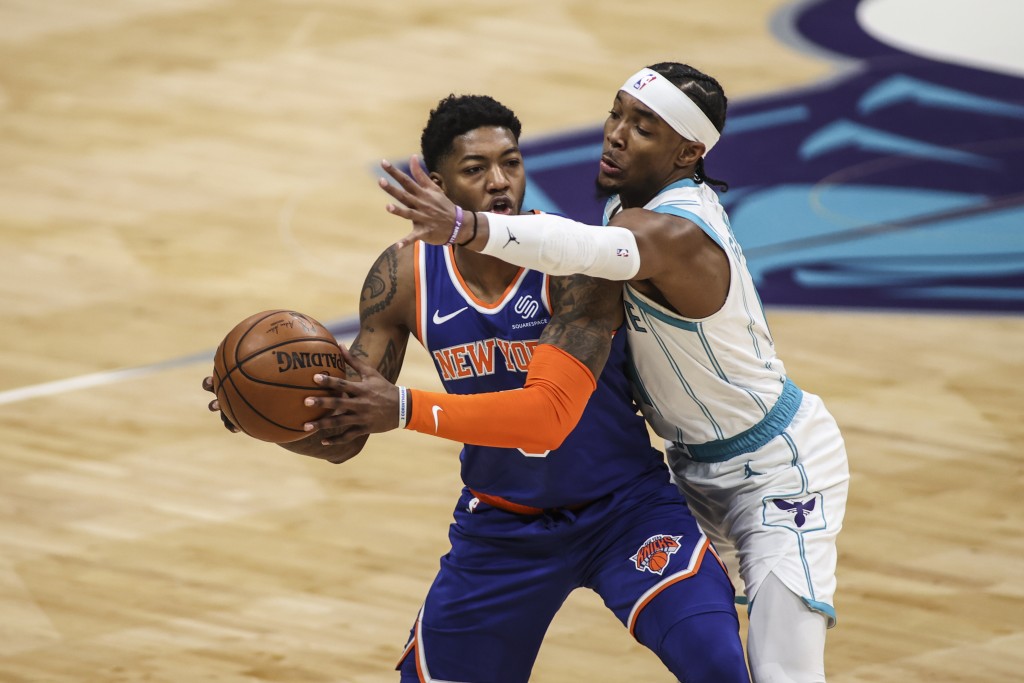 Devonte Graham had 19 points and seven assists for Charlotte, and P.J. Washington had 13 points as the Hornets handed the Knicks their third straight defeat.

Kevin Knox had 19 points to lead the Knicks, and Mitchell Robinson had 12 points and 11 rebounds.

The Hornets scored 24 points off 17 Knicks turnovers. Charlotte committed 10 turnovers while climbing above .500 for the first time this season.

LaMelo Ball, who became the youngest player in NBA history to record a triple-double on Saturday night against the Hawks, was 3 of 13 from the field and finished with eight points, a career-high 14 rebounds and seven assists.

Hayward has been on fire for the Hornets during the team's winning streak, averaging 29.2 points while shooting 55% from the floor and 92% from the foul line.

Knicks: Austin Rivers got his first start of the season with Reggie Bullock ruled out with a sore hip.

Hornets: Came into the game leading the NBA with 29 assists per game. ... Hornets jumped out to a 19-5 lead.

Knicks: Return home to face the Nets on Wednesday night. New York is 2-3 at home.

Hornets: Wrap up a three-game homestand Wednesday night against the Mavericks.