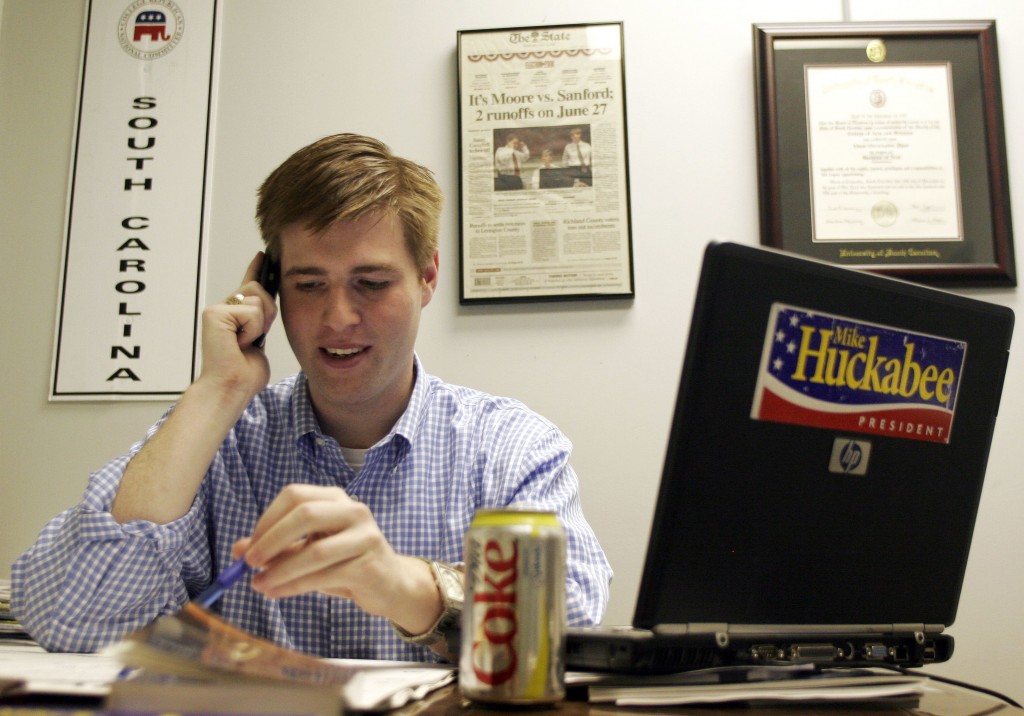 COLUMBIA, S.C. (AP) — The executive director of a national group that advocates for Republican attorneys general has resigned in the fallout of a robocall urging people to march to the U.S. Capitol ahead of the violent assault last week.

The Republican Attorneys General Association and the Rule of Law Defense Fund accepted the voluntary resignation of Adam Piper on Monday, according to a statement obtained by The Associated Press.

“Serving Republican attorneys general has been the honor of a lifetime and honestly a dream job,” Piper said in a statement.

Piper took the job in 2018, following two years as policy director for the partisan group, founded in the late 1990s that works to elect Republicans to top prosecutorial positions across the country. He also spearheaded the Rule of Law Defense Fund, a public policy organization affiliated with RAGA.

It's that political arm that sent out a robocall last Tuesday, encouraging “patriots” to attend an event termed the March to Save America, with remarks from President Donald Trump before a walk to the Capitol “to continue to fight to protect the integrity of our elections.”

The call did not for advocate violence or suggest that protesters should invade the chambers where federal lawmakers had assembled to certify the results of the 2020 presidential election. Thousands of Trump's supporters subsequently stormed the Capitol to try to stop the certification.

On Twitter, RAGA posted about the insurrection, writing during the protests Wednesday that “Americans have the Constitutional right to peacefully gather and protest. However, violence and lawlessness should not be tolerated and must be immediately condemned.”

Ken Paxton, attorney general of Texas and a member of RAGA, spoke at Wednesday's rally, pledging that “we will not quit fighting” in reference to Trump's attempts to subvert the election result.

In response to calls from media outlets seeking information on the group's affiliation with the event, Piper told the Alabama Political Reporter that “No Republican AG authorized the staff’s decision to amplify a colleague speaking at the rally" and called the violence “a dark day in American history.”

Piper didn't immediately respond to AP's questions about his potential involvement in the robocall and feelings about the aftermath of Wednesday's events, pointing instead to his statement.

Over the weekend, Wilson, a former RAGA chairman, tweeted that he was “completely unaware” of and disagreed with the group's involvement in the event.