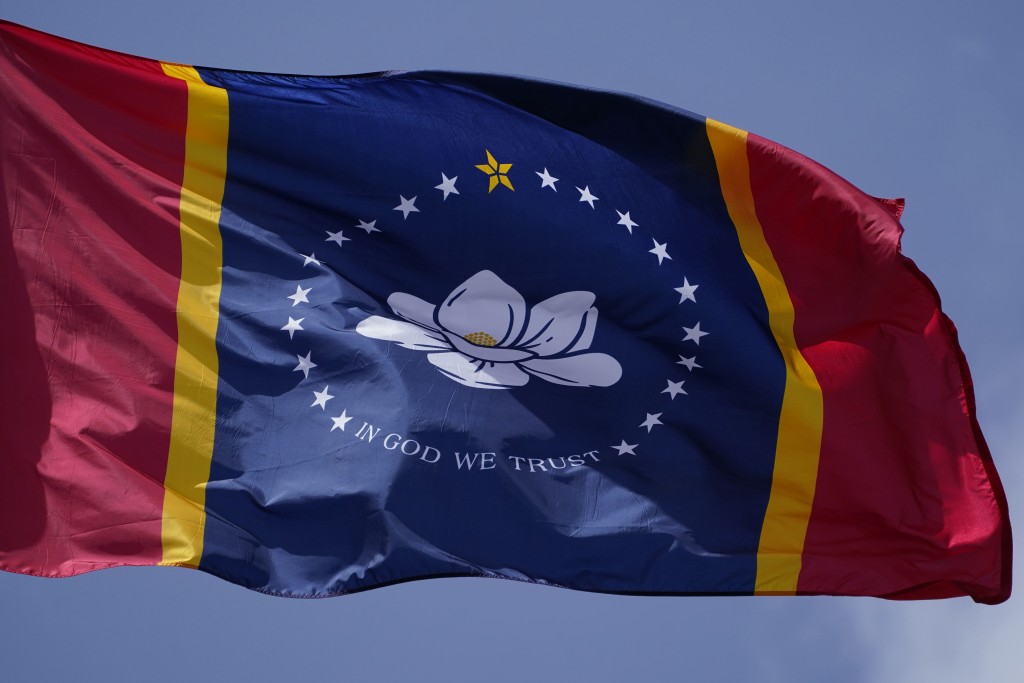 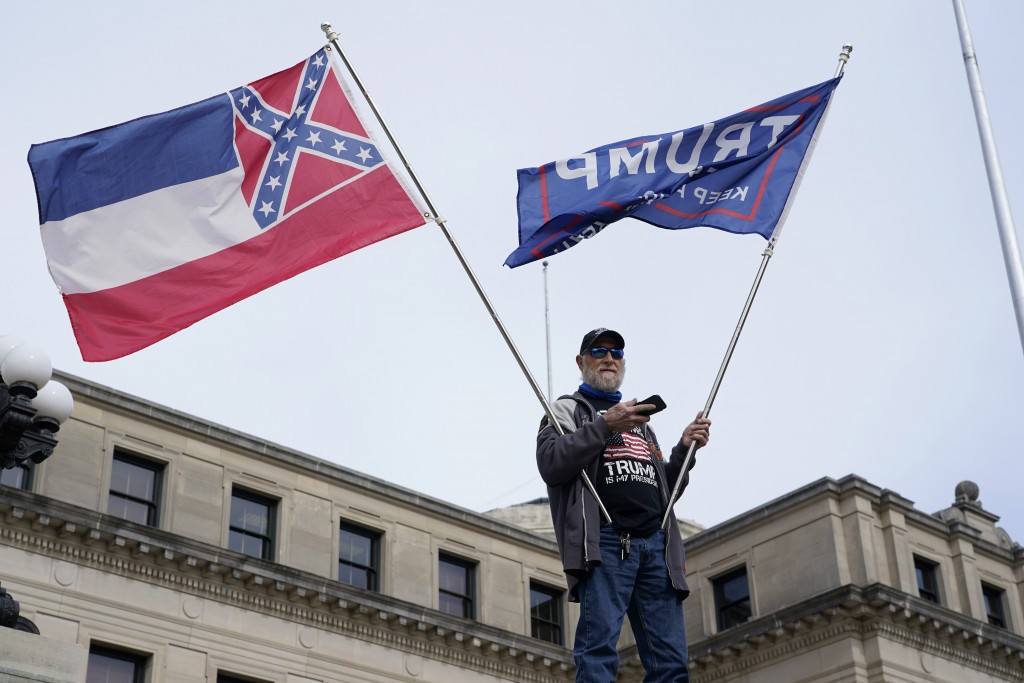 JACKSON, Miss. (AP) — Mississippi Gov. Tate Reeves is set to sign a bill Monday that gives the state a new flag with a magnolia and the phrase, “In God We Trust," just over six months after legislators retired the last state flag in the U.S. that included the Confederate battle emblem.

Momentum to change the Mississippi flag built quickly in June as protests against racial injustice were happening across the nation. Legislators created a commission to design a new flag, specifying that the banner could not include Confederate imagery and that it must include “In God We Trust.”

The public submitted more than 3,000 proposals, and the commission chose the design that has a magnolia blossom encircled by white stars representing Mississippi as the 20th state, plus a single gold star representing Native Americans. The gold star is made of diamond shapes that are significant to the Choctaw culture. The flag also has gold stripes representing the artistic heritage of state that has produced blues great B.B. King, and Nobel Prize-winning novelist William Faulkner.

The law retiring the old flag also specified that the commission's proposed new flag would go on the Nov. 3 ballot for a yes-or-no vote. The magnolia design was the only flag proposal on the ballot, and more than 71% of people who voted that day said yes.

Putting it into law is the final step in making the magnolia flag an official state symbol. The state House and Senate last week passed the bill that Reeves is signing Monday.

The Confederate battle emblem — a red field topped by a blue X with 13 white stars — was put on the upper left corner of the Mississippi flag in 1894 by white supremacists in the state Legislature a generation after the South lost the Civil War. The flag was part of the backlash against political power that Black people had attained during Reconstruction. Critics had long said the flag was a racist symbol that failed to represent a state with the largest percentage of Black residents in the nation.

The Ku Klux Klan and other hate groups have waved the Confederate battle flag for decades. Georgia put the battle emblem prominently on its state flag in 1956, during a backlash to the civil rights movement. That state removed the symbol from its banner in 2001.

Mississippi voters chose to keep the Confederate-themed flag during a 2001 election, but all of the state's public universities and several cities and counties stopped flying it in recent years. Several took it down after the June 2015 slayings of nine Black worshippers at a church in Charleston, South Carolina. The white man charged in the shooting deaths had previously posed, in photos published online, holding the Confederate battle flag.

Supporters of the Confederate-themed Mississippi flag are starting an initiative that seeks to put four flag designs on the statewide ballot for another vote — the 1894 flag, the magnolia flag, one designed by a Jackson artist as an alternative to the 1894 flag and one designed for the state's 2017 bicentennial. Getting that on the ballot is a long shot, though, because of the signature-gathering process that is made more challenging by the coronavirus pandemic.

A few dozen people demonstrated on the south steps of the Mississippi Capitol in support of reviving the old flag. Some also carried flags supporting President Donald Trump.