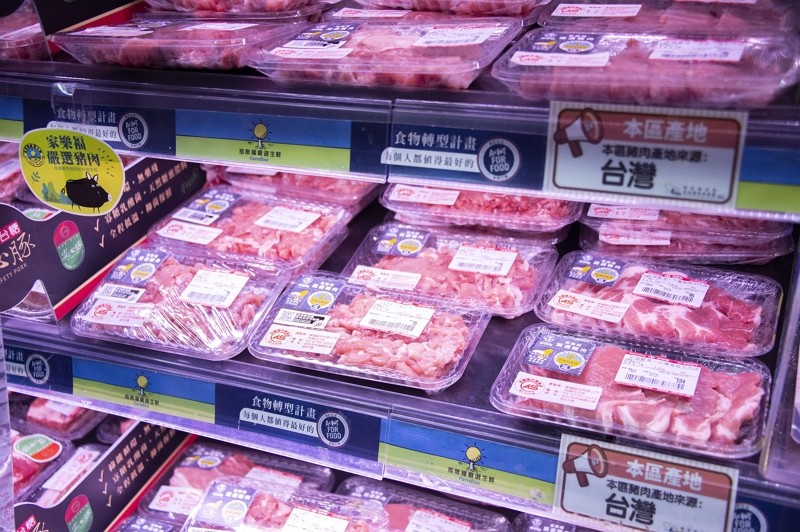 TAIPEI (Taiwan News) — No ractopamine has been detected in the first batch of American pork imports since the relaxation of such imports took effect on New Year’s Day.

Between Jan. 1 and 8, Taiwan imported a total of 96.19 tons of pork and offal from the U.S., according to the “Pork Dashboard.” The data also suggests that the imports account for but a small proportion of fresh pork available in Taiwan, with pork and organ meats making up 3 and 2 percent, respectively.

Launched on Jan. 4, the dashboard discloses information about the countries of origin for pork in Taiwan amid public concern over meat containing the leanness-enhancing feed additive ractopamine, which is widely used in the U.S. Other countries on the list of pork exporters to Taiwan include Australia, Austria, Canada, Finland, France, Italy, the Netherlands, New Zealand, Spain, Sweden, and the U.K.

Opposing the government’s move to introduce ractopamine-laden meat, opposition party the KMT is pushing ahead with a referendum against the substance. The party is aiming to collect 500,000 signatures by March 21 for the initiative, which requires around 290,000 valid signatures, reported Newtalk.

Taiwan hosts public referendums biannually, the date of which falls on the fourth Saturday of August. If the KMT initiative goes smoothly, the vote will take place on Aug. 28 of this year, and a mandate from the people would mean the government would be banned from importing such pork for two years.

An online map indicating certified restaurants serving pork produced in Taiwan went live last week, as the country continues to grapple with public fears about the safety of ractopamine pork.