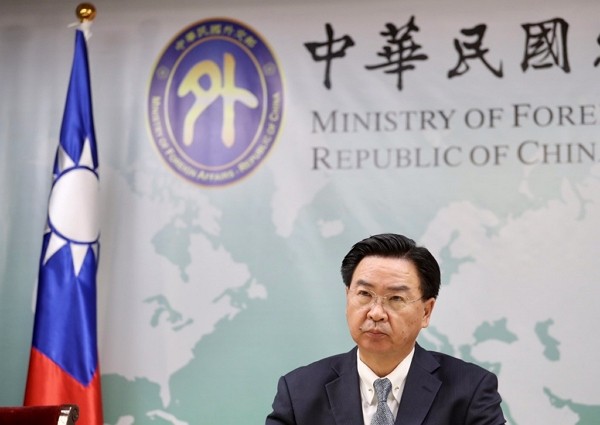 Wu also expressed gratitude to Washington, saying, “Taiwan-U.S. relations have been elevated to a global partnership. The foreign ministry will not let our guard down and hope to continue to boost the development of Taiwan-U.S. ties,” Reuters reported.

Guidelines previously in place contained rules that forbade Taiwan from raising its flag at its Twin Oak Estate in Washington, D.C. and which denied Taiwanese diplomats’ entry into the State Department, along with many others.

The Democratic Progressive Party (DPP) posted on Facebook stating that the decision “fully reflects Taiwan-U.S. solid partnership” and allows for the smooth promotion of bilateral cooperation in various fields, such as politics, economy, and security, as well as the further development of close relations.

The DPP added that it affirmed the move by the U.S. and will continue to strive for bipartisan support in Washington, to deepen the Taiwan-US cooperative partnership, and to look forward to the “infinite possibilities” of future Taiwan-US relations.

Meanwhile, the New Power Party (NPP) announced on Facebook that the nullification of restrictions is based on the “values of democracy, rule of law, and human rights shared by the two countries.” The party also recognized the hard work of Taiwan’s diplomats and expects “substantial relations” between the two countries to continue strengthening.

The lifting of restrictions comes after Pompeo announced last Wednesday that the U.S. ambassador to the UN would visit Taiwan from Jan. 13-15. U.S. Ambassador to the UN Kelly Craft is scheduled to deliver a speech on Jan. 14 at the Institute of Diplomacy and International Affairs, according to the U.S. Mission to the UN. Her speech will cover topics ranging from Taiwan's global contributions to the importance of its inclusion in international organizations.

Taiwan's Ministry of Foreign Affairs said that Craft will meet with President Tsai Ing-wen (蔡英文) and Foreign Minister Wu during her trip. Her visit will mark the first time a U.S. ambassador to the UN has come to Taiwan since it withdrew from the global body in 1971.