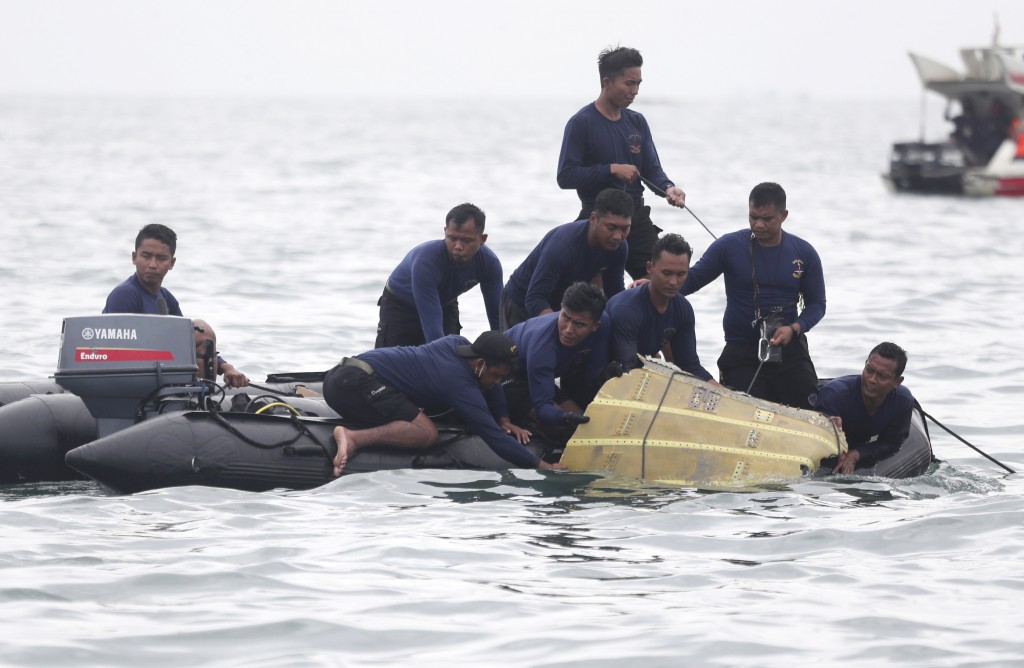 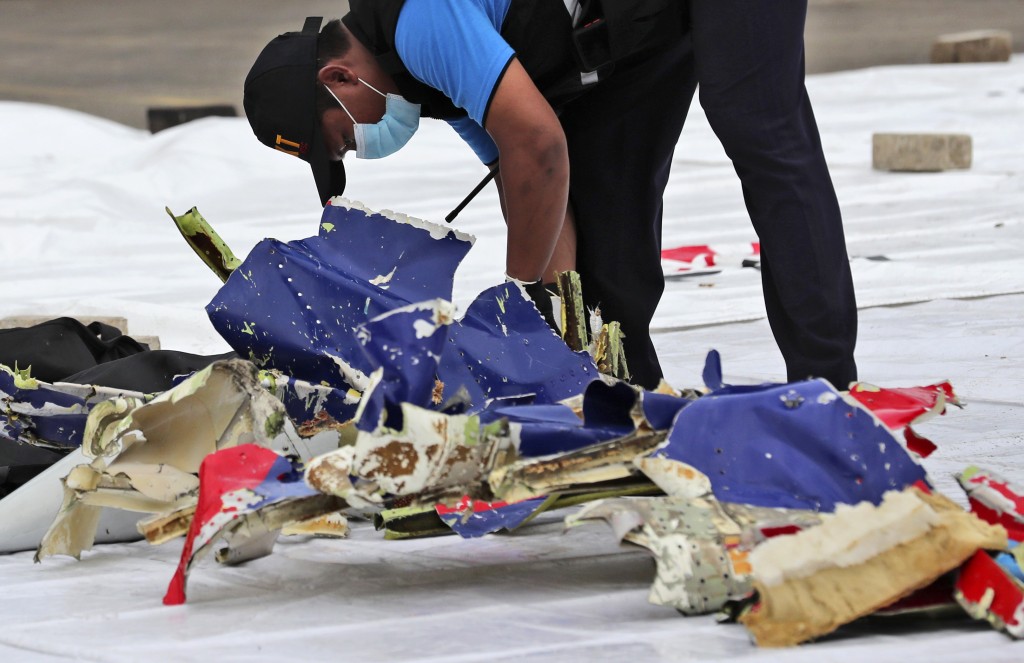 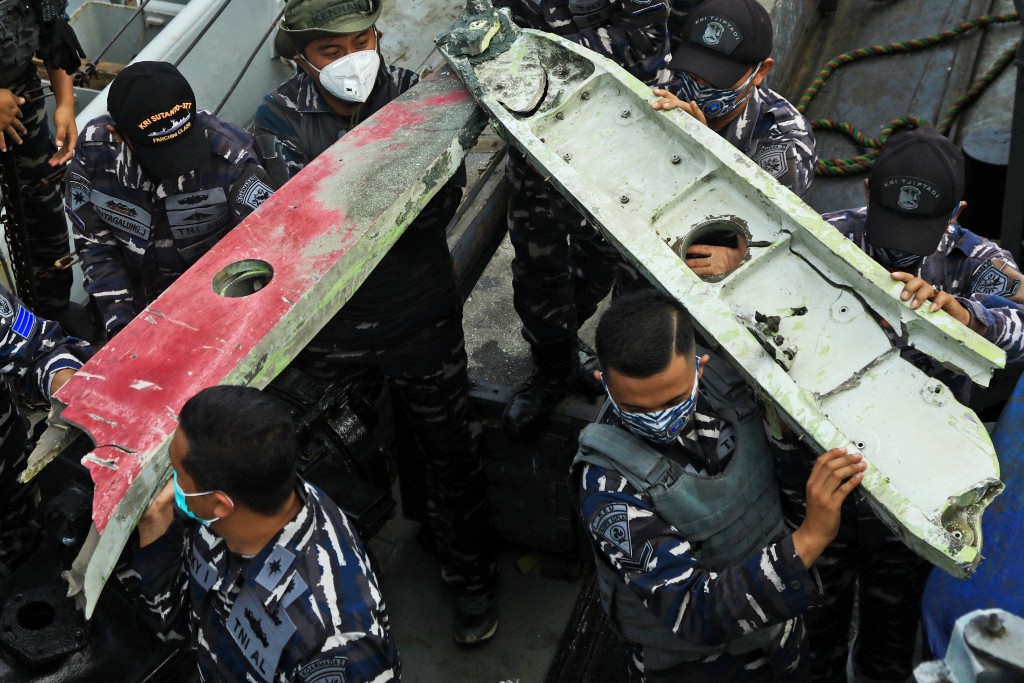 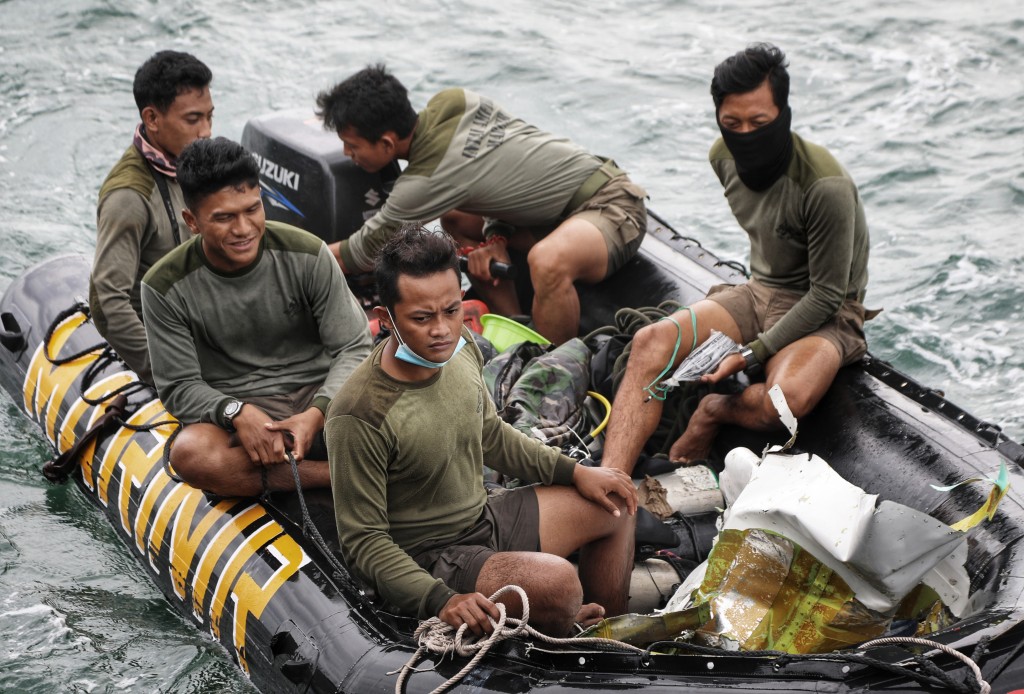 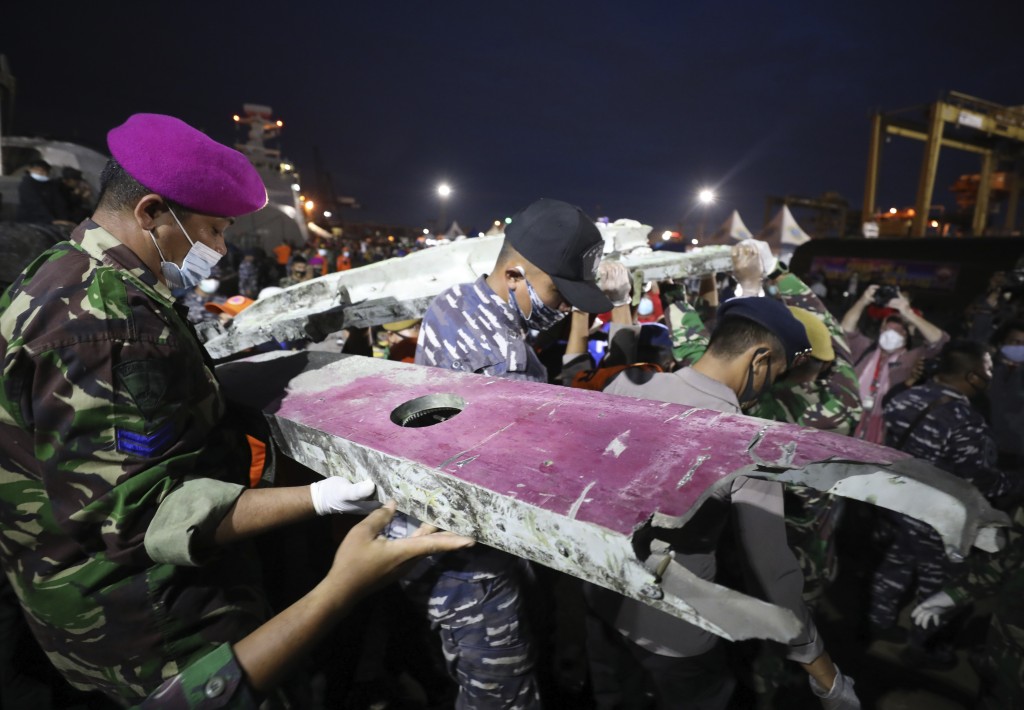 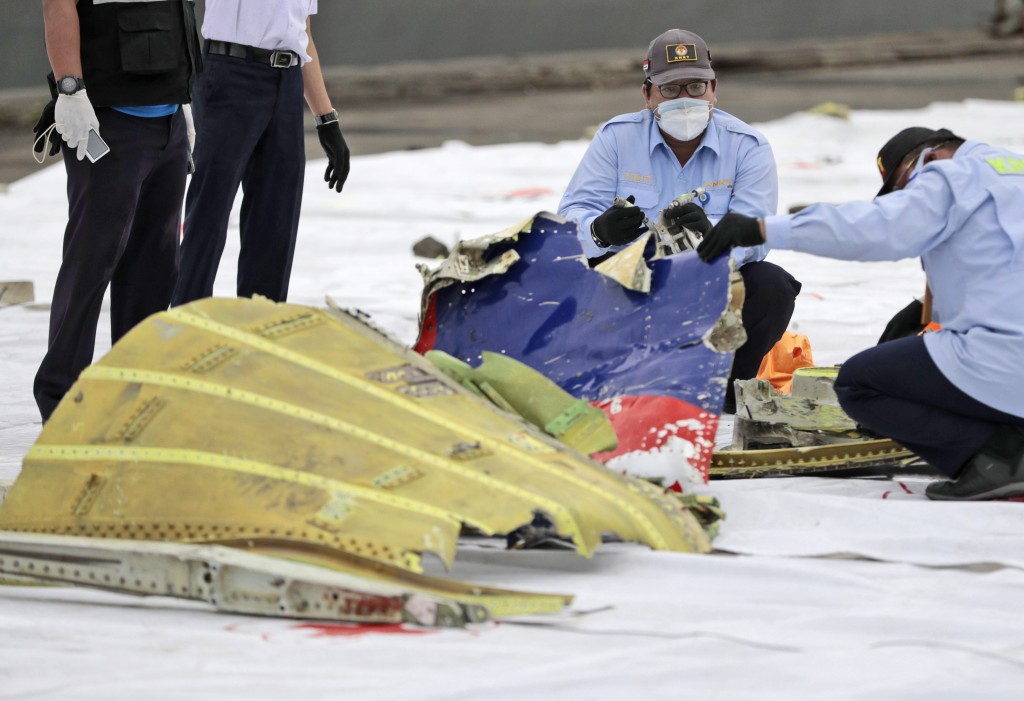 JAKARTA, Indonesia (AP) — The search for the black boxes of a crashed Sriwijaya Air jet intensified Monday to boost the investigation into what caused the plane carrying 62 people to nosedive at high velocity into the Java Sea.

The Boeing 737-500 jet disappeared minutes after taking off from Jakarta, Indonesia’s capital, during heavy rain on Saturday, and the search so far has yielded plane parts and human remains but no sign of survivors.

Authorities have said signals from the boxes containing the cockpit voice and flight data recorders were detected between Lancang and Laki islands in the Thousand Island chain just north of Jakarta's coast. Officials said they have marked a location where the sounds were being emitted from the black boxes, which detached from the tail of the aircraft when it plummeted into the sea.

The cockpit voice recorder holds conversations between pilots, and the data recorder tracks electronic information such as airspeed, altitude and vertical acceleration. When found, they will be transported to port and handed to the National Transportation Safety Committee overseeing the crash investigation.

More than 20 helicopters, 100 navy ships and boats, and 2,500 rescue personnel have been searching since Sunday and have found parts of the plane in the water at a depth of 23 meters (75 feet), leading rescuers to continue searching the area.

Television footages showed landing gear, wheels and a jet engine among the parts found, while other rescuers brought a dozen body bags containing human remains to a police hospital in eastern Jakarta for the identification process.

The transport committee’s chairman, Soerjanto Tjahjono, said the black boxes could provide valuable information to investigators. Once the device is found and taken to the investigators' facility, it will take three to five days to dry and clean the device and to download its data, Tjahjono said.

He said it need more time to analyze it, “depending on the complexity of the problem.”

Indonesia, the world’s largest archipelago nation, with more than 260 million people, has been plagued by transportation accidents on land, sea and air because of overcrowding on ferries, aging infrastructure and poorly enforced safety standards.

In October 2018, a Boeing 737 MAX 8 jet operated by Lion Air plunged into the Java Sea just minutes after taking off from Jakarta, killing all 189 people on board. The plane involved in Saturday’s disaster did not have the automated flight-control system that played a role in the Lion Air crash and another crash of a 737 MAX 8 jet in Ethiopia five months later, leading to the grounding of the MAX 8 for 20 months.

The Lion Air crash was Indonesia’s worst airline disaster since 1997, when 234 people were killed on a Garuda airlines flight near Medan on Sumatra island. In December 2014, an AirAsia flight from the Indonesian city of Surabaya to Singapore plunged into the sea, killing 162 people.

Sriwijaya Air has had only minor incidents in the past, though a farmer was killed in 2008 when a plane went off the runway while landing due to a hydraulic issue.

The United States banned Indonesian carriers from operating in the country in 2007, but reversed the decision in 2016, citing improvements in compliance with international aviation standards. The European Union has previously had similar bans, lifting them in June 2018.