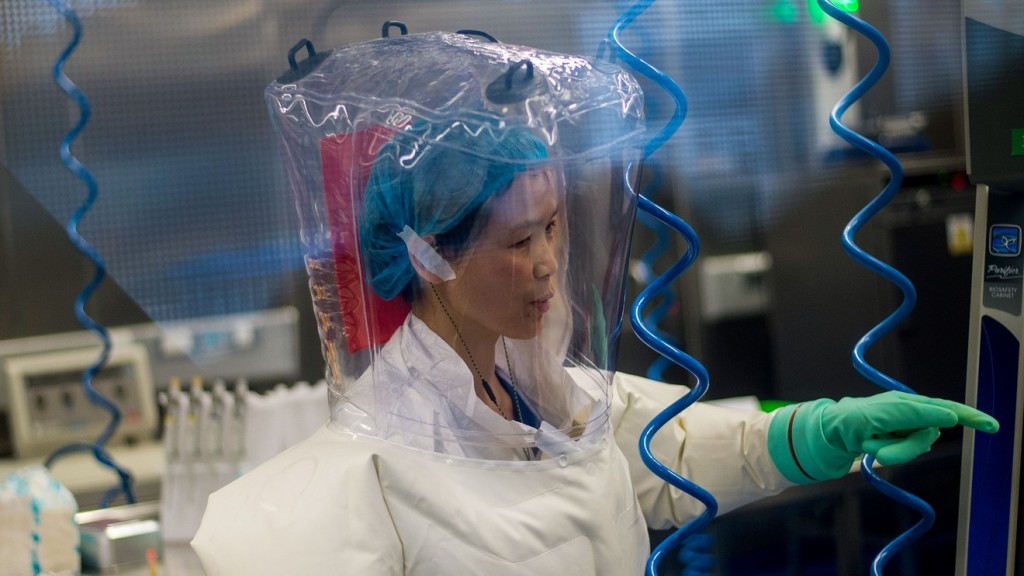 TAIPEI (Taiwan News) — The revelation that a researcher at the Wuhan Institute of Virology (WIV) had been infecting "humanized mice" with new bat SARS coronaviruses in 2019 raises the question of whether an accident during these experiments led to the COVID-19 pandemic.

On Friday (Jan. 8), a researcher who goes by the pseudonym Billy Bostickson and his colleagues at DRASTIC (Decentralized Radical Autonomous Search Team Investigating Covid-19) posted a Twitter thread demanding answers about a state-funded project at the WIV in 2019 that involved infecting transgenic mice with bat coronaviruses. The scientist who headed this project is assistant researcher Hu Ben (胡犇), according to the National Natural Science Foundation of China.

The director of the Center for Emerging Infectious Diseases at WIV, Shi Zhengli (石正麗), also known as "Bat Woman," since 2007 has been researching how spike proteins in natural and chimeric SARS-like coronaviruses bind to the ACE2 receptors in the cells of humans, bats, and other animals. That year, she created a number of chimeras by inserting different segments of the SARS-CoV S spike protein into that of a bat virus (SL-CoV S) which was used as a backbone. The conclusion of Shi's team was that a minimal insert region (amino acids 310 to 518) was enough to "convert the SL-CoV S from non-ACE2 binding to human ACE2 binding." In other words, as far back as 2007, the lab had discovered how to convert a virus that only infected bats into one that could infect humans.

In 2014, Shi, Hu, and other WIV scientists began taking part in gain of function (GoF) experiments with Ralph S. Baric of the University of North Carolina. In October of that year, Anthony Fauci, director of the National Institute of Allergy and Infectious Diseases, called for funding of such projects to be halted out of concern for their danger, but the GoF projects continued at the WIV.

By 2017, the WIV published a paper in which it reported eight chimeric viruses that it had created from transplanted receptor-binding domains from SARS-like bat viruses collected over the course of five years from a cave in Yunnan. “Using reverse genetics technique[s] developed for WIV1 we constructed infectious bacterial artificial chromosome (BAC) clones with WIV1 backbone & variants of S genes from 8 different bat SARSr-CoVs," wrote the researchers.

After the WIV experimented with Vero E6 cells, they used transgenic "humanized mice" from Baric's lab, meaning the rodents had been genetically modified to express the human ACE2 protein. In 2019, just before the known start of the pandemic, Hu began his work on a project titled "Pathogenicity of 2 new bat SARS-related covs to transgenic mice expressing human ACE2."

According to Bostickson, "This research involved 'novel' bat coronaviruses inoculated into immuno-suppressed mice with humanised features, such as hACE2, and possibly humanised lungs, bone marrow, etc..." He added that "Such experiments were a recipe for disaster, as we know."

No information about this research has been released to the public since the start of the pandemic, including data on the eight chimeric viruses the WIV had been infecting the mice with. In fact, all of the institute's databases have been offline since the start of the pandemic for alleged "cybersecurity issues," including 100 unpublished sequences of bat betacoronaviruses, which need to be sequenced by international scientists, according to Bostickson. Bostickson on Friday called on the WIV and their Western collaborators, Aleksei Chmura, Peter Daszak, Tracey Goldstein, Jonna Mazet, Gary Crameri, and Jonathan Epstein, to provide answers on what actually happened in the lab in 2019. In light of the World Health Organization's planned trip to Wuhan to investigate the origins of the virus, DRASTIC has created a petition demanding that the international investigation team answer 50 key questions about the outbreak in Wuhan, including access to the facility's database and laboratory records, which are supposed to go back 20 years.

Hu has yet to respond to a request from Taiwan News for information about the experiments on mice, including the types of coronaviruses involved.