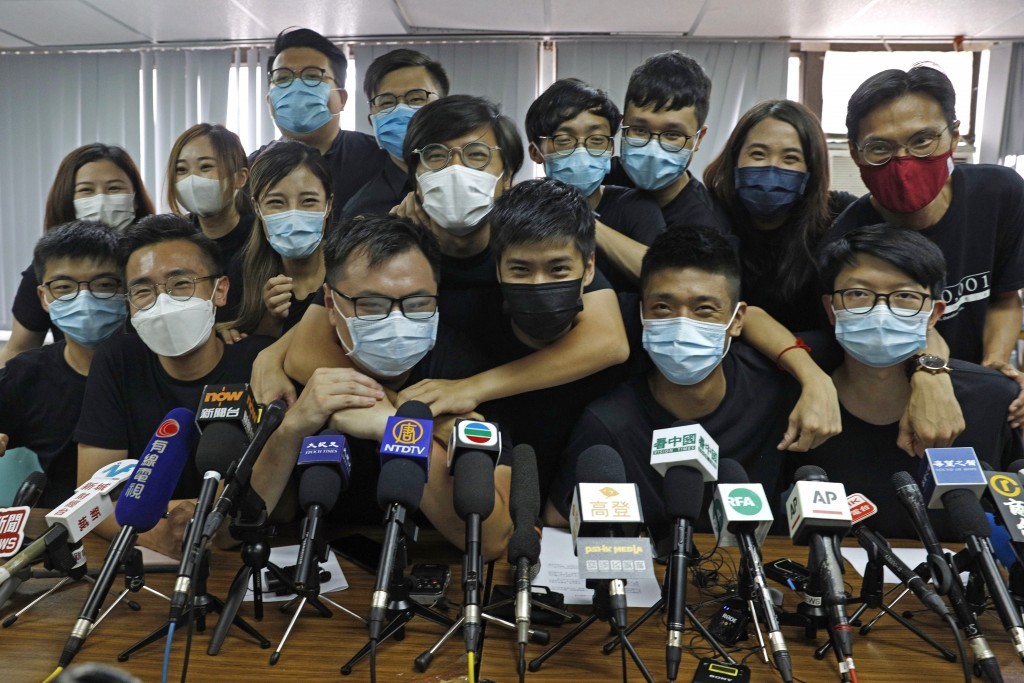 TAIPEI (Taiwan News) — The US, the UK, Australia, and Canada issued a joint statement on Sunday (Jan. 10, Taipei Time) expressing concern over the arrest of over 50 of Hong Kong’s pro-democracy leaders on Jan. 6.

In the statement, the U.S. secretary of state and foreign ministers of the other three countries voiced their "serious concern at the mass arrests of 55 politicians and activists in Hong Kong for subversion under the National Security Law.” The Hong Kong police arrested 53 former lawmakers, district councilors, activists, and scholars on Jan. 6 for their involvement in the pro-democracy camp’s primary elections in July of last year.

The authorities have accused the candidates, who intended to go on to run in the now-postponed Legislative Council elections, of being part of a scheme to take control of Hong Kong's government. Most of the detainees were released on bail on Jan. 7.

“We call on the Hong Kong and Chinese central authorities to respect the legally guaranteed rights and freedoms of the people of Hong Kong without fear of arrest and detention,” said the diplomats. They called the national security law, which took effect last June, “a clear breach of the Sino-British Joint Declaration” and said it is “being used to eliminate dissent and opposing political views.”

Secretary of State Mike Pompeo recently responded to the incident by threatening to impose sanctions and other restrictions on individuals and entities involved in making the arrests.