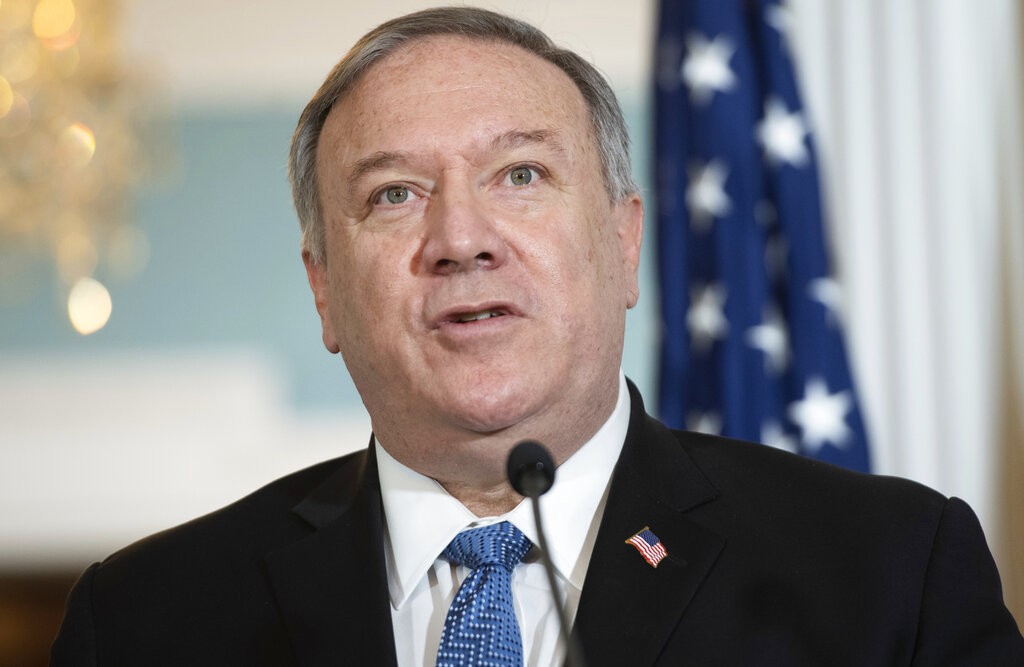 TAIPEI (Taiwan News) — The U.S. government is set to revoke decades-old rules guiding its exchanges with Taiwan, according to Secretary of State Mike Pompeo on Saturday (Jan. 9), an announcement that is likely to draw the ire of China.

“For several decades the State Department has created complex internal restrictions to regulate our diplomats, service members, and other officials’ interactions with their Taiwanese counterparts,” said Pompeo, referring to these regulations as “an attempt to appease the Communist regime in Beijing.”

The relevant rules laid out by internal contact guidelines and the Foreign Affairs Manual or Foreign Affairs Handbook should be “null and void,” Pompeo announced via a statement on Saturday. He pointed out that the U.S. maintains an unofficial relationship with Taiwan through the American Institute in Taiwan (AIT), as stipulated by the Taiwan Relations Act.

The move is expected to anger China and further fuel tensions between Washington and Beijing, which opposes official contact between countries it has diplomatic relations with and Taiwan. It also comes during the last days of the Trump administration, with President-elect Joe Biden to be sworn into office in less than two weeks.

The government has consistently strived to maintain balance in its relationships with other countries, said Presidential Office Spokesperson Xavier Chang (張惇涵) on Sunday. Taipei remains committed to this policy as it continues to seek stronger ties with the U.S., he added.

“I'm grateful to @SecPompeo & @StateDept for lifting restrictions unnecessarily limiting our engagements these past years,” tweeted Taiwanese Foreign Minister Joseph Wu (吳釗燮) on Sunday. “I'm also thankful for strong bipartisan support in Congress for the #Taiwan Assurance Act, which advocates a review of prior guidelines.”

The Taipei Economic and Cultural Representative Office in the U.S. on Sunday (Jan. 10) also expressed gratitude to the U.S. State Department for the move, which it described as reflecting the strength and depth of bilateral relations. “We look forward to broadening the Taiwan-U.S. partnership in the months & years ahead,” the de facto embassy said.

The U.S. severed diplomatic ties with Taiwan under President Carter in 1979, and successive administrations have applied internal mechanisms governing interactions with Taiwanese authorities. The rules are not always rigid, though, and can fluctuate depending on the U.S.’ relationship with Taiwan and China.

Taiwan-U.S. relations have warmed in recent years, and interactions between officials from both countries have become more frequent and higher profile. The Taiwan Travel Act, enacted by the U.S. in 2018, encourages mutual visits by senior officials.