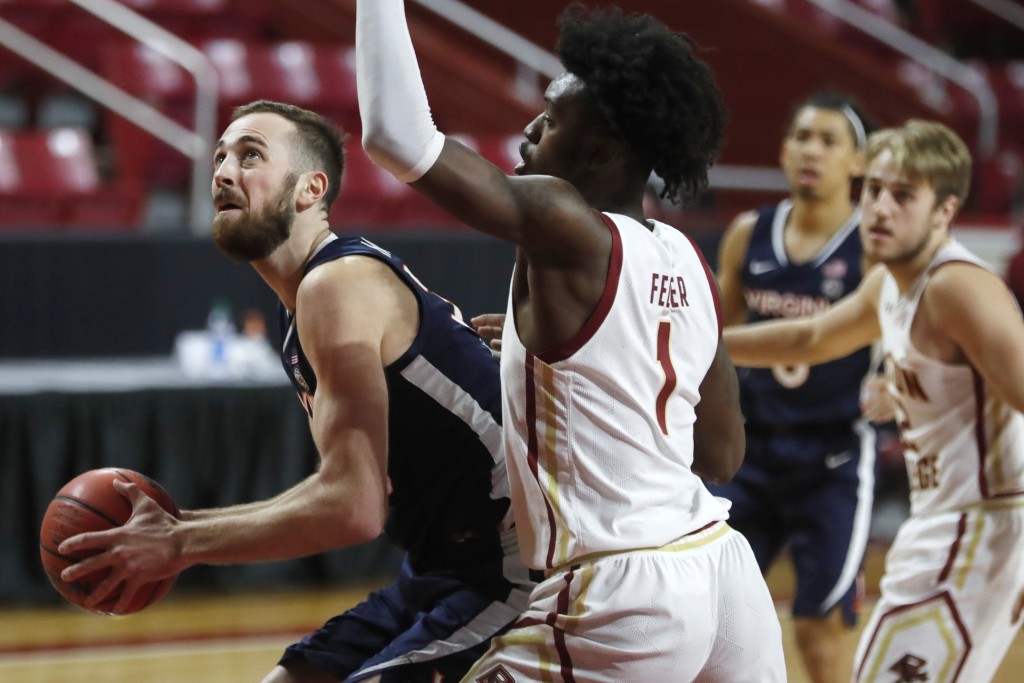 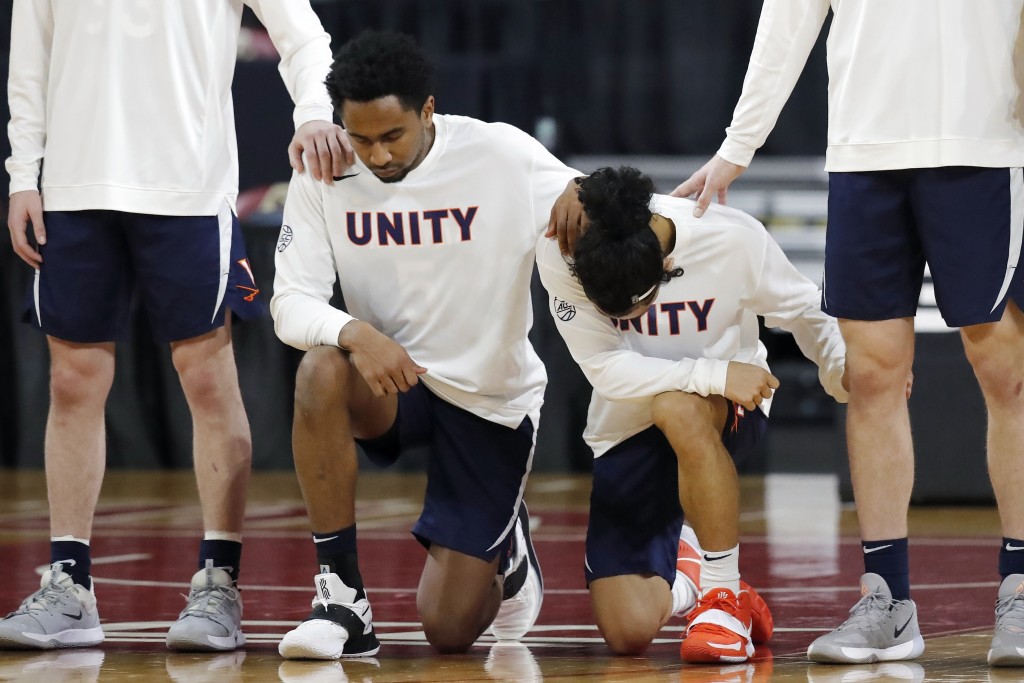 BOSTON (AP) — Jay Huff matched his career-high with 18 points, adding eight rebounds on Saturday to lead No. 22 Virginia to a 61-49 victory over Boston College.

Sam Hauser scored 17 with 10 boards to help the Cavaliers (6-2, 3-0 Atlantic Coast Conference) win their third straight since a Dec. 26 loss to top-ranked Gonzaga.

DeMarr Langford Jr. scored 14 and CJ Felder had nine points and nine rebounds for BC, which managed a season-low points. The Eagles (2-9, 0-5) have lost eight of their last nine matchups against Virginia, with the one victory coming in January against the No. 18 and defending NCAA champion Cavaliers — BC's last win over a ranked team.

Boston College stayed close in the first half by scoring 14 straight points while holding Virginia without a point for 8:44. But the Eagles didn't really take full advantage: They went scoreless for more than five minutes themselves, with the score was stuck at 18-16 from the 11:06 mark until there was 5:56 left in the half.

The drought turned an 18-11 Virginia lead into a 25-18 deficit. But the Cavaliers scored the next nine points and took a three-point lead into the half. After Felder made a 3-pointer to open the second, Virginia scored 12 of the next 14 points to open a double-digit lead.

Wynston Tabbs, the Eagles' leading scorer, was scoreless while missing all nine of his shots. BC was without starting point guard Makai Ashton-Langford (knee) and forward Steffon Mitchell (calf).

Virginia's only loss since the day after Thanksgiving was to No. 1 Gonzaga. The Cavaliers also had four games postponed or canceled.