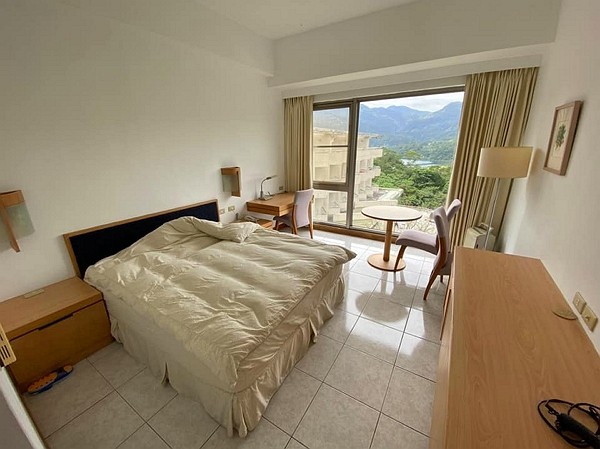 In response to the anticipated influx of people arriving for the Lunar New Year holiday, the CECC announced Wednesday (Jan. 6) that an additional 1,500 to 2,000 quarantine centers will become available on Jan. 15 to meet demand. The facilities will charge a fee of NT$2,000 (US$71) per person per day, while accompanying children under the age of 12 can stay for free.

Currently, non-resident foreigners are barred from entry to prevent the spread of the new coronavirus variant from the U.K. Meanwhile, overseas arrivals are required to undergo a two-week isolation period at government quarantine centers or in a private residence under the principle of one person per accommodation.

On Thursday (Jan. 7), photos of Taiwan's quarantine centers were posted on a WeChat group used by Taiwanese businessmen in Shanghai, prompting some people to mock the simplicity of the rooms. They accused the centers of being “prison-like” and unworthy of the price charged by the government, with a handful of sarcastic comments suggesting the country has returned to the 1970s.

During a press conference on Friday (Jan. 8), CECC Spokesman Chuang Jen-hsiang (莊人祥) said it was irrational to compare government quarantine centers with five-star hotels. He said basic amenities are provided in each room at the centers, and assistance from medical staff is available for those who need it, reported New Talk.

In a Facebook post published on Saturday, CECC official Wang Pi-sheng (王必勝) also released photos of rooms from a number of quarantine centers to push back against criticism. He said there is a variety of rooms but that none even slightly resemble a prison cell.

Wang emphasized that the remarks from the overseas Taiwanese were unfair to the medical workers who spent time ensuring the safety of quarantine centers. He added that most people who stayed at the centers were satisfied with their experience.

Wang also noted that 43 percent of rooms at the new quarantine centers have been booked since registration began on Friday (Jan. 8). He said most of the bookings were from Taiwan nationals returning from China between Jan. 12-26, reported CNA.