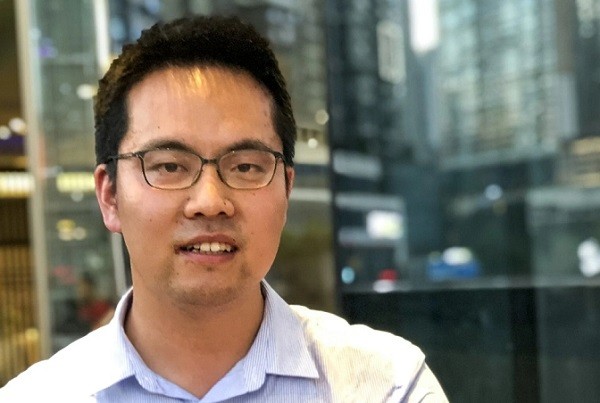 TAIPEI (Taiwan News) — Amid the flurry of arrests and convictions of journalists in China, former Caijing magazine and Tencent Finance reporter Zhang Jialong (張賈龍) has been sentenced to one and a half years for disturbing the peace after being in police custody more than 17 months.

Since 2011, Zhang has been targeted by Chinese law enforcement for comments he made on Twitter that criticized the authorities and advocated for human rights. He was seen as a "dangerous figure who disrupts public order in the capital" and detained by the Beijing police for his reports about food safety and Chinese dissidents, according to Weiquan Wang (維權網), a Chinese human rights-related blog.

In 2014, Zhang met with former U.S. Secretary of State John Kerry in Beijing to discuss internet freedoms in China. During the conversation, he asked the American government to help tear down China's "Great Firewall" and accused U.S. companies of helping the Chinese authorities constrain freedom on the web, which drew reprimands from Chinese state media.

He later published an article in Foreign Policy, calling on the U.S. to deny visas to those responsible for the Chinese firewall, before being by Tencent for his "aggressive" conversation with Kerry and for sharing confidential information. As a blogger, Zhang has published several articles disclosing how the Chinese Communist Party (CCP) censors information on the internet. For example, when the New York Times reported on the hidden fortune of former Chinese Premier Wen Jiabao's (溫家寶) family in 2012, Zhang received orders from the government agency to remove all the relevant information across Tencent's network before the CCP blocked the connection to the Times' domain in China.

Using his Twitter account, Zhang also tweeted about Taiwan and Hong Kong affairs. He has mentioned that he rallied with protesters during Hong Kong's Umbrella Movement in 2014, before he was forbidden to leave China.

When Chinese human rights activist Liu Xiaobo (劉曉波) died in police custody, he tweeted, "People should carry the purpose, courage, and wisdom of their predecessors to end the one-party state and continue striving for a democratic country."

Zhang was arrested at his house in Guiyang in August 2019 and has been detained since then. He said he would appeal his guilty verdict.