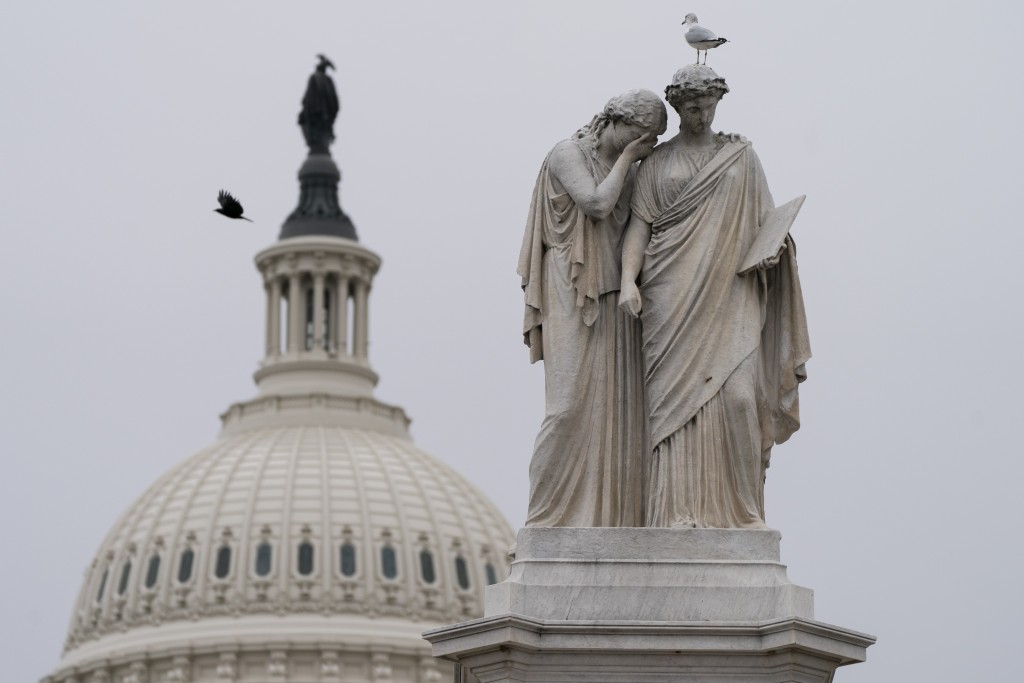 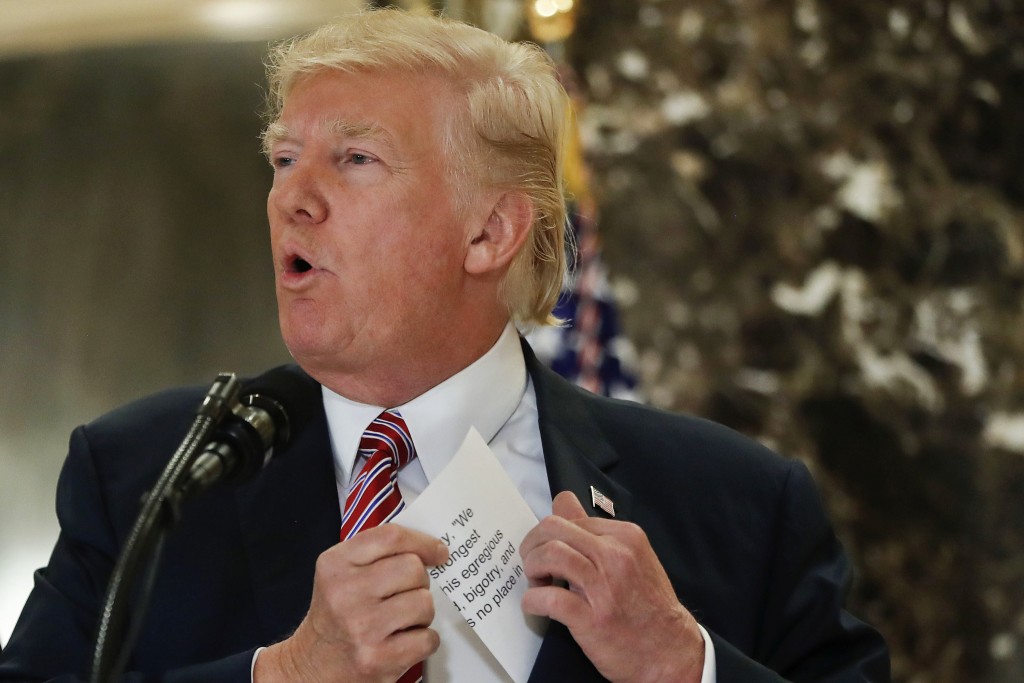 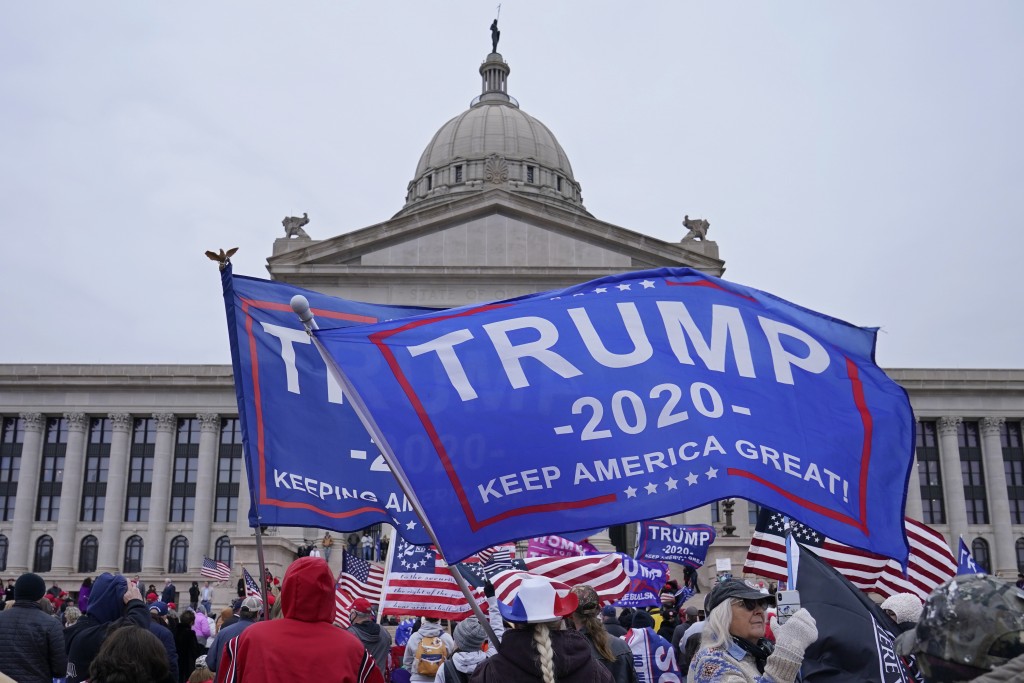 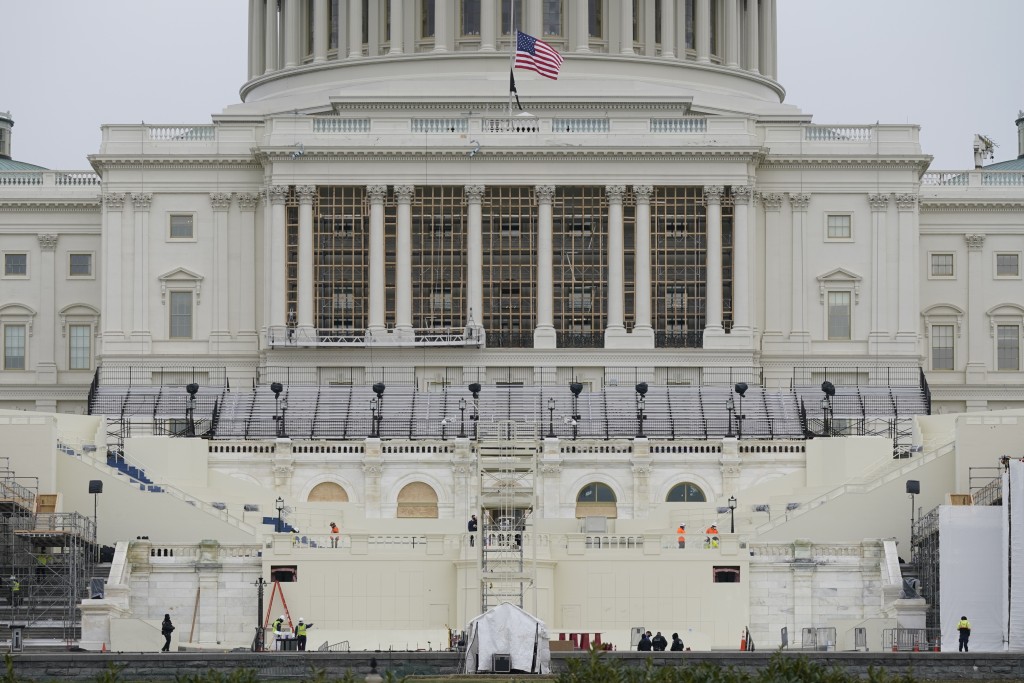 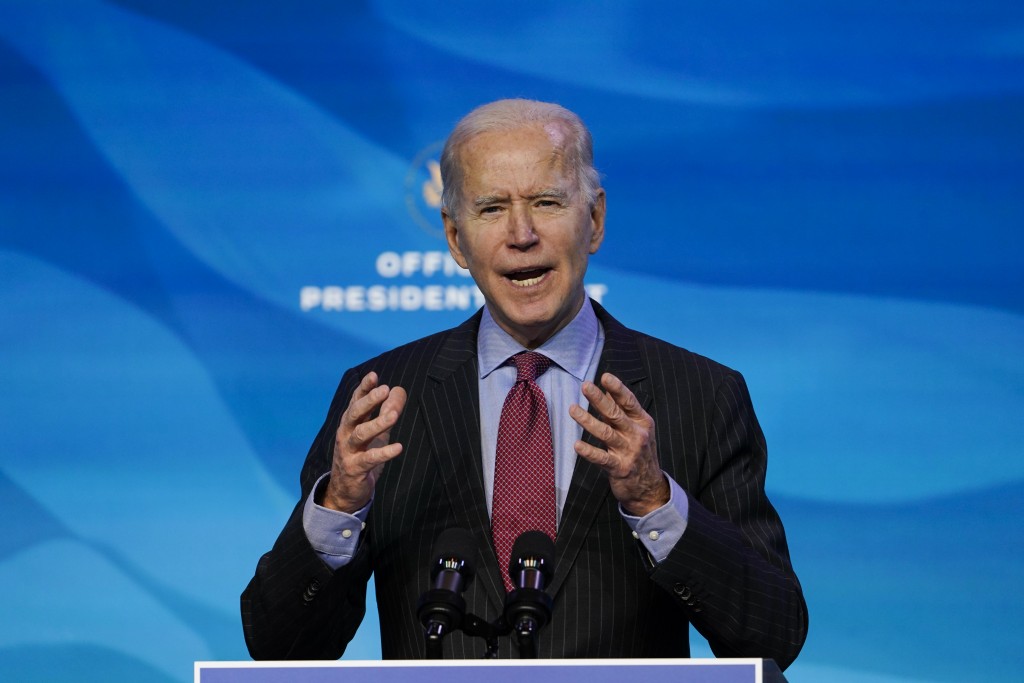 WASHINGTON (AP) — President Donald Trump left plenty of clues he'd try to burn the place down on his way out the door.

The clues spread over a lifetime of refusing to acknowledge defeat. They spanned a presidency marked by raw, angry rhetoric, puffed-up conspiracy theories and a kind of fellowship with “patriots” drawn from the seething ranks of right-wing extremists. The clues piled on at light speed when Trump lost the election and wouldn't admit it.

The culmination of all that came Wednesday when Trump supporters, exhorted by the president to go to the Capitol and “fight like hell” against a “stolen” election, overran and occupied the building in an explosive confrontation that left a Capitol Police officer and four others dead.

The mob went there so emboldened by Trump's send-off at a rally that his partisans live-streamed themselves trashing the place. Trump, they figured, had their back.

This was, after all, the president who had responded to a right-wing plot to kidnap Michigan's Democratic governor last year with the comment: “Maybe it was a problem. Maybe it wasn't.”

Over the arc of his presidency and his life, by his own words and actions, Trump hated losing and wouldn't own up to it when it happened. He spun bankruptcies into successes, setbacks in office into glowing achievements, the stain of impeachment into martyrdom.

Then came the ultimate loss, the election, and desperate machinations that politicians likened to the practices of “banana republics" or the "Third World” but were wholly America in the twilight of the Trump presidency.

Often with a wink and a nod over the last four tears, sometimes more directly — “We love you,” he told the Capitol Hill mob as he gently suggested well into the clashes that they go home now — Trump made common cause with fringe elements eager to give him affirmation in return for his respect.

That made for a combustible mix when the stakes were highest. The elements had been coming together in plain sight, often in missives delivered by tweet. (On Friday, Twitter banned Trump's account, denying him his megaphone of choice, "due to the risk of further incitement of violence.”)

“I wish we could say we couldn’t see it coming,” President-elect Joe Biden said of the Capitol melee. "But that isn’t true. We could see it coming.”

Mary Trump saw it coming from her unique vantage point as a clinical psychologist and Trump niece.

“It’s just a very old emotion that he’s never been able to process from when he was a little kid — terrified of the consequences of being in a losing position, terrified of being held accountable for his actions for the first time in his life,” she told PBS a week after the election.

“He is in a position of being a loser, which in my family, certainly ... was the worst possible thing you could be,” she said. “So he’s feeling trapped, he’s feeling desperate ... increasingly enraged."

Post-election trouble was predictable because Trump all but said it would happen if he lost.

Months before a vote was cast, he claimed the system was rigged and plans for mail-in voting fraudulent, assailing the process so relentlessly that he may have hurt his chances by discouraging his supporters from voting by mail. He pointedly declined to assure the country in advance that he would respect the result, something most presidents don't have to be asked to do.

There was no evidence before the election that it would be tainted and no evidence after of the massive fraud or gross error that he and his team alleged in scores of lawsuits that judges, whether appointed by Republicans, Democrats or Trump himself, systematically dismissed, often as nonsense. The Supreme Court, with three justices placed by Trump, brushed him off.

That didn't stop him.

But the election aftermath ultimately left him with no fallback except his foot soldiers, who couldn't countenance his losing, either.

He's praised supporters of QAnon, a convoluted pro-Trump conspiracy theory, saying he didn’t know much about the movement “other than I understand they like me very much” and “it is gaining in popularity.”

QAnon centers on an alleged anonymous, high-ranking government official known as “Q” who shares information about an anti-Trump “deep state.” The FBI has warned that conspiracy theory-driven extremists, such as QAnon, are domestic terrorist threats.

In 2017, Trump said there was “blame on both sides” for deadly violence in Charlottesville, Virginia, the site of a standoff between white supremacist groups and those protesting them. He said there were “fine people” on both sides.

And during a debate with Biden, Trump wouldn’t criticize the neo-fascist Proud Boys. Instead, Trump said the group should “Stand back and stand by.” The remark drew a firestorm and a day later he tried to walk it back.

Trump didn’t condemn the actions of an Illinois teen accused of fatally shooting two people and wounding a third during summer protests on the streets of Kenosha, Wisconsin. Kyle Rittenhouse pleaded not guilty to charges.

In October he chose not to denounce people who plotted the kidnapping of Michigan Gov. Gretchen Whitmer, a Democrat. “When our leaders meet, encourage or fraternize with domestic terrorists, they legitimize their actions and they are complicit,” she said. “When they stoke and contribute to hate speech, they are complicit.”

To Mary Trump, the manner of her uncle's defeat helped to set the stage for the toxicity she presciently said in November would happen.

Republicans in the Senate and House races outperformed him, enlarging their minority in the House and holding their Senate majority until Georgia’s two elections this month tipped the Senate balance to Democrats.

His defeat Nov. 3 was on him, not the party. “So he also doesn’t have anybody else to blame,” his niece said. “So I think that he is probably in a position that nobody can help him out of emotionally and psychologically, which is going to make it worse for the rest of us.”

“If you’re surprised, you haven’t been paying attention,” said Amy Spitalnick of Integrity First, a civil rights group engaged in lawsuits over the 2017 Charlottesville violence.

Thursday night, Trump took a stab at a unifying message, after months of provocation, saying in a video “this moment calls for healing and reconciliation."

But Friday he was back to tending “his great American Patriots” and demanding they be treated fairly, and he said he won't go to Biden's inauguration.

He acknowledged his presidency was ending, but did not — could not, may never — acknowledge defeat.

For all of the insulting nicknames he's tagged on his political foes — sleepy, shifty, cryin’, corrupt, crazy, little, brain-dead, wacky, pencil neck, low-IQ, watermelon head, dummy, deranged, sick puppy, low energy — none was meant to sting more than “loser.” And nothing, it seems, stung more than when the loser was him.