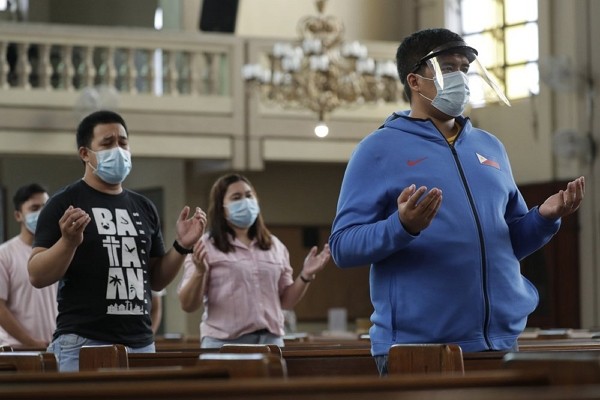 All had provided proof of a negative COVID test issued within three days of their flights, and none had shown any symptoms of the virus.

According to Chuang, case No. 827 is an Indonesian fisherman in his 30s who arrived in Taiwan on Dec. 23. He had no symptoms after entering the country but was confirmed with the coronavirus on Jan. 7 upon completion of his 14-day quarantine.

The health department identified 23 people who had recently come in contact with the man. All of them were asked to undergo seven days of self-health management.

Case No. 828 is a Filipina in her 20s who came to Taiwan for work on Dec. 13. She was asymptomatic after arriving and tested negative when she completed her 14-day quarantine on Dec. 27.

After her self-health monitoring period ended, she underwent another COVID test at her own expense on Jan. 7. She was confirmed with the coronavirus Friday.

When he completed the required self-health management on Jan. 8, he underwent a self-paid COVID test. He was confirmed to have the disease on Friday.

Chuang said cases 828 and 829 both stayed in a worker's dormitory during their self-health monitoring period. A total of five contacts were listed for the two cases, and they have been asked to self-monitor their health.

Among Taiwan's tally of 828 cases, 733 were imported, 56 were local, 36 originated from the Navy's "Goodwill Fleet," and one case was classified as unresolved. The country's death toll from the pandemic remains at seven, with the most recent death occurring in May.

Since one case had originally been listed as No. 530 but was later reclassified as not infected, there is a discrepancy in the categorization of the case number. As of Saturday, 101 patients were still being cared for in hospitals, and 720 had been released from care, according to the latest CECC statistics.