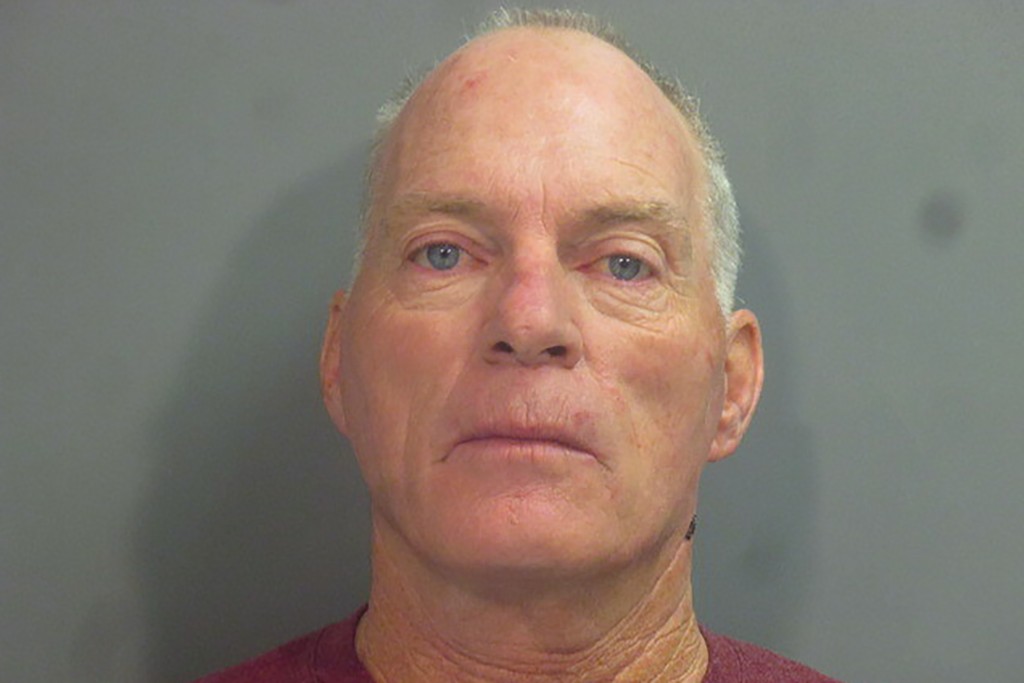 LITTLE ROCK, Ark. (AP) — The FBI on Friday arrested an Arkansas man who was photographed sitting at a desk in House Speaker Nancy Pelosi’s office following the storming of the Capitol by a mob of President Donald Trump’s supporters, authorities announced.

Richard Barnett was arrested in Little Rock, according to Ken Kohl, the top deputy federal prosecutor in Washington.

Kohl said Barnett was charged for entering Pelosi’s office, where he “left a note and removed some of the speaker’s mail.” Barnett, 60, faces three federal charges: knowingly entering or remaining in restricted grounds without authority; violent entry and disorderly conduct on Capitol grounds; and theft of public property or records. If convicted, he faces up to a year in federal prison.

He was being held in the Washington County Jail in Arkansas. Jail records did not list an attorney for him.

Authorities say Barnett was among supporters of Trump who stormed the Capitol on Wednesday. Five people died because of the protest and violence, including a Capitol police officer.

Authorities said in court documents that they were able to identify Barnett in part through photographs taken by news media when he was inside the building. Authorities also used video surveillance from inside the Capitol and a video interview Barnett gave to a New York Times reporter in which he said, “I didn’t steal (an envelope). ... I put a quarter on her desk, even though she ain’t (expletive) worth it.”

Barnett is from Gravette in northwest Arkansas. He has identified himself on social media as a Trump supporter and gun rights advocate.

Jim Parsons, a retired Army lieutenant colonel who served in Vietnam as a Green Beret, told The Associated Press that he has been a guest speaker at a couple of “patriotic gatherings” that Barnett also attended. Barnett had an AR-15 rifle with him “to make sure things stay peaceful,” Parsons said. He called Barnett “a good guy. He’s patriotic.”

One of the groups that Barnett belongs to believes “a face mask is a dress rehearsal for what’s to come. … It’ll end up with a chip in the forehead,” said Parsons, who is from Bella Vista, Arkansas.

Gravette Mayor Kurt Maddox said the photo of Barnett in Pelosi's office has brought his small town unwelcome attention and some residents have received threats.