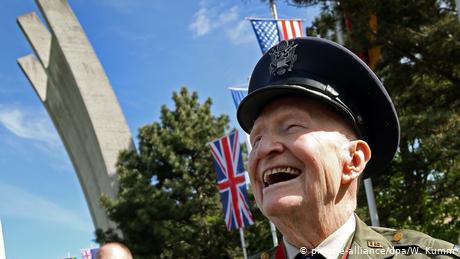 Germany's carbon emissions during last year were down by 42.3% over 1990 levels, according to analysis by Berlin-based think tank Agora Energiewende.

Agora attributes two thirds of the reduction to the coronavirus pandemic: most notably a signifcant drop in energy usage in industry, resulting in a CO2 emissions fall of more than 50 million tons compared to 2019.

Without the crisis, the drop would have been closer to 25 million tons, Agora estimated.

Electric car sales in December set a monthly record in Norway with 66.7%, according to figures published on Tuesday by the OFV industry group.

Electric vehicles accounted for 54.3% of the new car market last year, up from 42.4% a year earlier, OFV said.

The four best-selling models in the Nordic nation were the Audi e-tron, the Tesla Model 3, the Volkswagen ID.3 and the Nissan Leaf — all fully electric.

The rhino was discovered complete with all its limbs, some of its organs including part of the intestines, its tusk and even its wool, according to Russian news agency Yakutia 24.

Gail Halvorsen, the pilot who was known and loved by German children in the late 1940s as the Candy Bomber, mostly recovered from the coronavirus, his daughter told German media on Thursday.

Halvorsen, who lives in the US state of Utah and recently turned 100 years of age, has a cough but is otherwise doing "very well," Denise Williams said.

The former pilot became famous after the end of World War II, when US, British and Allied pilots made hundreds of thousands of deliveries of groceries and supply by air.

The deliveries included candy, which was released from the plane via a chute from which the packages of sweeets and chocolate would float down to the ground below on small white parachutes.

The kids ran for the parcels with glee. Halvorsen had come up with the idea to drop sweets for the children and he soon became the face of the Berlin Airlift.

Hungarian gymnast and Holocaust survivor, Agnes Keleti, was still showing off ahead of turning 100 over the weekend.

The five-time Olympic champion — and Hungary's most successful gymnast — is also one of the most decorated Jewish athletes in history.

Moving in a sprightly manner around her apartment where both her life mementoes and Olympic medals are on display, she joked about not being allowed to perform the full-leg splits anymore.

"I'm told by my caretaker that it's not good for me at this age," she laughed, while leafing through a new book "The Queen of Gymnastics, 100 years of Agnes Keleti."

After the 1944 Nazi German occupation of Hungary, Keleti escaped deportation to a death camp by getting false documents and assuming the identity of a maid girl, Piroska Juhasz.

A bundle of old love letters written by a British soldier during World War I is being sent to the family of Mary Fortune, the original recipient, more than 100 years after she first received them.

The letters were discovered in a second-hand store in the UK city of Sunderland, which then launched a campaign to find Fortune's family.

David Bambrough, the great-grandson of Mary Fortune's brother, was impressed with the lengths people went to in order to track him down.

"It was really amazing that people took the time to ... find me," he told British media.

Mary's husband, George Fortune had written the letters to her while serving as a soldier during World War I. He was later killed in action.