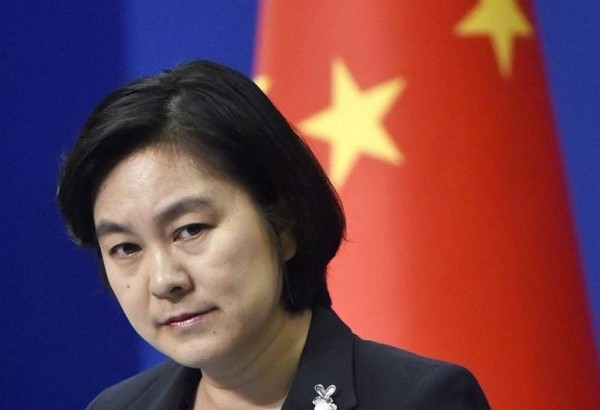 TAIPEI (Taiwan News) — Beijing said the U.S. will pay a "heavy price" for sending its UN ambassador to Taiwan and "interfering" in Hong Kong politics.

In a statement on the mass arrest of democracy advocates in Hong Kong Wednesday (Jan. 6), U.S. Secretary of State Mike Pompeo said Washington would not "stand idly by" as Hongkongers suffer under Chinese oppression. He said the U.S. is considering sanctions for individuals and entities involved in the "assault on Hong Kong people.”

Pompeo also announced that U.S. Ambassador to the UN Kelly Craft will make a trip to Taiwan soon, though he did not give an exact date. He described Taiwan as a "reliable partner and vibrant democracy that has flourished" despite Chinese pressure.

The U.S. Mission to the UN later confirmed Craft's visit and said it will take place from Jan. 13 to 15. It noted that Craft will meet with Taiwanese officials during her stay and reinforce Washington's support of the East Asian nation's international space.

In response, Chinese Foreign Ministry Spokeswoman Hua Chunying (華春瑩) described Washington's "recent interference" in Taiwan and Hong Kong as the "last mad act" of anti-China politicians in the Donald Trump administration. She said the U.S. has violated the "one China" principle as well as the three U.S.-China communiques.

Hua said that Beijing firmly opposes any official exchanges between Taiwan and the U.S. She added the U.S. should stop immediately its interference in China's "internal affairs" and warned the U.S. would pay heavily for doing so, reported Liberty Times.