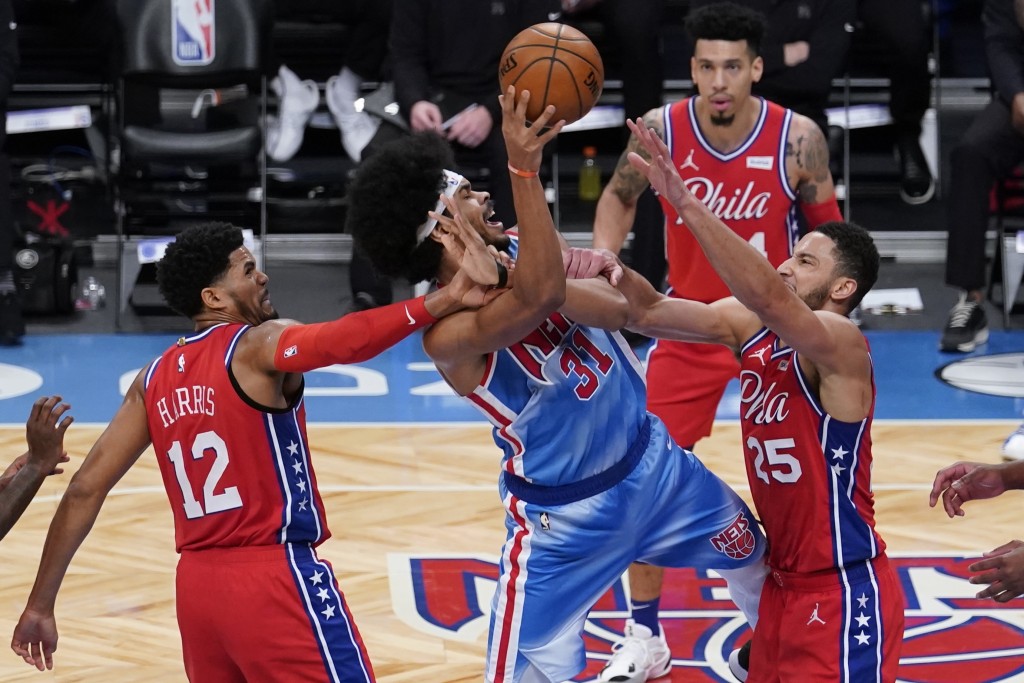 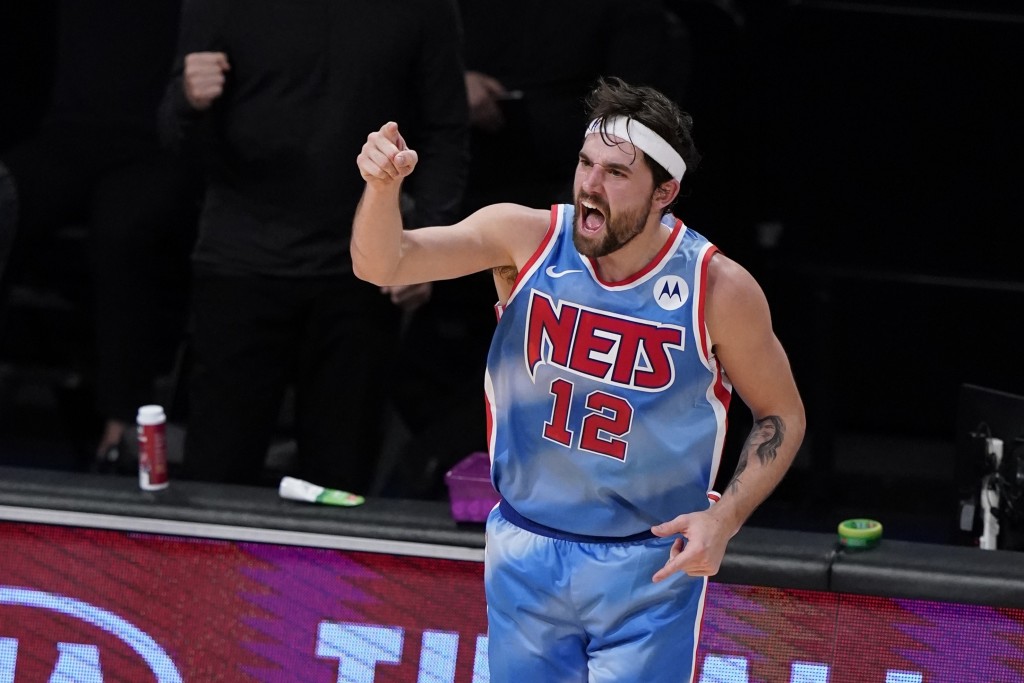 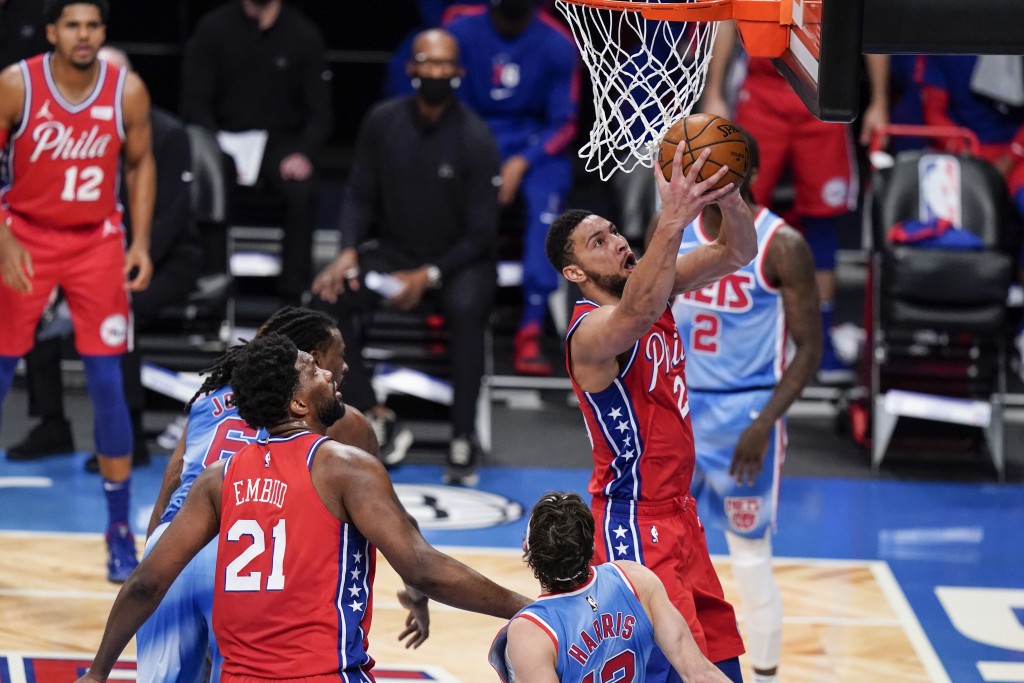 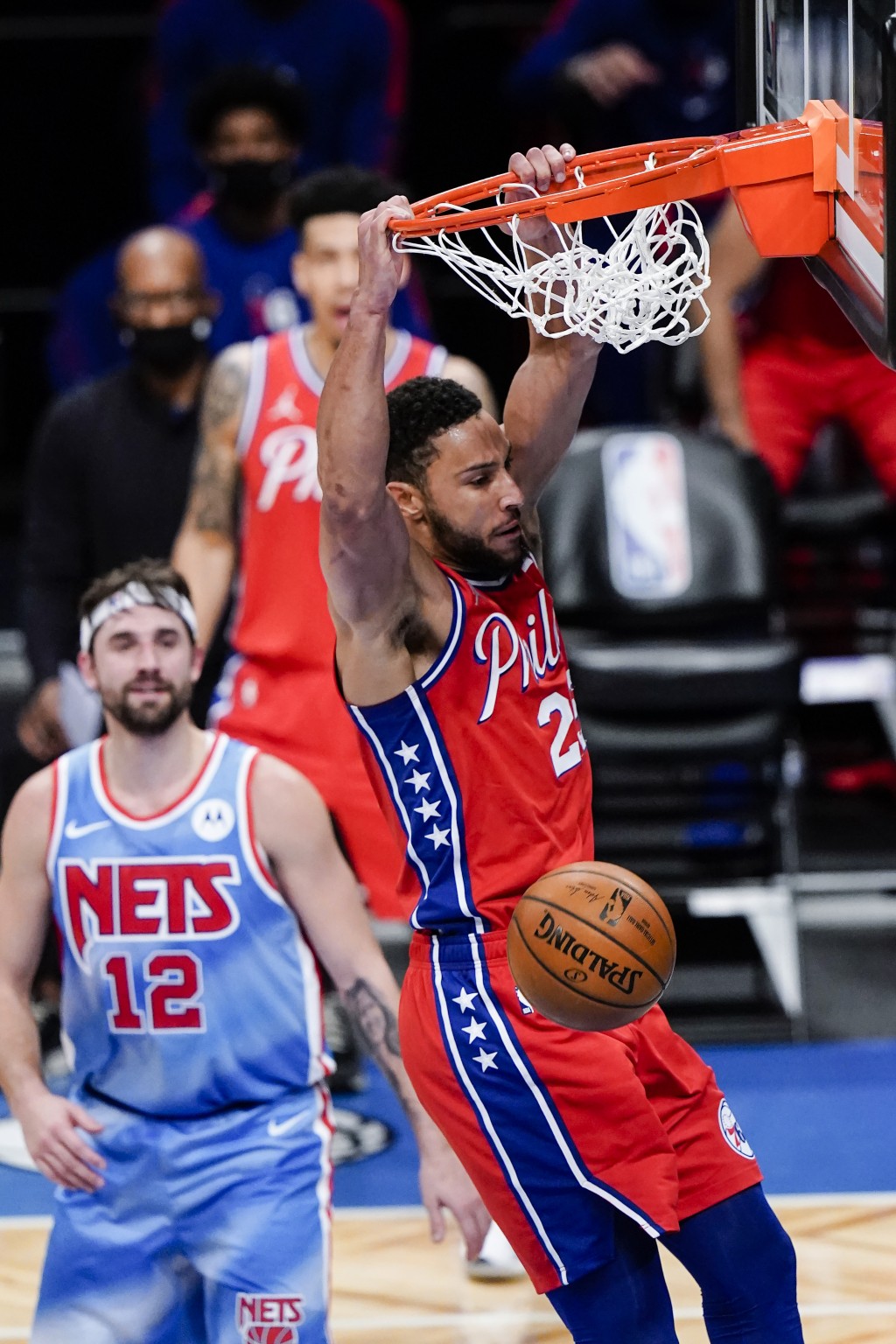 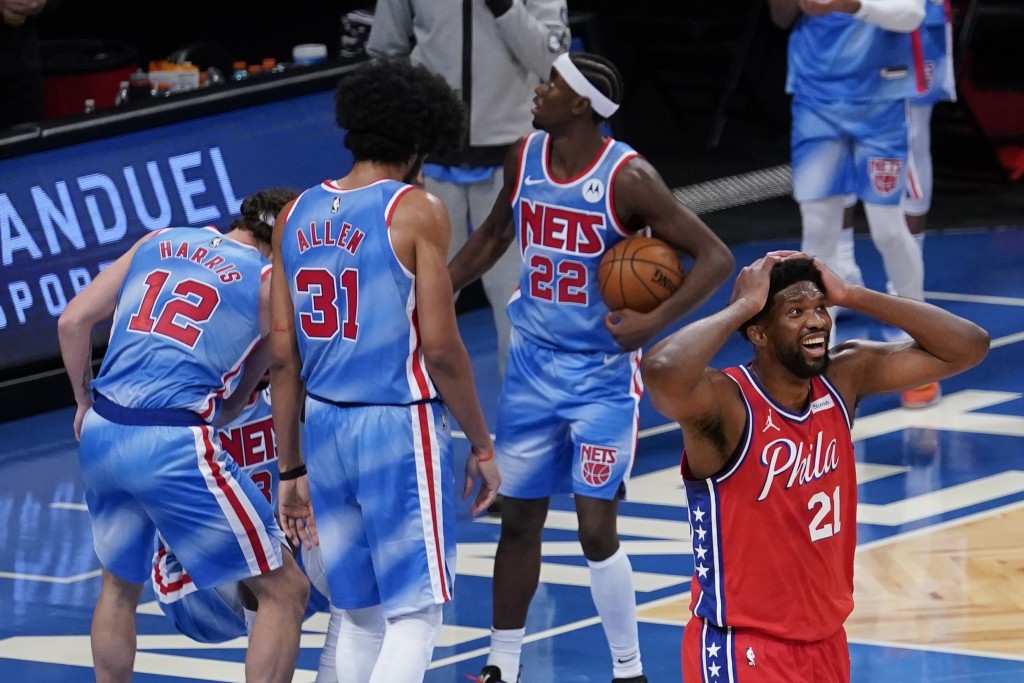 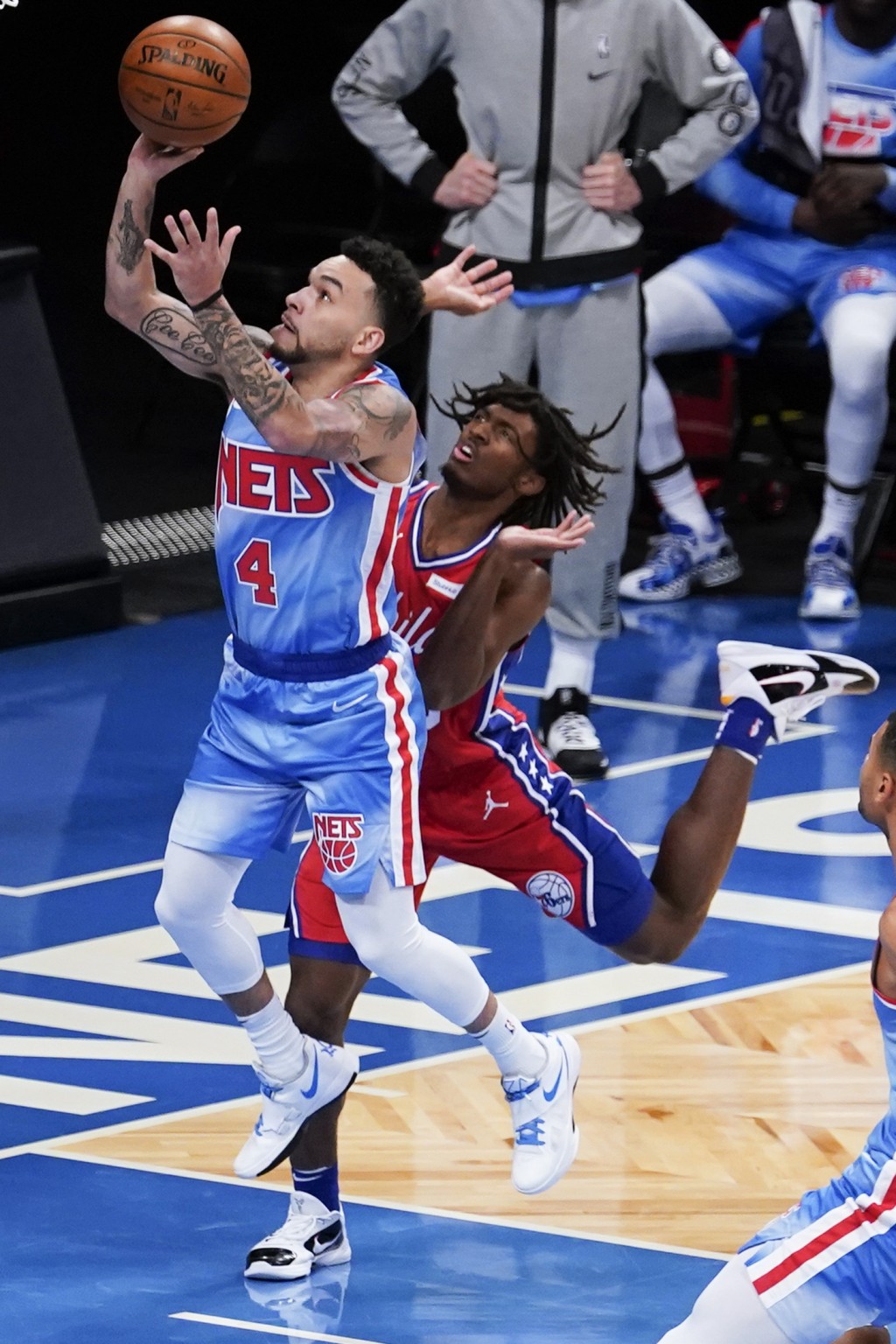 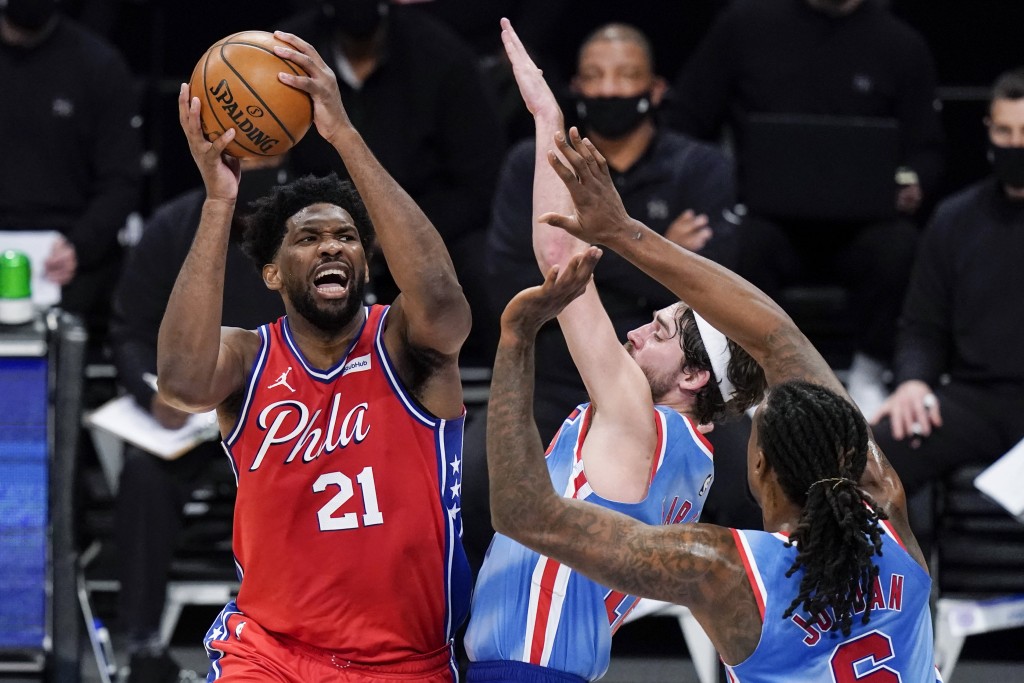 Without their two superstars in uniform — blue uniforms, a throwback to 30 years ago in New Jersey — the Nets jumped out quickly and had a double-digit lead for much of the second half while winning their second straight, both without Durant.

Caris LeVert had 22 points, 10 assists and seven rebounds, and Jarrett Allen added 15 points and 11 boards for the Nets.

Irving was ruled out Thursday afternoon for personal reasons, though coach Steve Nash said before the game he hadn't spoken to his point guard and didn't know the reason for his absence, calling it a personal matter.

The Nets already knew they’d be without Durant for a second consecutive game because of the NBA’s health and safety protocols. Nash said Durant would be able to return Sunday if he continues to test negative for the coronavirus until then.

The 76ers came in at 7-1 and off their best performance of the season, when they shot an NBA season-high 61.7% in a 141-136 victory over Washington on Wednesday.

But they couldn't come close to duplicating that, with Joel Embiid starting slowly before finishing with 20 points and 12 rebounds. Shake Milton had a season-high 24 points in his first start of the season in place of Seth Curry, who had a sore left ankle, but Ben Simmons was limited to 11 points, four rebounds and two assists.

Irving, who grew up in New Jersey, missed the chance to wear the Nets' uniforms they wore while playing there. Their blue uniforms were a throwback to the tie-dye ones they wore during the 1990-91 season. The franchise switched to black and white after moving to Brooklyn in 2012.

The Sixers quickly fell into a 20-8 hole, but recovered to move into the lead early in the second quarter. The Nets broke away again late in the period, going up by 16 before taking a 65-51 lead to the locker room, and were never seriously threatened afterward.

76ers: Dwight Howard had an eventful night, totaling nine points, 12 rebounds and six fouls in just 16 minutes. ... Coach Doc Rivers said he believed Curry was hurt late in Wednesday's victory, when the guard scored a season-high 28 points. Rivers didn't believe the injury was severe but said it was best to rest Curry.

Nets; Brooklyn was also without G Tyler Johnson because of the health and safety protocols. Nash said he believed it was due to contact tracing. ... Jeff Green scored 14 points.

Nets: Visit the Memphis Grizzlies on Friday to complete their second back-to-back set of the season.