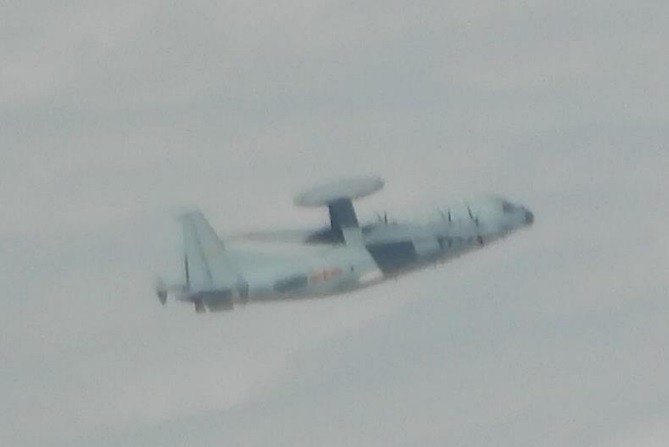 The KJ-500 is a third-generation AEW&C aircraft that is based on the Shaanxi Y-9 airframe and powered by four turboprop engines. The plane has a cruising speed of 550 kph, with a range of approximately 5,700 km. The aircraft has a fixed dorsal rotodome containing three active electronically scanned array (AESA) radars arranged in a triangular configuration to give it full 360 degree coverage.

According to a 2020 report on China released by the Institute for National Defense and Security Research (INDSR), between Jan. 1 to Nov. 30 last year, Chinese military planes breached Taiwan’s ADIZ on 91 days. For the whole of 2020, the PLAAF flew around 380 sorties into Taiwan’s identification zone, according to MND spokesman Shih Shun-wen (史順文).