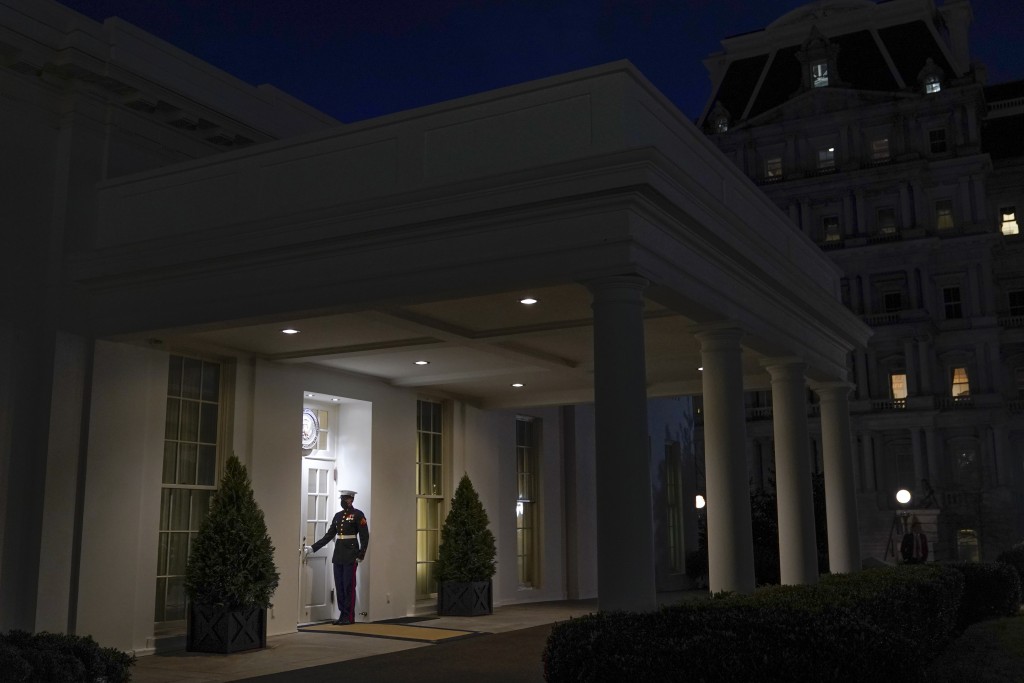 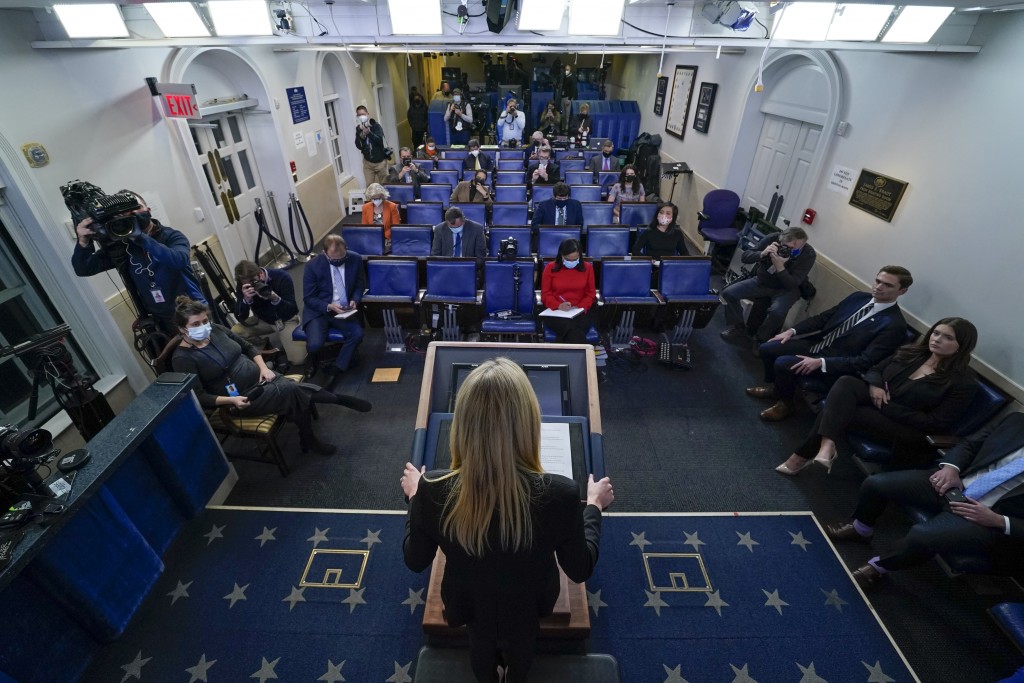 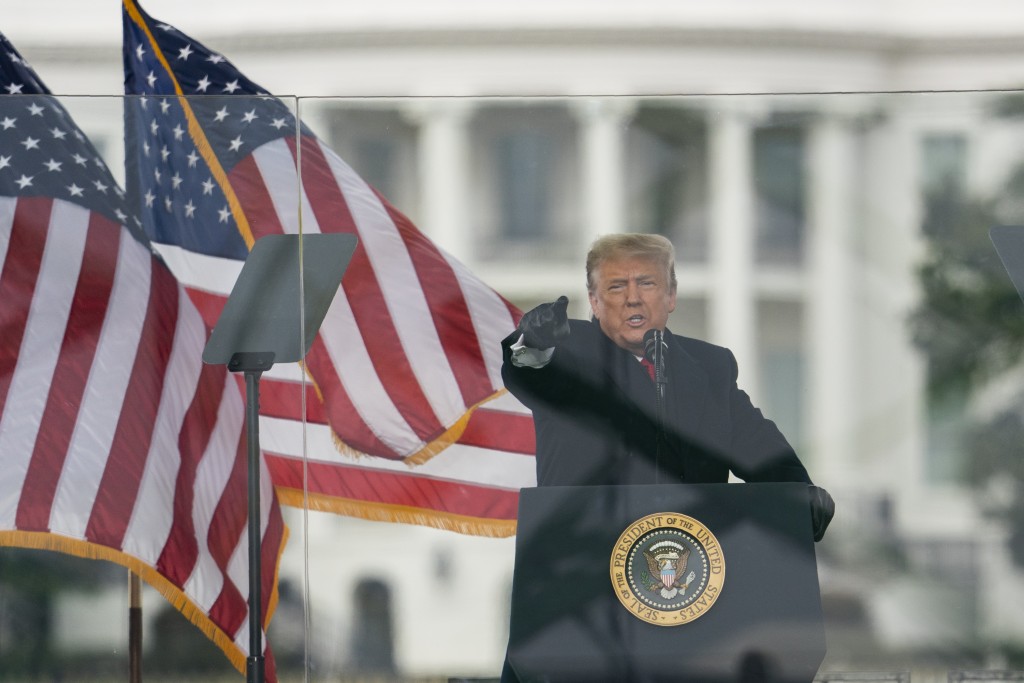 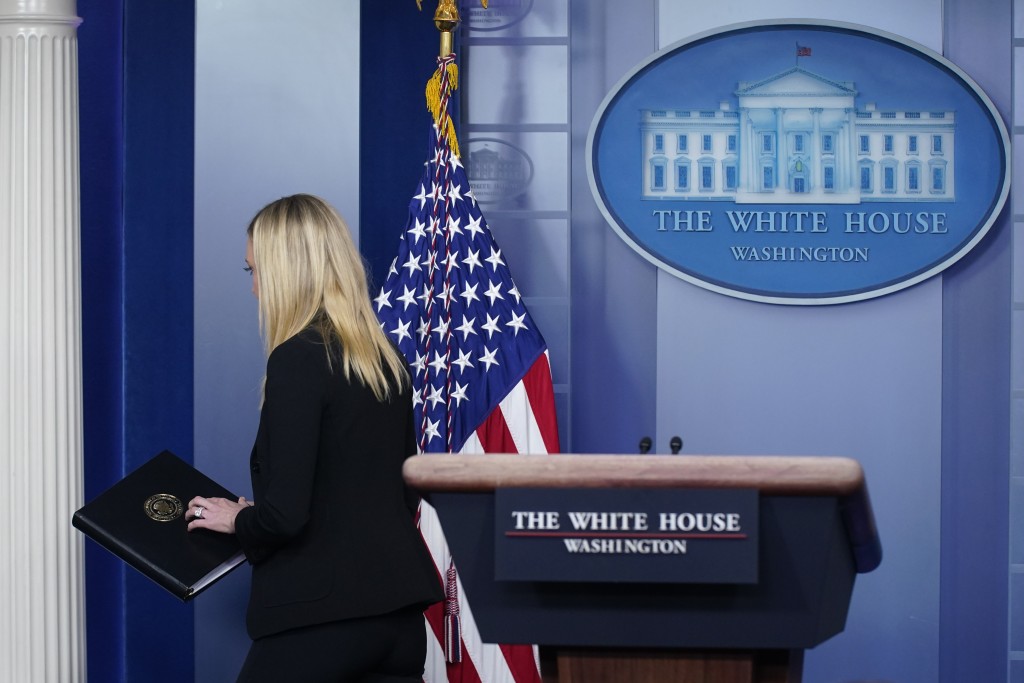 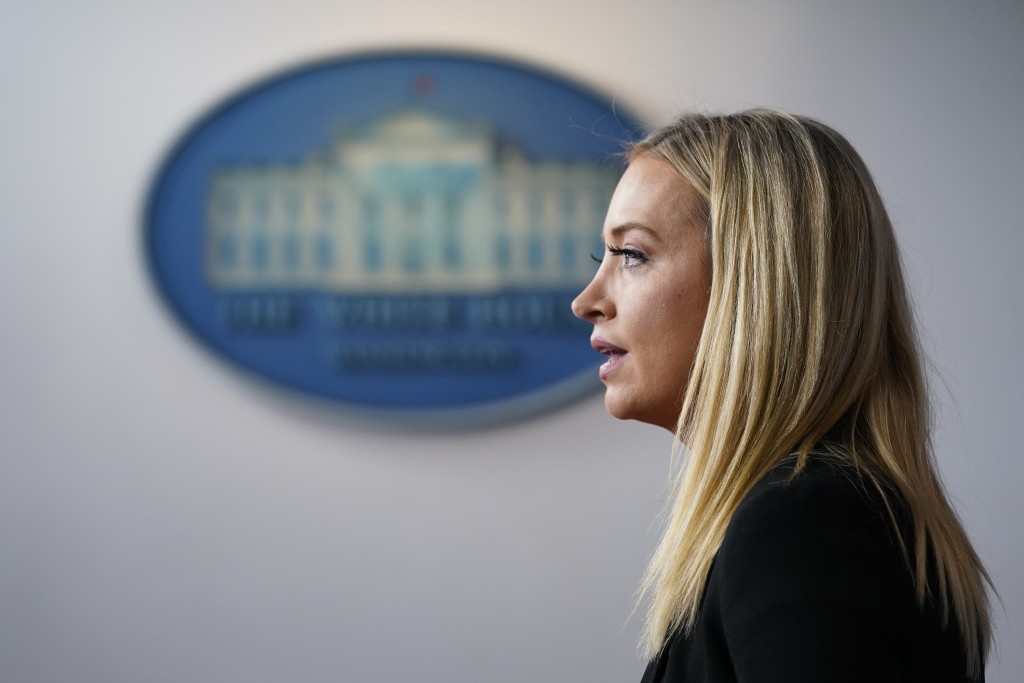 WASHINGTON (AP) — With 13 days left in President Donald Trump’s term, a nation shaken by the violence carried out in his name was left wondering what he might do next, and there was open talk in Washington of trying to force him from office early.

Out of sight in the White House — and silenced on some of his favorite internet lines of communication — the cornered president watched the resignations of several top aides, including a Cabinet secretary. As officials sifted through the aftermath of the pro-Trump mob’s siege of the U.S. Capitol, there was growing discussion Thursday of impeaching him a second time or invoking the 25th Amendment to oust him from the Oval Office.

The invasion of the Capitol building, a powerful symbol of the nation’s democracy, rattled Republicans and Democrats alike. They struggled with how best to contain the impulses of a president deemed too dangerous to control his own social media accounts but who remains commander in chief of the world’s greatest military.

“I’m not worried about the next election, I’m worried about getting through the next 14 days,” said Republican Sen. Lindsey Graham of South Carolina, one of Trump’s staunchest allies. He condemned the president’s role in Wednesday’s riots and said, “If something else happens, all options would be on the table.”

Democratic House Speaker Nancy Pelosi declared that “the president of the United States incited an armed insurrection against America.” She called him “a very dangerous person who should not continue in office. This is urgent, an emergency of the highest magnitude.”

Neither option to remove Trump seemed likely, with little time left in his term to draft the Cabinet members needed to invoke the amendment or to organize the hearings and trial mandated for an impeachment. But the fact that the dramatic options were even the subject of discussion in Washington's corridors of power served as a warning to Trump.

Fears of what a desperate president could do in his final days spread in the nation's capital and beyond, including speculation Trump could incite more violence, make rash appointments, issue ill-conceived pardons — including for himself and his family — or even trigger a destabilizing international incident.

Trump had unleashed the destructive forces at the Capitol with his baseless claims of election fraud at a rally Wednesday that prompted supporters to disrupt the congressional certification of President-elect Joe Biden’s victory. After the storming of the Capitol and the eventual wee-hours certification of Biden's win by members of Congress, Trump released a statement that acknowledged he would abide by a peaceful transfer of power on Jan. 20.

“Even though I totally disagree with the outcome of the election, and the facts bear me out, nevertheless there will be an orderly transition on January 20th,” Trump said.

The statement was posted by an aide and did not originate from the president’s own Twitter account, which has 88 million followers and for four years has been wielded as a political weapon that dictates policy and sows division and conspiracy.

Trump couldn’t tweet it himself because, for the first time, the social media platform suspended his account, stating that the president had violated its rules of service by inciting violence. Facebook adopted a broader ban, saying Trump’s account would be offline until after Biden’s inauguration.

Deprived of that social media lifeblood, Trump remained silent and ensconced in the executive mansion. But around him, loyalists headed for the exits, their departures — which were coming in two weeks anyway — moved up to protest the president’s handling of the riot.

Transportation Secretary Elaine Chao became the first Cabinet member to resign. Chao, married to Senate Majority Leader Mitch McConnell, one of the lawmakers trapped at the Capitol on Wednesday, said in a message to staff that the attack “has deeply troubled me in a way that I simply cannot set aside.”

Mick Mulvaney, Trump’s former chief of staff-turned-special envoy to Northern Ireland, told CNBC that he had called Secretary of State Mike Pompeo “to let him know I was resigning. ... I can’t do it. I can’t stay.”

And Mulvaney said that others who work for Trump had decided to remain in their posts in an effort to provide some sort of guardrails for the president during his final days in office.

“Those who choose to stay, and I have talked with some of them, are choosing to stay because they’re worried the president might put someone worse in,” Mulvaney said.

Mulvaney’s predecessor in the chief of staff job, retired U.S. Marine Corps general John Kelly, told CNN that “I think the Cabinet should meet and have a discussion” about Section 4 of the 25th Amendment — allowing the forceful removal of Trump by his own Cabinet.

Senate Minority Leader Chuck Schumer joined Pelosi in declaring that Trump “should not hold office one day longer” and urged Vice President Mike Pence and the Cabinet to act. But Chao’s departure may stall nascent efforts to invoke the amendment.

Staff-level discussions on the matter took place across multiple departments and even in parts of the White House, according to two people briefed on the talks. But no member of the Cabinet has publicly expressed support for the move — which would make Pence the acting president — though several were believed to be sympathetic to the notion, believing Trump is too volatile in his waning days in office.

In the West Wing, shell-shocked aides were packing up, acting on a delayed directive to begin offboarding their posts ahead of the Biden team’s arrival. The slowdown before now was due to Trump’s single-minded focus on his defeat since Election Day at the expense of the other responsibilities of his office.

Most glaringly, that included the fight against the raging coronavirus that is killing record numbers of Americans each day.

Few aides had any sense of the president’s plans, with some wondering if Trump would largely remain out of sight until he left the White House. He had yet to condemn the violence, a job that instead fell to White House press secretary Kayleigh McEnany, who read a brief statement Thursday in which she declared that the Capitol siege was “appalling, reprehensible and antithetical to the American way.”

But her words carried little weight. Trump has long made clear that only he speaks for his presidency.