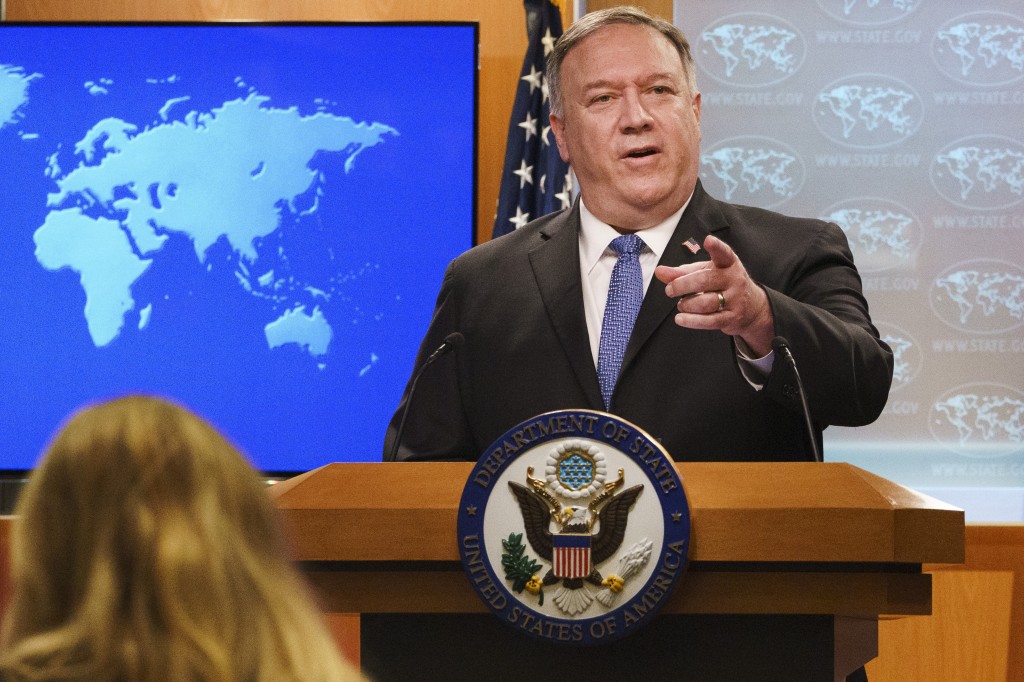 In a press statement on the mass arrest of democracy advocates in Hong Kong, Pompeo stated that the U.S. would not "stand idly by" as Hongkongers live under Chinese oppression. He also said Washington would consider sanctions and restrictions on anyone or any entity involved in this "assault on the Hong Kong people."

Pompeo remarked that the U.S. stands by the Hong Kong people and "all who yearn for freedom."

"I am pleased to announce the upcoming visit of U.S. Ambassador to the United Nations Kelly Craft to Taiwan, a reliable partner and vibrant democracy that has flourished despite CCP efforts to undermine its great success."

Though he did not mention any further details, the trip would have to occur very soon, given that the Trump administration only has two weeks until President-elect Joseph Biden is sworn into office.