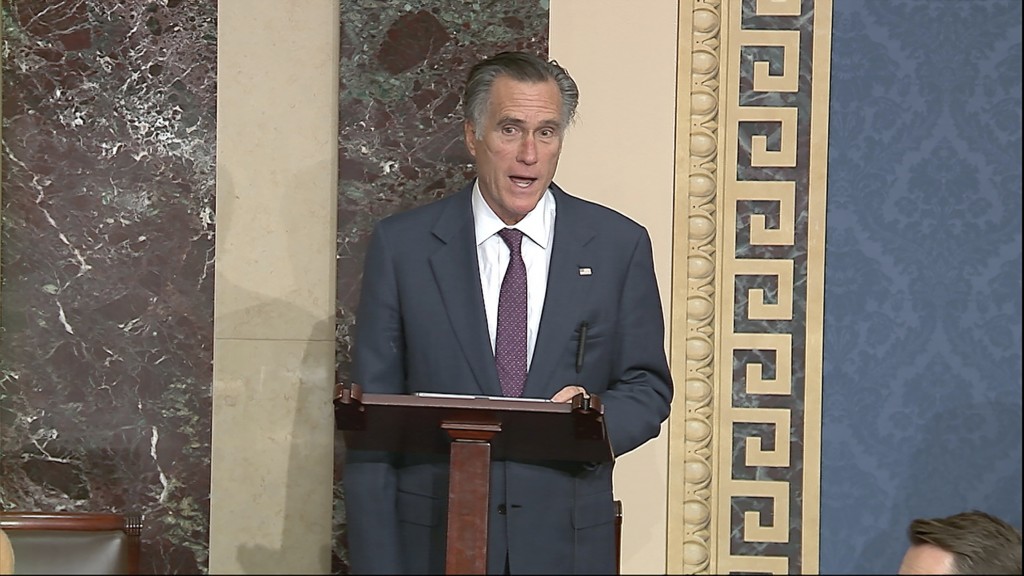 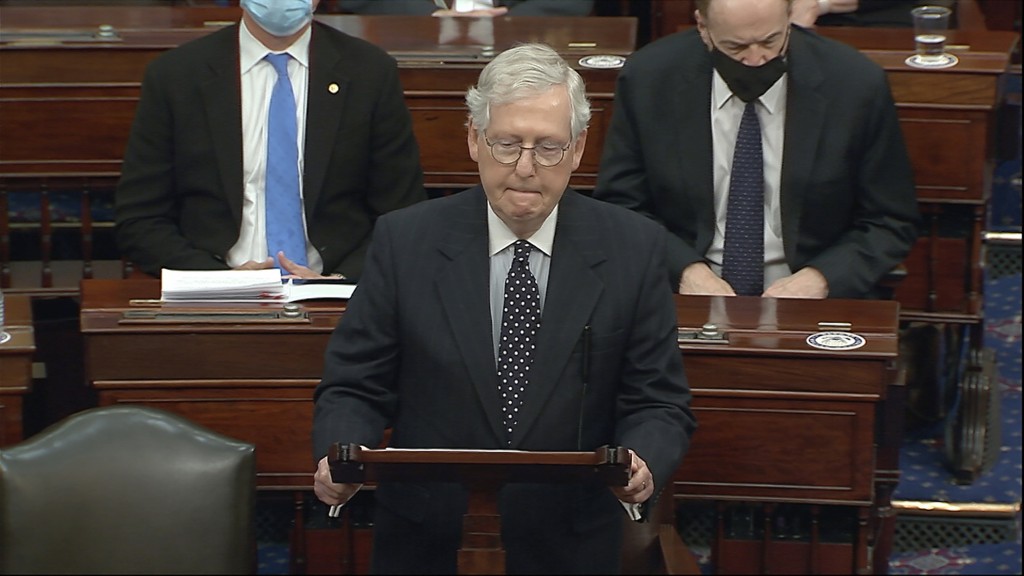 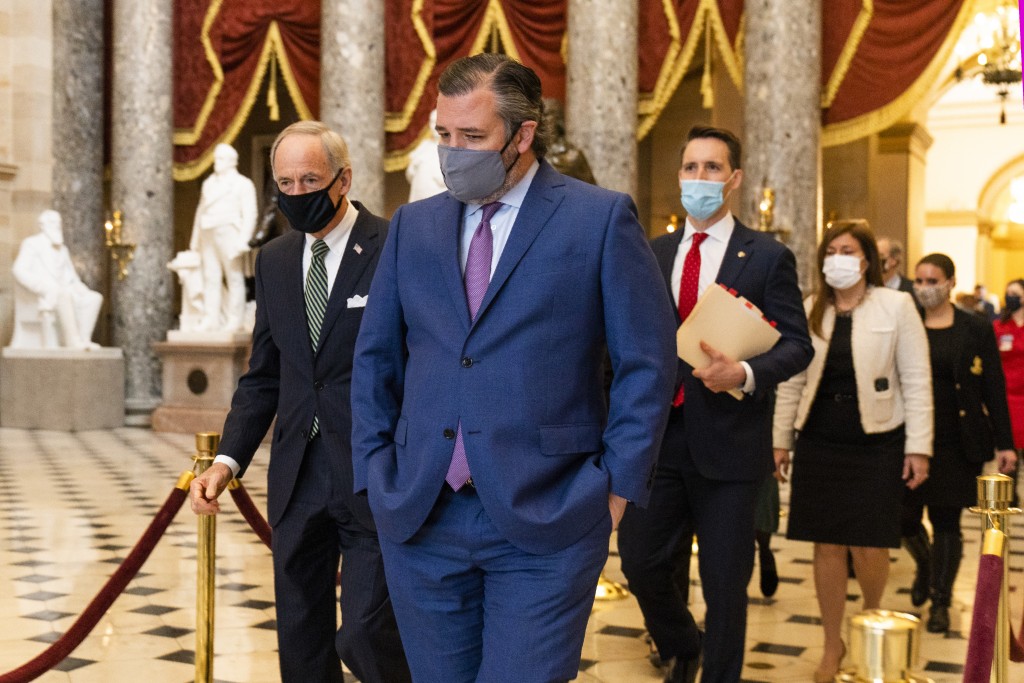 WASHINGTON (AP) — A sober, shaken Senate returned to its hallowed chamber Wednesday night to slap away a frivolous election challenge, but its secondary purpose seemed to be to rise from the wreckage of a shocking day in which they were forced to flee the Capitol by a mob of supporters of President Donald Trump.

The riot in the Capitol prompted more than half of those who had signed on to the protest to instead vote “no.” Catering to Trump's supporters seemed less important than defending democracy.

Tennessee's GOP senators abandoned the effort, as did Kelly Loeffler, R-Ga., who lost her runoff election Tuesday, helping to deliver control of the Senate to Democrats. Wisconsin's GOP Sen. Ron Johnson dropped out, as did James Lankford, R-Okla., a promising younger Republican who raised eyebrows when initially supporting the effort.

The 93-6 tally upholding President-elect Joe Biden's win in Arizona was preceded by an unusually serious debate in which party labels were shed and constitutional prerogatives embraced.

“We will not be kept out of this chamber by thugs, mobs, or threats. We will not bow to lawlessness or intimidation," said Majority Leader Mitch McConnell, R-Ky. “We are back at our posts. We will discharge our duty under the Constitution for our nation. And we are going to do it tonight."

As senators debated, Trump took it on the chin from longtime critics like Mitt Romney, R-Utah. But many Republicans who spent years tiptoeing around Trump's often-scandalous behavior seemed to finally have had enough.

“We witnessed today the damage that can result when men in power and responsibility refuse to acknowledge the truth,” said Sen. Pat Toomey, R-Pa. “We saw bloodshed because the demagogue chose to spread falsehoods and sow distrust of his own fellow Americans."

The debate was forced by Sens. Josh Hawley, R-Mo., and Ted Cruz, R-Texas, who argued that it was the only way to speak up for millions of Americans who believe Trump's false claims that the election was stolen from him. But their reputations as presidential wannabes hung over the debate.

More than 90 senators populated the chamber for the debate — guarded by dozens of heavily armed police — and the typically verbose crowd had to keep their remarks to just five minutes.

“Trump and I, we had a hell of a journey. I hate it being this way,” Graham said. “From my point of view, he’s been a consequential president. But today ... all I can say is count me out. Enough is enough.”

Romney, the party's 2012 nominee, reminded his colleagues that he knows how unpleasant it is to lose a presidential election, drawing hearty laughter. But he earned an enthusiastic, spontaneous round of applause with a simple observation: “The best way we could show respect for the voters who are upset is by telling them the truth."