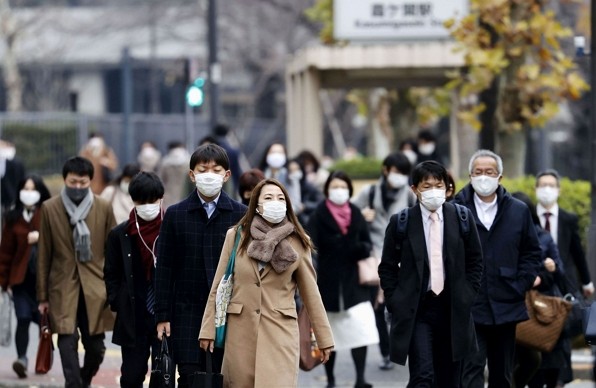 Japan will declare a state of emergency for Tokyo and three neighboring prefectures on Thursday (Jan. 7) as record numbers of new cases of COVID-19 strain the country’s healthcare system. The measures take effect on Friday and are set to last at least until Feb. 7.

It is the second time for Japan to declare a state of emergency to deal with the pandemic. The last one, instated by former Prime Minister Shinzo Abe last spring, covered the whole country and lasted more than a month.

As hospital beds filled up, Tokyo raised its COVID-19 alert to its highest level on Dec. 17 and asked the capital’s restaurants and other businesses to close by 10 p.m.

But cases continued to climb. On Wednesday, Tokyo hit a record of 1,591 new infections, while new cases in Japan surpassed 6,000 for the first time, according to public broadcaster NHK. About half were from the four prefectures designated for the state of emergency.

WHAT HAPPENED IN THE PREVIOUS STATE OF EMERGENCY?

Japan declared an emergency in April 2020 that stretched to May 25. Sports and other mass gatherings were canceled and citizens were asked to restrict their movements and interactions by at least 70%. Schools were largely closed.

The measures appeared to stem the crisis, but the second wave of infections hit in the summer, and the third wave this winter has been the widest and deadliest yet.

Restrictions this time around the center on preventing transmission at the 150,000-160,000 restaurants and bars in the region, which experts say are a key risk.

The government is proposing asking such businesses to close by 8 p.m. and residents to stay in as much as possible, especially after that time. It will also again urge a 70% rate of telecommuting, limiting attendance at big events to half of the capacity or a maximum of 5,000 people, but will not propose a blanket closure of schools.

WHO GETS WHAT POWERS?

Governors in hard-hit regions can tell people to stay home, close schools and public facilities, and ask businesses to close and cancel events.

They can request facilities or businesses used by large numbers of people to limit usage or close. If they refuse without an acceptable reason, the facilities can be instructed to do so and the instruction will be made public.

Authorities can also expropriate land and buildings for medical facilities.

HOW HAS ENFORCEMENT WORKED?

The state of emergency gives local governors stronger legal authority to urge people to stay home and businesses to close but not the authority to impose fines or jail time.

The lack of such penalties has not hindered enforcement in Japan, where peer pressure and traditional respect for authority have largely proved effective.

Suga’s government has in any case been cautious about imposing restrictions given their impact on the economy, although it is looking to submit a bill soon to give state-of-emergency declarations more teeth.