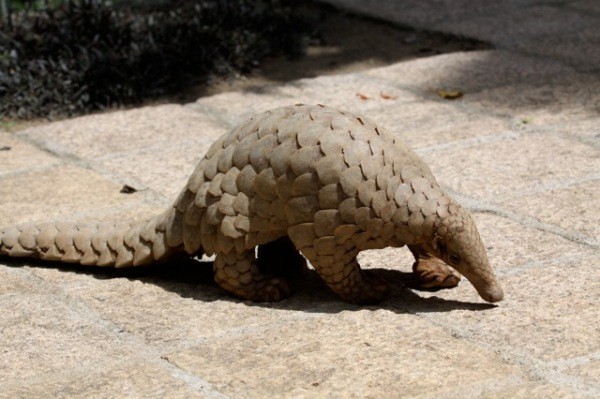 TAIPEI (Taiwan News) — A gang of pangolin smugglers has been sentenced to 15 months to 14 years in prison by a court in the Chinese city of Wenzhou, concluding a massive case of trafficking in the scaly anteaters.

The Wenzhou Intermediate People’s Court on Tuesday (Jan. 5) handed down sentences to 17 defendants involved in the smuggling of over 114 million yuan (US$17.6 million) worth of African tree pangolin scales into China from Nigeria, according to South China Morning Post. Weighing 23 tons, the scales are estimated to have come from 50,000 of the animals.

Two men said to be the ringleaders of the group, surnamed Yao (姚) and Wang (王), were sentenced to 14 and 13 years, respectively, and handed heavy fines. Fifteen others were convicted in connection with the bust, with some receiving sentences as light as 15 months.

The gang, which began operating in 2018, was nabbed the following year when their contraband was seized in Wenzhou. The scales were reportedly brought into China in packages of ginger slices, among other methods.

Pangolins, which are native to Africa and Asia, are the most heavily trafficked animal in the world. The creatures' keratin scales are used in Chinese medicine to treat blood clots, improve circulation, and ease other ailments, though there is no scientific evidence of their efficacy.

Trade in the critically endangered species is widely forbidden though it still flourishes, especially in China. In 2019, 97 tons of pangolin scales were seized, per SCMP.

In recent years, the Chinese authorities have moved to rein in the trade, elevating pangolins to the highest level of protection, along with pandas and tigers, and banning the so-called medicinal use of scales in June of last year.

While pangolins are not of proven medicinal use, there is evidence they can be vectors of disease. One theory is that pangolins played a role in transmitting the novel coronavirus, widely believed to have originated in bats, to humans.