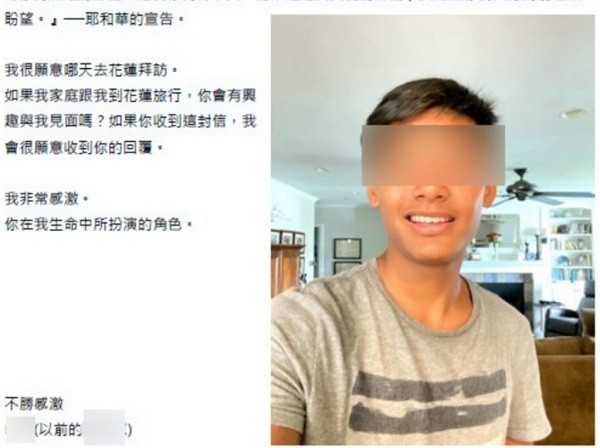 TAIPEI (Taiwan News) — A Taiwanese-American boy’s thank-you letter has found its way to the family of the man who found him abandoned and reported the incident to police 15 years ago.

The boy, Sam, now 15 years old, has grown into an athletic and well-adjusted child in an American family, according to a CNA report.

A Hualien County resident surnamed Yang (楊) heard a crying sound from his home in Rueisuei Township in September 2005. He went out to investigate and found an abandoned baby. He then reported his finding to the local Fuyuan Police Station,

Retired Officer Lin Mao-lung (林茂隆), who handled the case, recalled that the male infant — who had his umbilical cord still attached — was wrapped in a towel and placed in a cardboard box under a public telephone in front of a grocery store. What struck him most was a broken bracelet inside the box, which Lin believed was intentionally left by the baby’s mother as a token for a possible reunion, per CNA.

Lin said that the baby was lucky, as it was not too cold at that time and no wild dogs were around. Lin took the infant to the station and immediately contacted social welfare authorities to help place it.

After living with a foster family for five years, Sam was adopted by an American family in 2011.

Learning of his own backstory from the police report, Sam, who was deeply grateful to Yang for saving his life, wished to reach out to his savior. He wrote a thank-you letter to Yang, but as he did not have the updated address, it wound up at the Chung Yi Social Welfare Foundation, which forwarded it to the Fuyuan Police Station.

Fuyuan Police Chief Chang Hung-chen (張宏振) asked his colleagues to scout around for Yang during their patrol missions, wishing to give him the letter.

After searching for four days, one of the officers was able to locate where Yang lived. However, he had died seven years ago.

When the letter was placed into the hands of Yang’s widow, 84, she said that she was happy to receive it. Carefully reading every word and looking at Sam’s photo, she was happy to learn he had grown into a healthy adolescent. 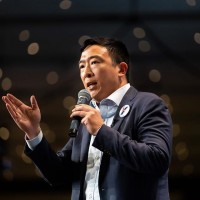 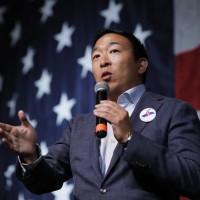 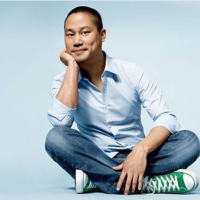