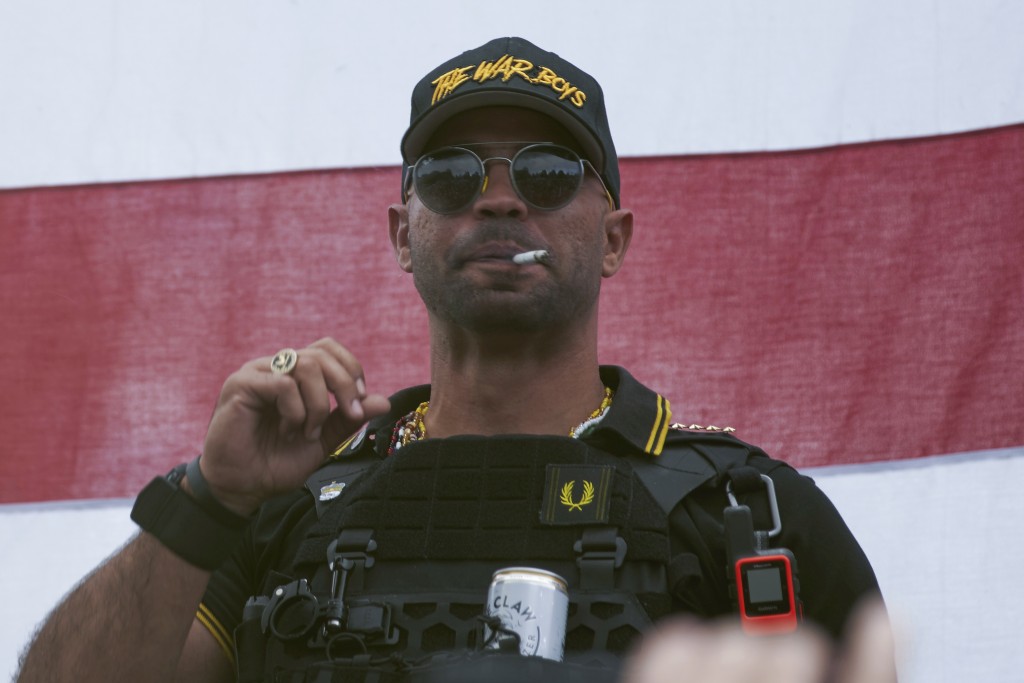 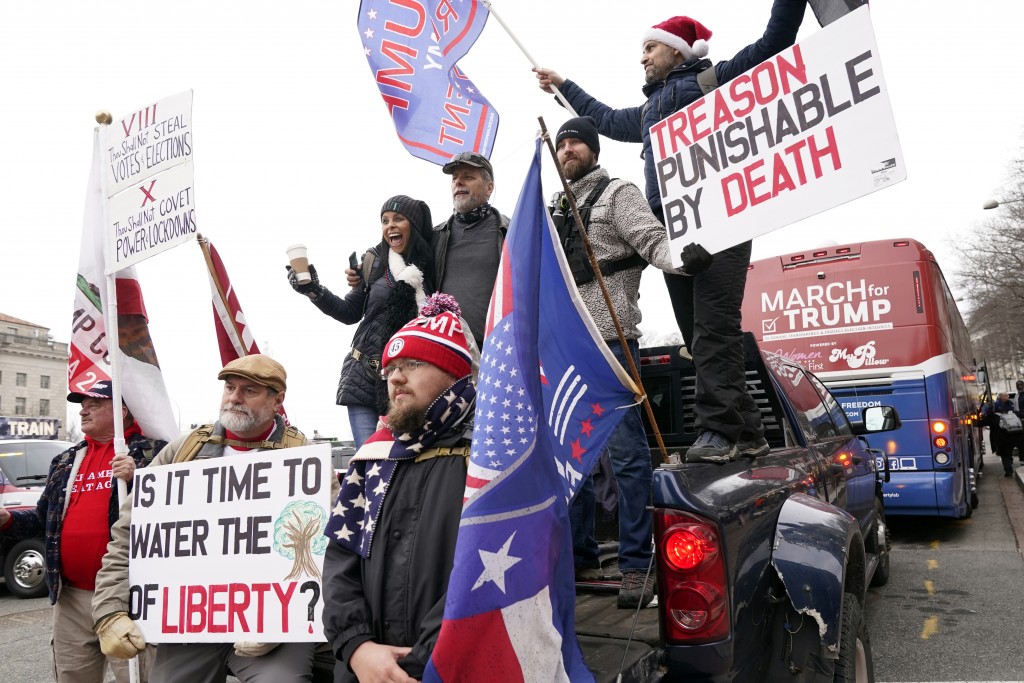 WASHINGTON (AP) — A judge has banned the leader of the Proud Boys from the nation’s capital after he was accused of vandalizing a Black Lives Matter banner at a historic Black church and found with high-capacity firearm magazines when he was arrested.

The order bans Henry “Enrique” Tarrio, 36, from entering the District of Columbia, with very limited exceptions to meet with his attorney or appear in court. It comes a day after he was arrested arriving in Washington ahead of protests planned by supporters of President Donald Trump to coincide with the congressional vote expected Wednesday to affirm Joe Biden’s election victory.

Tarrio was arrested Monday by the Metropolitan Police Department and accused of burning a Black Lives Matter banner that was torn down from a historic Black church in downtown Washington last month. He was charged with destruction of property and is also facing a weapons charges after officers found him with the firearm magazines when he was arrested.

According to the criminal complaint, when police pulled Tarrio over on the warrant for vandalizing the Black Lives Matter sign, officers found two unloaded magazines emblazoned with the Proud Boys logo in his bag that have a capacity of 30 rounds each for AR-15 or M4-style weapons.

Tarrio said, according to a police report, that he sells the clips and the ones he was carrying were purchased by a customer. “I had a customer that bought those two mags, and they got returned ’cause it was a wrong address,” Tarrio said, according to court papers. “And I contacted him, and he’s like, ‘I’m going to be in DC,’ so I’m like, ‘Okay, I’ll take ‘em to you.’ So that I can show you proof ....I can give you, like my invoices and stuff like that from it, and, like, the USPS shipping label.”

He was arrested in a tunnel near the Capitol, ahead of what is expected to be large far-right protests gathering in D.C. according to Tarrio’s online postings: “The ProudBoys will turn out in record numbers on Jan 6th but this time with a twist,” saying they’d spread out incognito.

Tarrio's attorney did not immediately respond to an email seeking comment.