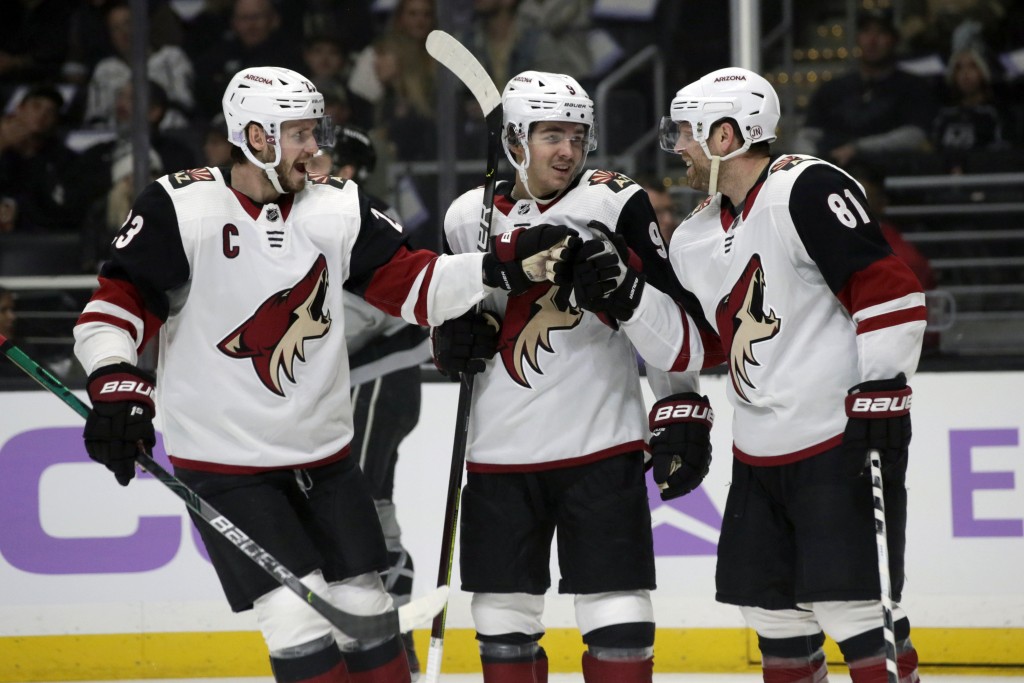 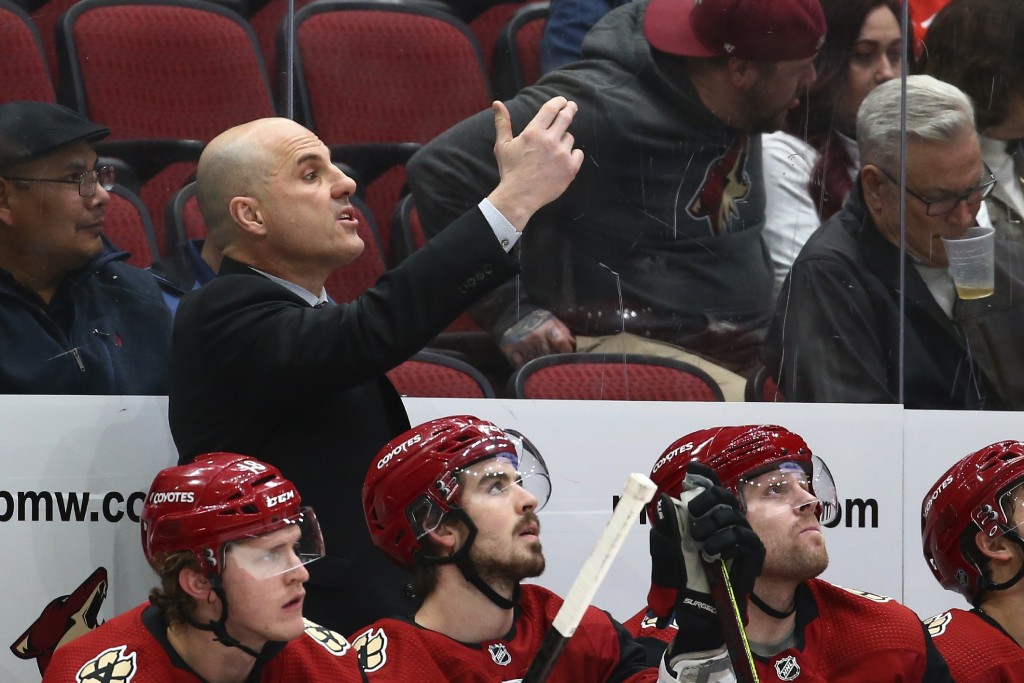 GLENDALE, Ariz. (AP) — The Arizona Coyotes had a breakthrough in a pandemic-altered season, earning their first postseason appearance and series win in eight years.

They hope to build on their bubble success after adding a bit of grit for the upcoming season.

Bolstered by a taste of playoff success, the Coyotes are aiming to go even deeper in 2021 with roster additions who are expected to add a level of toughness and tenacity.

“Our team works hard and we're trying to cross that line into compete,” Coyotes coach Rick Tocchet said. “I don't think they're the same. We're looking for a little more compete. It's a byproduct of working hard, but we've got to have a level of compete and I think it's there in that dressing room.”

The Coyotes caught a break last season when the playoffs were expanded to 12 teams. They made the most of their first postseason appearance since the 2012 Western Conference finals, beating the Nashville Predators in four games before being bounced from the bubble by consecutive 7-1 losses to Colorado.

The Coyotes didn't have any big-splash additions like they did by trading for Phil Kessel last season, but added a level of grittiness with six new forwards, including Derick Brassard last week.

“We lost some good guys in the room, guys that will be missed, but we did a good job of bringing in guys who are tenacious on the puck, a lot of sandpaper and who play well in their own end,” Demers said. “Everything we did in the offense will improve our team and now it's just about making those guys feel welcome and getting them up to speed on how we play here.”

The Coyotes made the biggest offsesason acquisition in 2019 by trading for Kessel. Crafty and often high-scoring, Kessel was expected to give Arizona a big boost in the one area it needed the most help.

Kessel showed flashes of brilliance in his first season in the desert, but was hampered by injuries, finishing with 14 goals and 24 assists.

The Coyotes have one main goal for Kessel now that he's healthy again: shoot.

“Phil's a feel player. He's got to feel good about himself," Tocchet said. "He's a shooter and a lot of times last season, for whatever reason, he passed up a lot of shots. Maybe he didn't feel good physically or mentally. I think he's refreshed and when he comes off that half wall, he's got to shoot it. That's why we got him.”

Arizona has one of the best goaltending tandems in the NHL. The problem has been keeping them healthy.

Raanta battled injuries his first two seasons in the desert, allowing Kuemper a chance to show what he can do. Kuemper was limited to 29 games due to an injury last season, but the break during the pandemic allowed him to heal up for the playoffs.

Keeping those two healthy is a key for a team that relies heavily on defense.

The Coyotes added Kessel before last season and Hall at the trade deadline in an attempt to boost their scoring.

Arizona has been among the NHL's lowest-scoring teams for years and last season finished 23rd with 2.71 goals per game. Connor Garland was the only Coyotes player to score more than 18 goals with 22.

Tocchet is hoping the additions to the roster will lead to greasy goals from in front of the net.

The Coyotes open the season with consecutive games against the San Jose Sharks on Jan. 14 and 16. The Sharks have temporarily relocated to Arizona due to COVID-19 restrictions in California.

Arizona has a brutal stretch in early February with a six-game road trip through St. Louis, Minnesota and Colorado in a 10-day span.