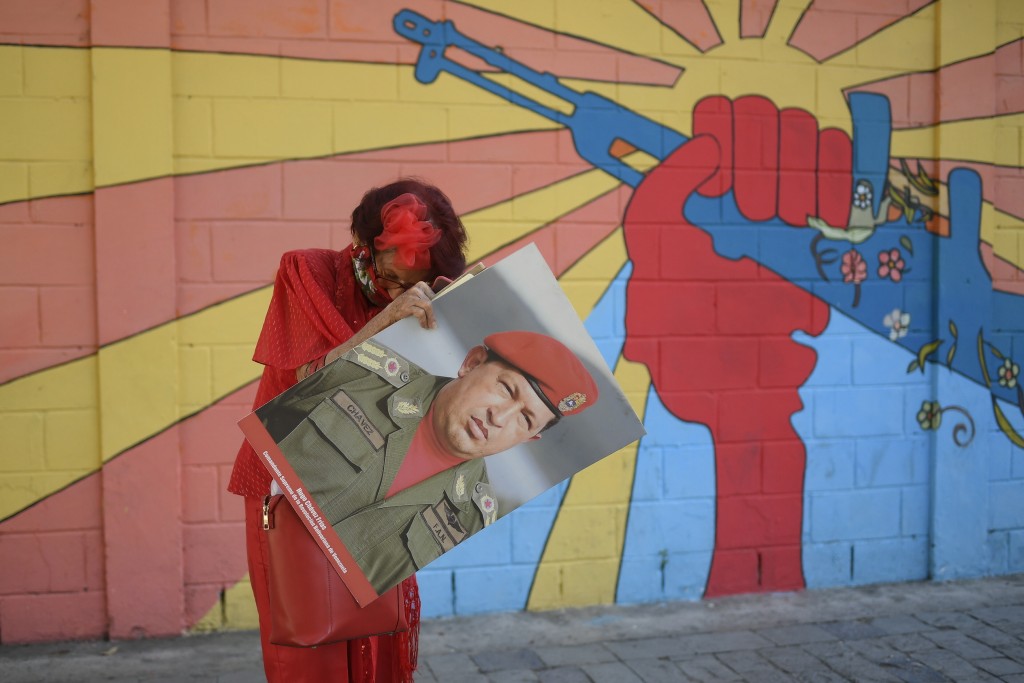 CARACAS, Venezuela (AP) — Nicolás Maduro was set to extend his grip on power Tuesday as the ruling socialist party prepared to assume the leadership of Venezuela’s congress, the last institution in the country it didn’t already control.

Maduro’s allies swept legislative elections last month boycotted by the opposition and denounced as a sham by the U.S., the European Union and several other foreign governments. While the vote was marred by anemically low turnout, it nonetheless seemed to relegate into irrelevancy the U.S.-backed opposition led by 37-year-old lawmaker Juan Guaidó.

Exactly a year ago, Guaidó, in a blue suit and tie, tried to scale a spiked iron fence to get past a group of riot police blocking him from attending the parliament’s inaugural session, which according to the constitution must be held every year on Jan. 5.

A far cry from that electric display of defiance, Guaidó was expected to meet via Zoom with a cohort of opposition leaders for their own virtual parliamentary session.

Last month, anti-Maduro lawmakers, several dozen of them from exile, also gathered online to extend their mandate stemming from a landslide victory in 2015 for another 12 months, operating through an adjunct committee normally reserved for legislative recesses.

Supreme Court justices loyal to Maduro immediately struck down the law as invalid. But that hasn’t stopped the Trump administration from doubling down in its support of Guaidó.

“The national parliament will not be detained until there are free elections in Venezuela,” Guaidó said on Twitter recently.

While Guaido’s bravery hasn’t wavered, the opposition’s political fortunes have tanked as Venezuelans own hopes for change have collapsed. Recent opinion polls show support for Guaidó having fallen by more than half since he first rose to challenge Maduro two years ago.

Meanwhile, Maduro has managed to retain a solid grip on power and the military, the traditional arbiter of political disputes.

Gaby Arellano, a lawmaker exiled in Colombia, said that many in the opposition underestimated Maduro, thinking he stood no chance in a doomsday economic environment marked by hyperinflation, miles-long lines for gasoline and pulverized wages measured adding up to a few pennies per month.

But he’s managed to outmaneuver his foes through a mix of repression and co-optation exacerbated by the opposition’s own missteps, Arellano said. She expects a new round of repression now that Maduro has seized congress. On Tuesday, Guaidó blasted on Twitter photos of what he said were security forces surrounding his apartment building in Caracas. The AP was unable to confirm the reports.

Reflecting that lack of unity, a few lawmakers still inside Venezuela -- including Guaidó’s former deputy as National Assembly vice president -- signaled they would no longer lay claim to their seats.

“We’re at the start of what looks like a very dark, new phase,” said Arellano.

With Maduro easily boxing out the opposition, his biggest threat may come from within his own coalition.

To reward loyal allies and paper over tensions between hardline ideologues and moderates within the Bolivarian revolution, the makeup of the legislature was expanded by 100 seats. He also leaned on high-profile candidates, including First Lady Cilia Flores, in an ultimately futile attempt to boost turnout, which in the end was 30% — less than half of what it was in the 2015 election, which gave control of congress to the opposition.

The new congress will be headed by Maduro's former chief of staff, Jorge Rodriguez, who in the past led internationally-sponsored talks with the opposition as well as met with envoys from the Trump administration. Socialist party boss Diosdado Cabello, who is widely seen as the second most-powerful man in Venezuela, will lead the socialist party bloc.

Maduro, in announcing the leadership structure on Monday, called on the new congress to seek out dialogue with the opposition as well as focus on urgent economic measures.

“Venezuela has its eyes placed on the new National Assembly,” said Maduro, who was expected to attend Tuesday's inaugural session after years of steadfastly avoiding sessions overseen by the opposition.