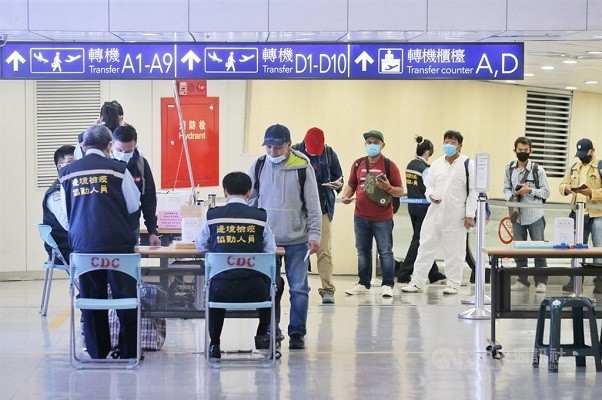 TAIPEI (Taiwan News) — The former chief of the U.S. Centers for Disease Control (CDC) has commended Taiwan for having the most expeditious response to the pandemic.

In an article published by The Wall Street Journal, Tom Frieden, president and CEO of the Resolve to Save Lives initiative and director of the CDC under the Obama administration, listed Taiwan on an honor role of places that have been exemplars for their handling of the coronavirus.

Taiwan is the "best at early action," according to Frieden, who contrasted its one COVID-19 death per 3,366,140 people with the U.S.' nearly one in 1,000 who have died from the virus. Frieden observed that the U.S., which continues to set ever higher records, exceeds Taiwan's total infections and deaths every five minutes.

The health expert pointed out that Taiwan was the first to observe cases of the new pneumonia-like illness emerging in Wuhan and that the swift action the country took — suspending flights from China, implementing strict quarantines, testing, and increasing face mask production fourfold — allowed it to contain the disease. These policies account for the nation's low number of cases — 815 as of Tuesday (Jan. 5) — all but 56 of which were imported, he said.

He also lauded the medical support coronavirus patients and their contacts received, including the NT$1,000 (US$33.33) per day compensation for the quarantined.

Frieden handed New Zealand the distinction of being "best at crushing the curve," crediting that country's success to its early lockdown, society-wide cooperation, and the "empathetic, clear communication" of Prime Minister Jacinda Ardern's administration.

The former official dubbed Hong Kong "best at quarantining," citing "mandatory isolation protocols and quarantine centers," but did not detail how Hong Kong fared better than Taiwan by either metric, noting only that Hong Kong has one of the densest populations on Earth. The special administrative region has recorded over 9,000 infections and 151 deaths.